Stinkor - Vintage Masters of the Universe

Stinkor is a classic example of how Mattel reused parts in the vintage Masters of the Universe line. This may be considered cheap by some, but it resulted in some great figures back in the 80's that didn't feel too recycled to us kids. Stinkor is a large humanoid skunk. He is a repaint of Merman's head on Skeletor's body. With the great black and white paint scheme the parts are almost unrecognizable unless compared directly together. 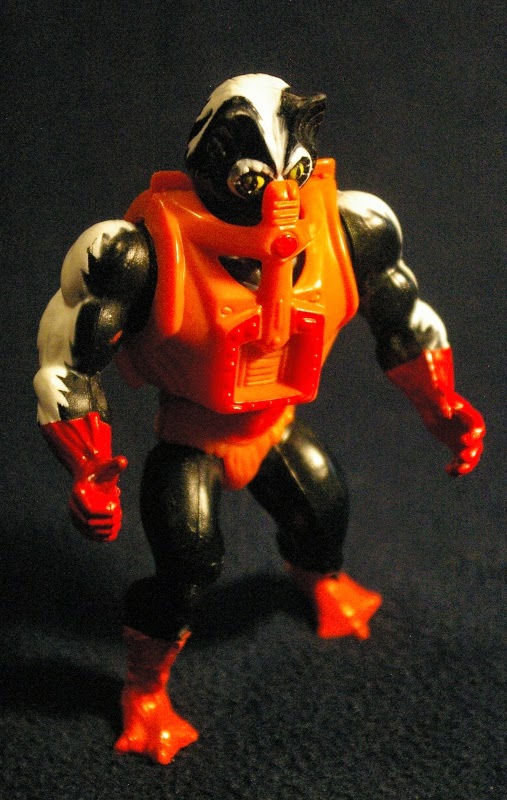 Stinkor came with a orange set of armor that is identical (except in color) to Mechaneck. He also came with a shield that was reused from Castle Grayskull. The real thing that set Stinkor apart from other Masters figures, was that a chemical was mixed with his plastic at the factory that makes him actually stink! 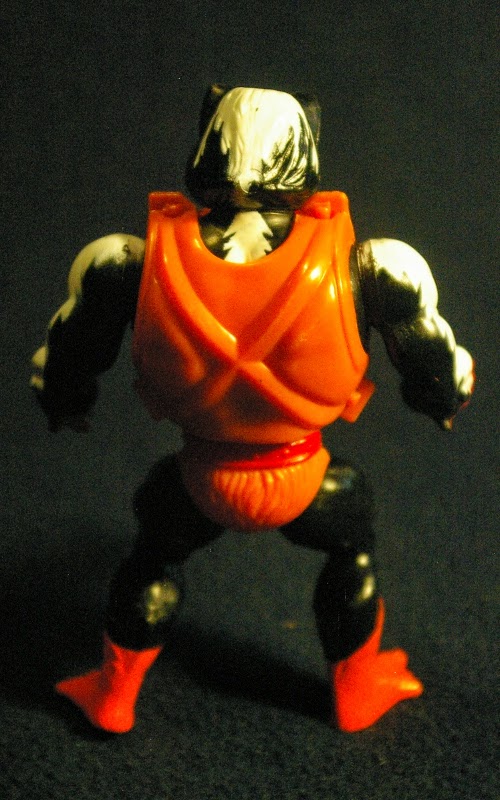