Forgot to post this yesterday, but I picked up the T-800 and Sarah Connor from the T2 ReAction line from Funko. I'm really happy with the T-800 and it just reminds me how awesome Terminator 2: Judgment Day really is.

I picked up the T-1000 Officer with a hold in his head as well as the regular and frozen T-1000 Patrolman figures from the T2 ReAction line. Check out the video review below for details.

The Clown Prince of Crime, the Joker from Mattel's DC Universe Classics line. This Joker figure is a great representation of his classic comic look. Dressed in his purple suit with yellow/orange vest. His outfit is compete with a yellow flower on his lapel. 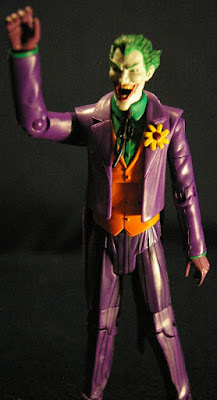 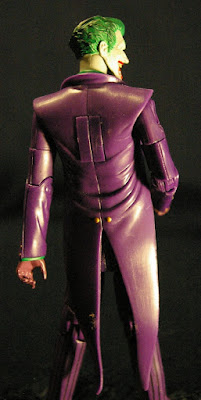 The Joker came with several accessories, but unfortunately they were not readily available to be photographed. He came with a cane, mallet, playing cards, and joker fish.

The T-800 is a classic Sci-Fi/Action movie bad guy. The Terminator still holds up today and back in the day only got the wacky Kenner figures based on T2. Here Funko tries to capture the magic of the original film with there ReAction line. 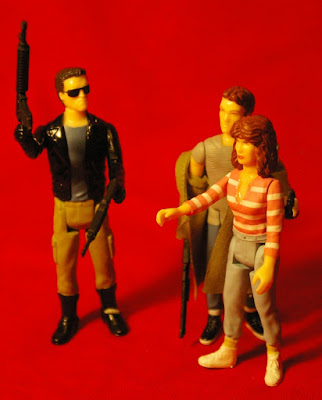 This isn't the only version of the Terminator that Funko has released. But I feel this on is more iconic and captures Arnold's likeness a little better, but that might just be due to the sunglasses. He's dressed in a leather jacket, gray shirt, tan pants, and boots. 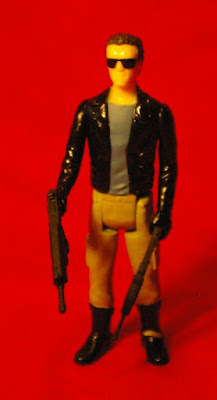 The T-800 Terminator comes armed with two different weapons he using to try to kill Sarah Connor in the film. 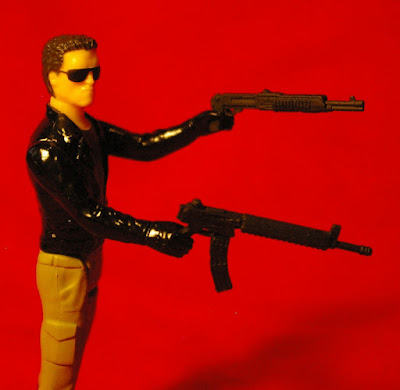 I wonder if they'll ever make a Time Traveling Terminator figure. Ya know, Arnold in the buff. They'd have to do some sort of interesting shadow paint effect on the figure to hide his junk. Maybe Terminators are like Ken dolls in the front? 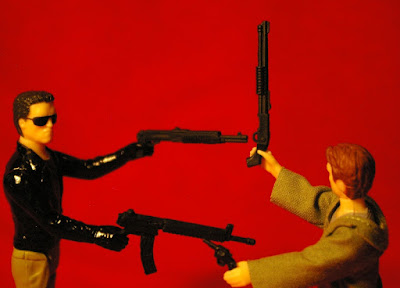 Power Droid from the Vintage Star Wars line was about as basic a toy as you could get from this line, yet everyone loves this guy. He's a little blue box with two movable legs and some stickers. He also has a tiny rubber antenna on his back corner. This is often missing, and on mine (pictured below) that top cylindrical part is missing from the square base. Perhaps his best feature is the little clicking sound  Power Droid makes when you move his legs. 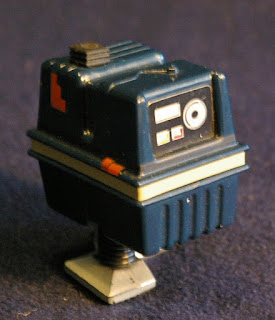 As a kid my buddy Derek and I used to always have Power Droid walking around Jabba's Palace. We would pretend the Gamorrean Guards would think he was a mini-fridge and open his front panel looking for soda. They'd always be disappointed to just find circuits.
Posted by Buzz Chuck at 4:56 PM 2 comments:

As a kid I loved the California Raisins. I'm a stop motion animation junkie and I always have been. I used to buy up the little PVC Raisins at yard sales and a couple of my relatives used to give them to me as presents. Today I want to show off two guitar playing Raisins. The first one with the yellow guitar has a bit of a hippie look going on. He has the round John Lennon glasses going on along with a head band. The second Raisin playing the blue guitar is a more familiar style with his orange sneakers. 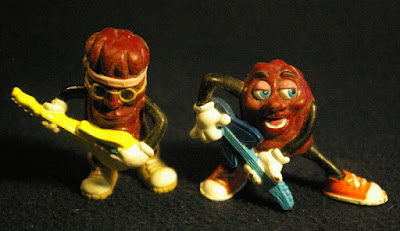 As a kid I actually wore these goofy California Raisin sun glasses. My mom gave them to me as a gift one time because I was so obsessed with the Raisins. I quickly outgrew them because they are tiny kids glasses. 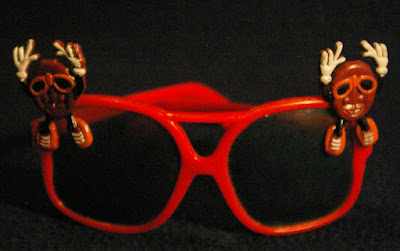 I shot this video a while ago, but it didn't get published until today. Check out my video on the Funskool Devil Fish, part of the GIJoe International Heroes line from India. I loved the original Devil Fish as a kid. When I had the ability to pick up the wacky Funskool version I couldn't pass it up. 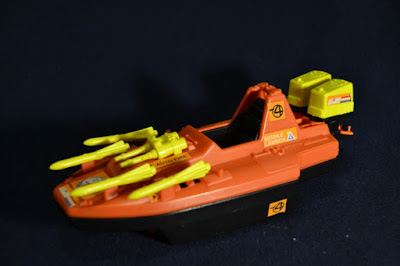 We saw a lot of cool reveals at Comic Con from Mattel. One of the items they showed was the Classics version of Night Stalker, so today I'm posting about the vintage Night Stalker. The two robotic horses were some of my favorite rides from the vintage line (besides Battle Cat). I'm so happy to finally get them with articulated legs for the modern line. With Night Stalker scheduled for release, Stridor can't be to far behind.

As a kid I got the Fisto & Stridor gift set for my 5th birthday. I bought Jitsu at a yard sale but paired him up with a brand new Night Stalker later. I really enjoyed the two characters with metal hands both having metal steeds 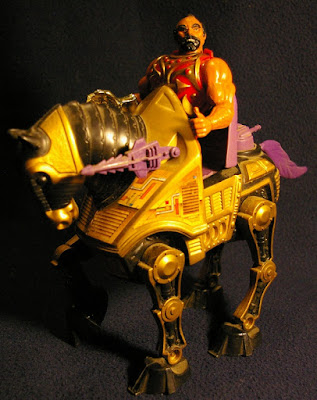 Night Stalker has two front facing laser cannons, a rear cannon and a posable tale. Night Stalker also originally had a purple helmet like armor piece, but it's missing these days. 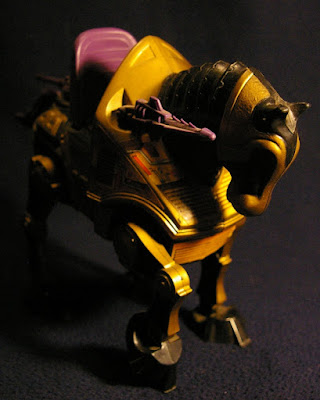 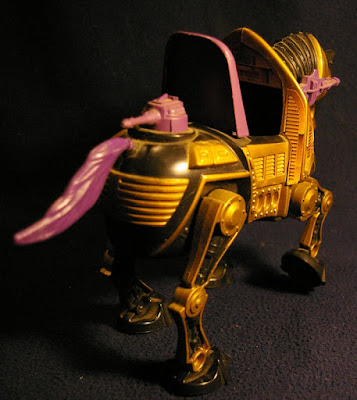 I haven't posted any Flea Market Finds recently. I'm trying out a video version. Let me know what you think? This episode includes Batman, Star Wars, He-Man, She-Ra, and other toys. 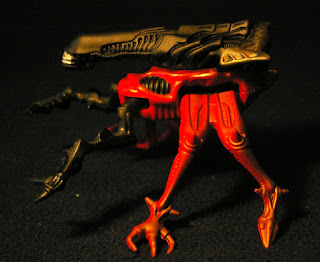 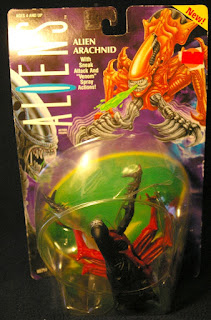 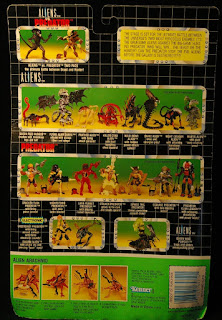 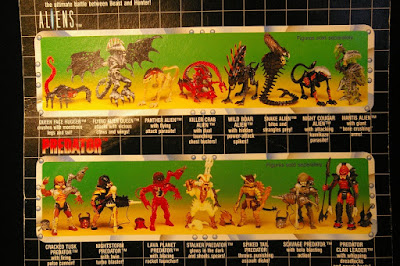 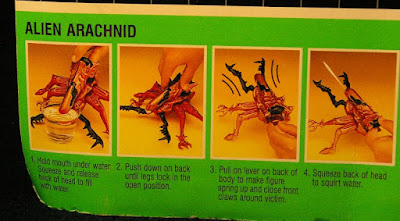 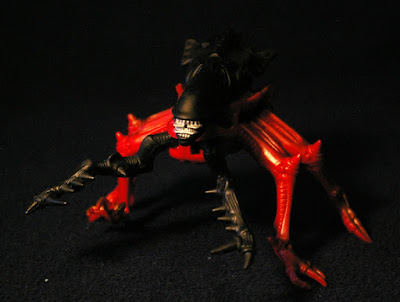 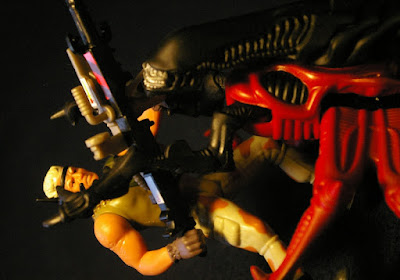 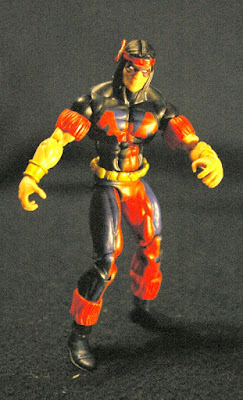 Too Many Games 2015 - Gaming Convention Visit

This past weekend Baby Skeletor and I attended Too Many Games 2015 in Oaks Pennsylvania. It was a good time as usual. I volunteered at the show and Baby Skeletor enjoyed checking out all the video game related merchandise and Panels. His favorite panel was the "Talk about Games" panel with Ryan Schott and Mike Matei. There was a live Super Smash Brothers Wrestling Show at the convention that everyone said was pretty awesome.

Check out the video below for more on Baby Skeletor's adventures at Too Many Games.

Posted by Buzz Chuck at 7:24 PM No comments: