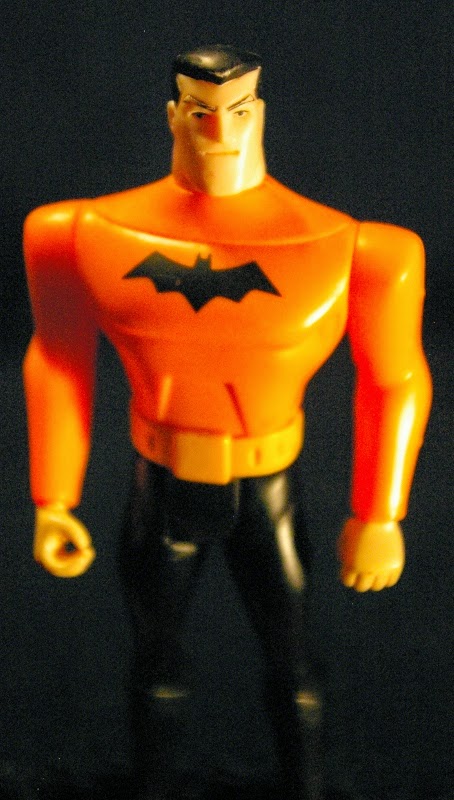 I like to call this figure "Halloween Batman" because of his orange and black color scheme. His cowl is a little goofy, but I always liked the Bruce Wayne/Batman dress up figures. He also came with clip on gloves. This figure has been released in at least two other color schemes (Red and Gray) I bought another version of him at a flea market not to long ago. 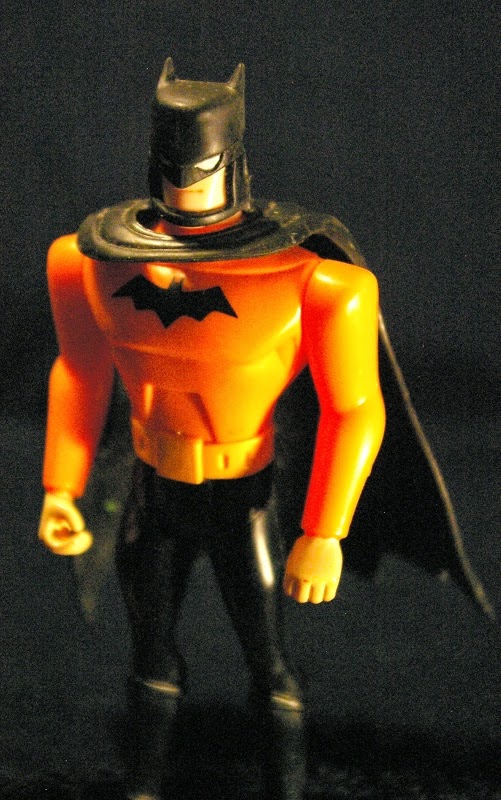