I don't usually post toys from the same line two days in a row, but I felt the need to with this fellow. Were would Bruce Wayne be without his butler, Alfred.  This figure was released as part of the New Batman Adventures toy line in a Toys R Us exclusive four pack. I remember seeing the pack at TRU while I was in college, but not buying Batman figures. Later on I found him at a yard sale and had to grab him. 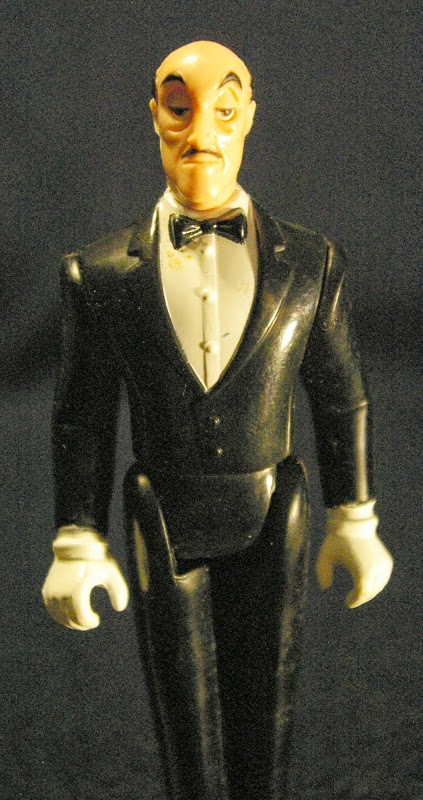 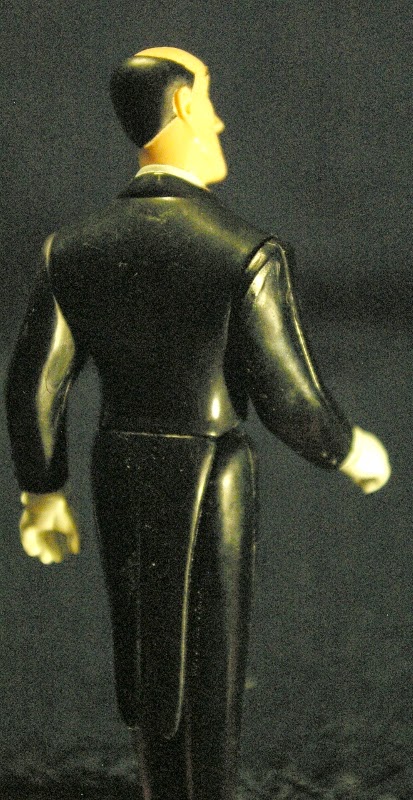 Alfred is dressed in a black tuxedo and originally came with a tray of food. This was a perfect accessory for a butler. He's a quick photo of him with Bruce. I'm really glad they made a figure of this character, Alfred is so important to the Batman mythos, but he's not a hero or villain so he's often overlooked. 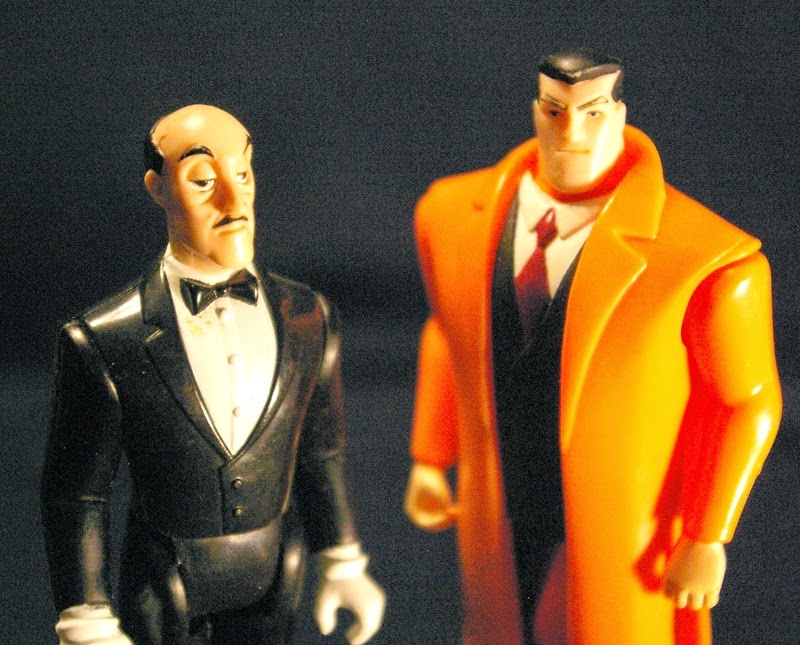