Mantenna is one of the creepiest toys produced in the Master of the Universe toy line. He came out in 1985 as one of members of the Evil Horde, an all new team of bad guys. These characters we be featured as the villain in the She-Ra Prince of Power cartoon due to the fact that the vintage PoP toy line didn't have a real strong group of evil characters. I really think the Evil Horde being used in the PoP cartoon was what helped make it such a popular show for boys and well as the girls the toys were aimed at. 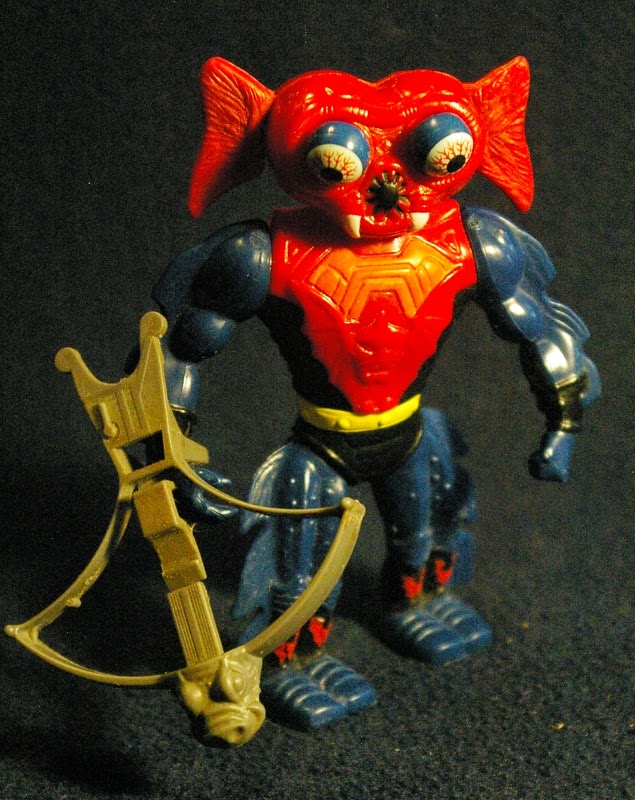 Mantenna is the evil spy for Hordak's army, but his eyes are less helpful than Mechaneck's neck for looking over tall objects. There is a lever on Mantenna's back that raises and lowers his eyeballs. Like most of the new Horde characters, Mantenna has a lot of new parts. This was unlike many of he earlier He-Man characters 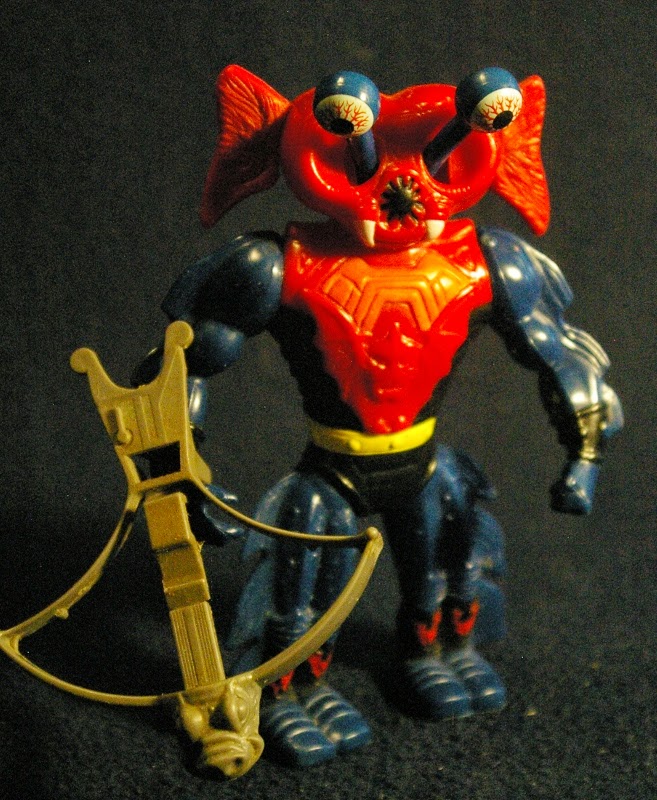 One of the most interesting things about his design is that even though the toy only has two legs, they are sculpted to look like he has four small legs. This was much more clearly represented in the Filmation cartoon. 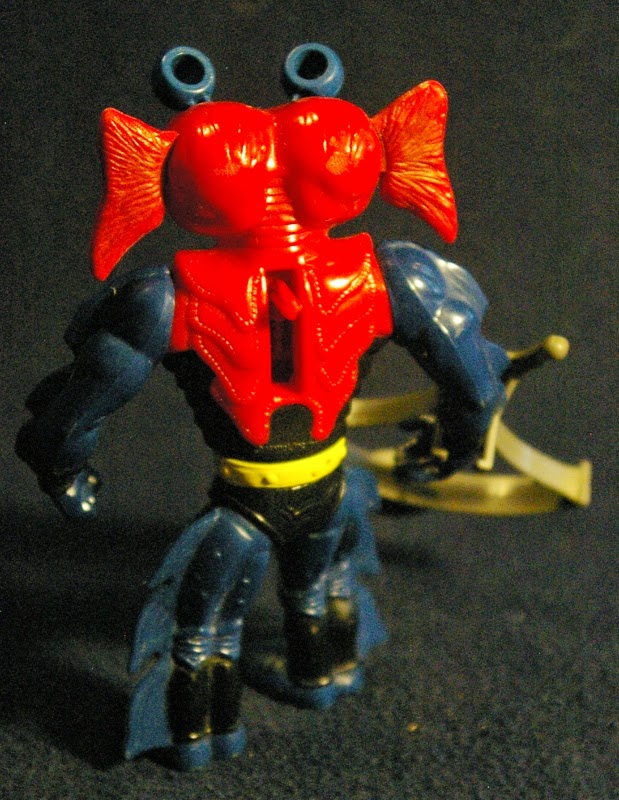 In addition to his eye-popping action feature, Mantenna came armed with a gray Horde crossbow. I guess since these figures didn't share many body parts they had to share weapons or else they wouldn't feel like Mattel was cutting enough corners for them to be part of Masters of the Universe.
Posted by Buzz Chuck at 2:24 PM