As a kid I had two different Teenage Mutant Ninja Turtles wrist watches. Pictured below is the first one I received which features Michaelangelo. The band to the watch was a flexy piece of orange plastic. The main part of the watch is a green oval with a little Michaelangelo attached to the top. You can see that a lot of his orange paint has worn off. I wore this watch a lot in elementary school. Later I was given a Donatello watch, but the style of the character on the second one was closer to the look of the cartoon turtles verses the vintage figure look of this watch. 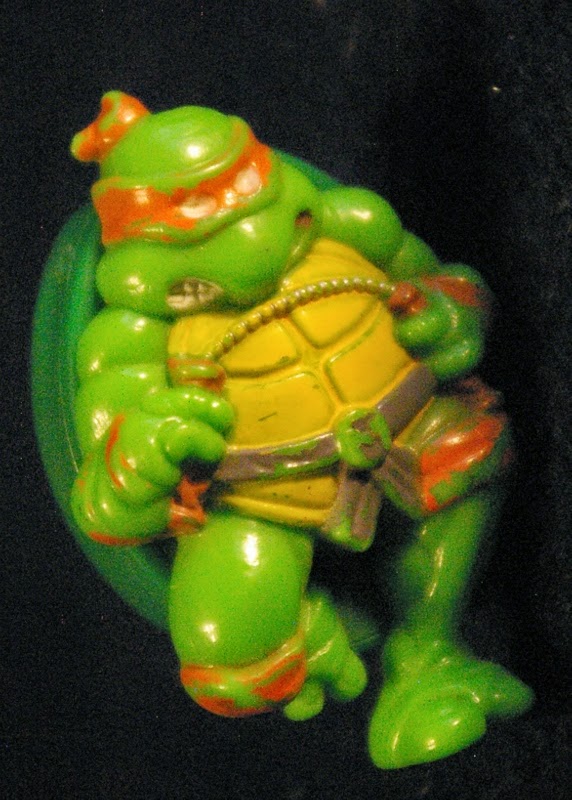 The little figure of Michaelangelo flips up to reveal his name, the time, and two buttons for setting the hours and minutes. The watch eventually wore out and I took it a part. I was interested in what kind of electronics were inside of things as a kid. I save the little figure from the front of the watch in a box with other Turtles items. I don't know what happened to the Donny watch but I wore that one some as well. So whose going to watch the Bay Turtles? (pun intended) 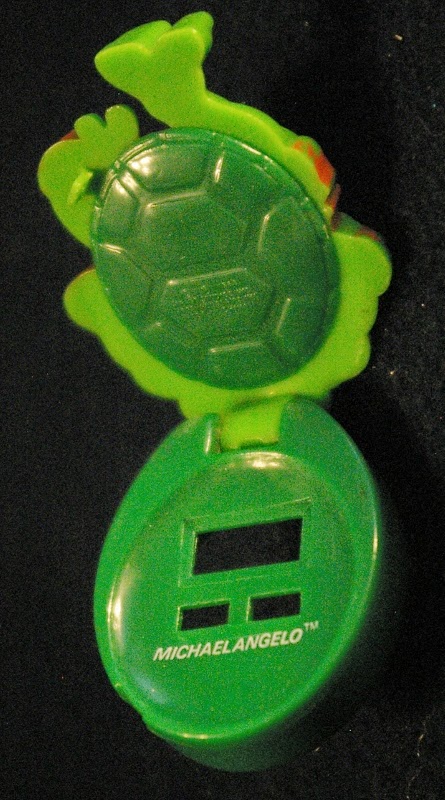