It's always tough to be a girl action figure in a boys toy line. But then again, Princess Leia proved to be a tough chick over and over again during the Star Wars Saga. As a kid my best friend Derek and I played Star Wars almost every weekend in about 2nd an 3rd grade. I'm talking about 1991 or '92. Long after the vintage Star Wars toys were out of retail stores. Most of Derek's collection were hand-me-downs from his Uncle who was a toy collector. Most of mine came from yard sales We found a comic shop that sold figures and both our collections grew over the years. I remember paying $8 as a kid (more than a weeks allowance) for my "A New Hope" Princess Leia. She was in pretty good shape, but not as nice the one pictured below. Eventually I picked up this almost mint Leia and gave her the cape from the one I bought many year ago. The slightly yellowed childhood Leia eventually was turned into two different custom figures for a stop motion show that we never completed. 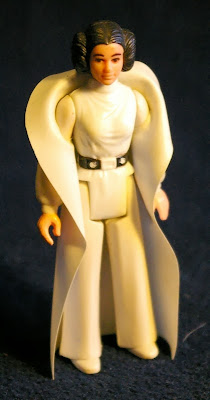 I remember owning this Leia and Bespin Leia long before my buddy ever owned a Leia. He eventually got the super cool Boussh Disguise Leia from Return of the Jedi. I still need to pick up a Leia blaster so this Rebel can zap some Stormtroopers. I'm still a little sad that Leia didn't rock the "star puff" hair style in any of the sequels. 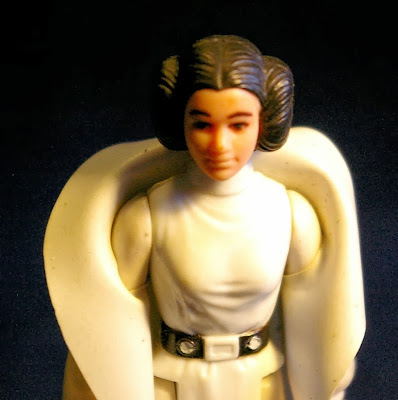