Vigo was the main villain in the Ghostbusters sequel. The tyrannt and sorcerer who comes out of a piece of ancient artwork to haunt New York City.  Vigo was one of the few villains to be made for the Mattel Ghostbusters line. He was originally sold on MattyCollector.com, but I picked him up on clearance at Big Lots when I was hunting for Masters of the Universe Classics figures. 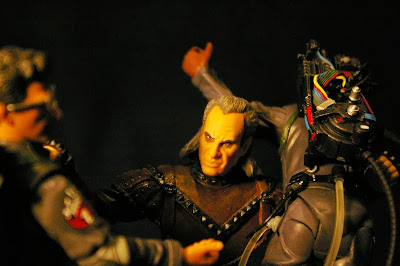 Vigo has a great sculpt, but I have a pretty big problem with his articulation. For starters his outfit really hurts the range of motion in his shoulders. My real problem with this figure is that he has no elbow or bicep rotation point. He can't put his hands on his hips. Not this pose may not be a requirement for all action figures, but the guy is seen in that pose in a painting for like half the movie. 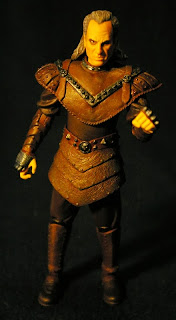 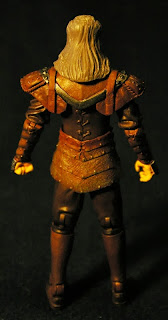 Vigo came with a cool lenticular card featuring the painting of him from the movie. When you look at it from one angle you can see Vigo, and from another angle he fades away... just like when he is released from the painting in the film. 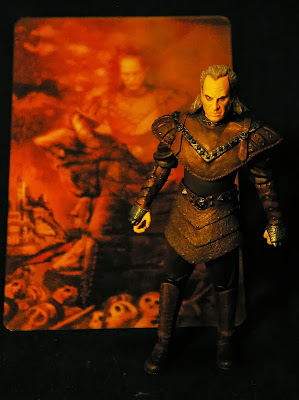 The back of the lenticular painting features the painting of the Ghostbusters from the end of the film. The back is not lenticular, but was a cool inclusion. I'm actually thinking about framing the Vigo side of the card and hanging it somewhere in my house. 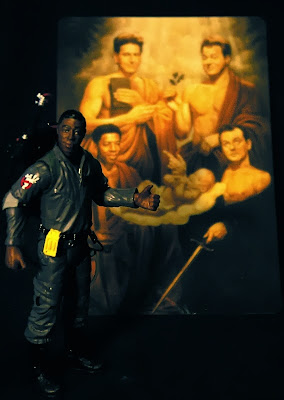 I'm not doing an official Halloween Count Down, but I do plan to post a lot of creepy, scary, monstrous, and ghostly toys this month. There will be some normal toys post this month as well. Below is the my favorite photo I took at work this weekend at the Haunted Hayride. This is Henriette our fire breathing dragon. She's been part of the attraction for 20 years. She got a makeover last year.