Last year while making a stop motion animation video with my sixth grade Science class, the need for a hunchback arose. I started a series of Mad Scientist videos to help explain concepts to the kids that we were learning about in class. Then the kids got involved in writing them and doing some of the animation. The kids wanted to add a bunch of characters for the 3rd video so that way more of them could do voices. They really wanted an assistant named Igor to be in the video. The problem was I didn't have a hunchback toy. So I stopped by the local comic shop, but had no luck. I ended up picking this guy up off ebay. 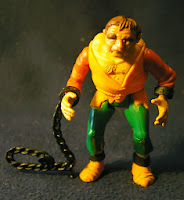 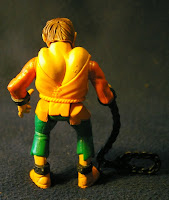 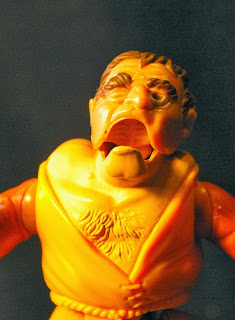 The Real Ghostbusters Hunchback was made by Kenner. He never appeared in the cartoon show. The Hunchback is dressed in a yellow shirt and green pants. He also has black chains and shackles on arms and legs. When you squeeze his legs together his arm flail and his mouth opens up.

If you want to check out the videos we made they are linked below. I wanted to try to crank out one or two more science videos this year, but they take a lot of time and with all the changes in my schedule I'm spending so much time preparing for class I haven't had time to mess with a video.

I saw the "Carrie" remake last night. I enjoyed the film, but it doesn't really compare to the original. It just wasn't anywhere near as creepy. The way she uses her powers made me feel like I was watching a Jedi use their powers rather than a high school girl who has amazing telekinetic powers that she can access when she is enraged. My Facebook status last night was: "If someone had dropped pigs blood on Anakin Skywalker at his prom, his transformation into Darth Vader would have been more believable than anything that happened in the Prequels.
Posted by Buzz Chuck at 9:58 PM