This year Matty Collector has offered a special "add on" subscription to their Masters of the Universe Classics line. The extra figures this year are all inspired by the Filmation He-Man and She-Ra cartoons. While Batros looks like he should be a member of the Evil Horde (which are the villains in She-Ra) he is actually one of Skeletor's Evil Warriors. 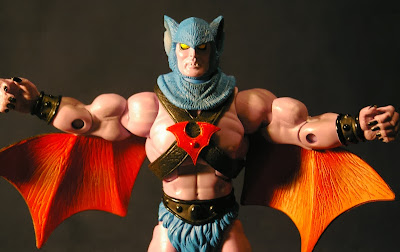 Batros is a mix of man and bat. He has bluish bat-ears and fur on his head. His skin tone is a pinkish purple. Batros wears blue furry underwear and boots (I think, but it might be his fur? gross). He also wears a harness with a red bat in the center, similar to the Horde logo. He also has small red and black batwings growing under his arms. 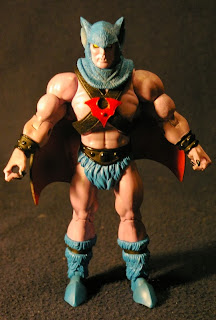 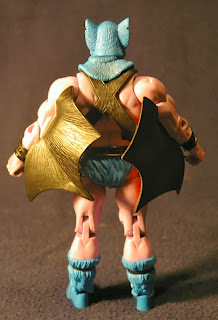 Batros came with a single accessory. It is a recolored version of the spiked mace  that came with Spikor. This time it's painted black with read spikes. Batros has some interesting parts. I think his feet are new, and it makes me wonder if Mattel has other plans for them. 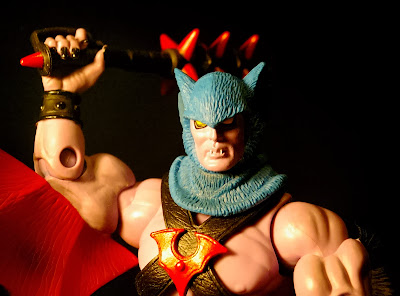