In recent episodes of Power Rangers Megaforce, the Rangers have found new Zords that activate their Ultra Modes. Bandai released single packs of these Ultra Mode Rangers with really cool shiny foil armor. They have also released a Toys R US gift set called the Ultra Action Pack that contains the five Rangers in their Ultra Armor along with the bad guy Vrak. This gift set contains Rangers with gold plastic armor, but it's not foil/chrome like the single pack release. 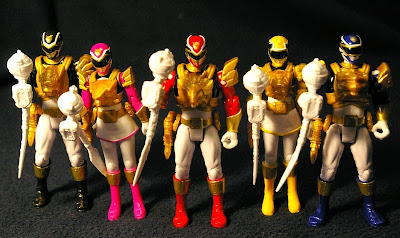 Each Ranger comes with their identical Ultra Swords, Blasters, and Morphers. Even though the guys and the gals share a lot of tooling, they each have their unique Ultra Zords on their chest. As compared to the previous release the normal rangers, these figures have the same heads and upper legs, but because of the armor they have new torsos, arms and boots. 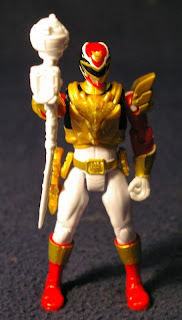 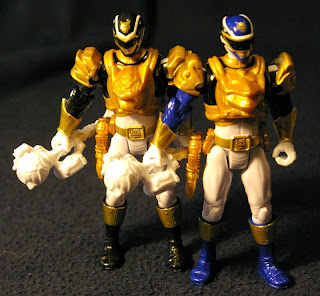 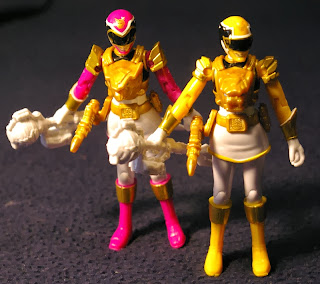 Vrak is the leader of the alien bad guys from the series. He has some interesting blue and silver armor. He has yellow wings on his back as well as a silver staff. Vrak and the Ultra Rangers have some limitations to their articulation due to their armor. Their shoulders can not be raised as high as a standard figure because the armor gets in the way. Vrak has less articulation that the Rangers because he doesn't have twists at his gloves or boots. 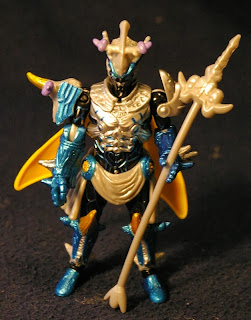 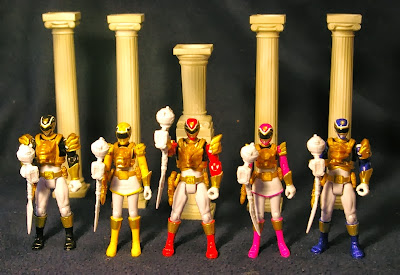 Here is a closer look at the Red Ranger's Ultra Sword and Ultra Zord. The Zords are removable, but I don't know if it was exactly planned. I think they really just come off so they could tool one male torso, one female torso, and then five small Zord heads. I was kind of disappointed that the little Morphers can't connect to the block on the handle of the Ultra Swords as they do in the show. 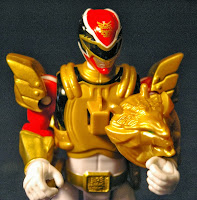 These pictures are here to show off the similarity and differences between the two different release styles. The comparison between the normal Rangers and Ultra Rangers. I have also included an image of an Ultra Ranger next to Robo Knight so you can see the difference between the shoulder armor. 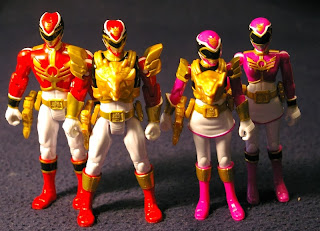 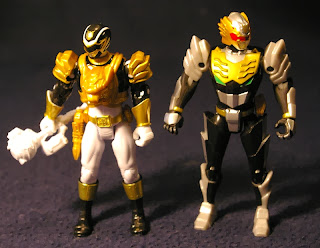 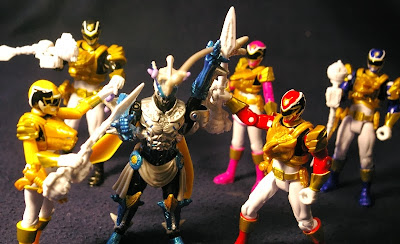