Mothra Attacks or Caterpillar in a Toy City?

In the 90's there was a show called "Ultraman: Towards the Future" filmed in Australia. It featured Ultraman Great battling many classic Ultra-Monsters. The short lived show also had a short lived toy line. One of the accessories from the toy line is a miniature city play set called the Trash and Crash City. The set came with a play mate, collapsible buildings, a train, plane, truck, and high tension lines. My buddy Paul bought the set sealed at a yard sale, but gave it to me after he found out it didn't have a very good resale value. I took the set to school opened it up and used it in Photography class one time.

Today the French Teacher was trying to take a picture of a big caterpillar she and the kids found in the court yard. She lamented that it didn't look as big in the picture. I told her she needed some miniature buildings and a low camera angle to make it seem big. The reference when over her head, having never seen Godzilla vs Mothera. I went over to my classroom to start my Woodworking class. A few minutes later she showed up with the caterpillar climbing a little souvenir Eiffel Tower. She snapped a few pictures in my room and showed it to the kids. I remember my Trash and Crash City, so I got it out and snapped some photos. Not exactly what I expected to post about today, but I figured why not. 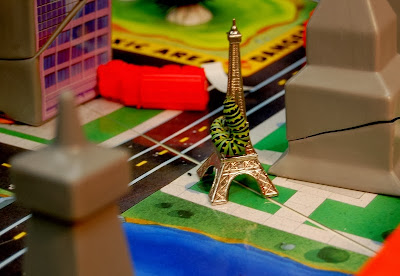 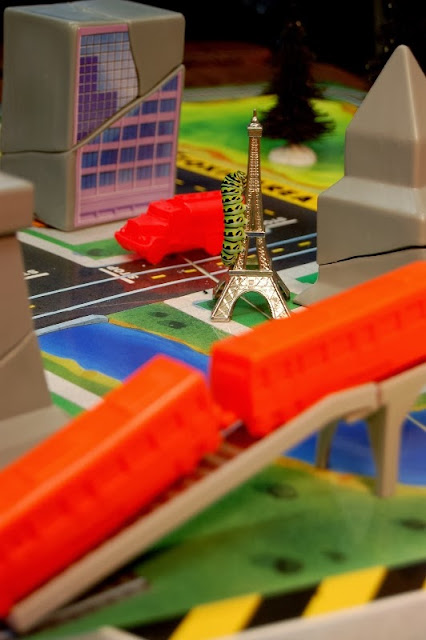 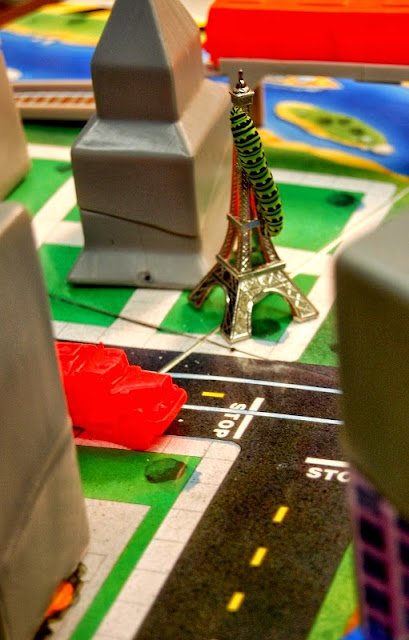 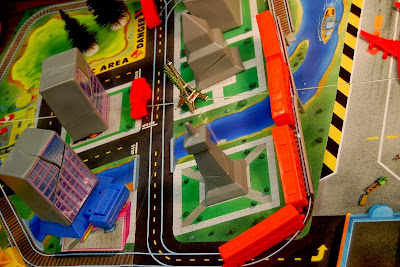 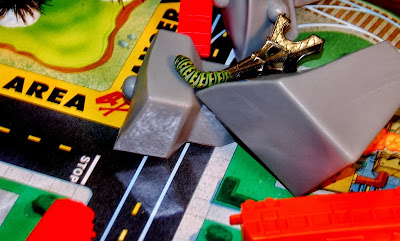