Like all the original GI Joe figures "Battle Helmet" Cobra Commander was released in a straight arm version in 1982 and a swivel battle grim version in 1983. Every time I look at these early goes I just think I'm so glad they added the swivel arm feature. It really did make the GI Joe figures so much more poseable. Who would have ever guested that when they created this nameless faceless villian in 1982 that people would still be making toys, comics, and movies about this character 30 years later. 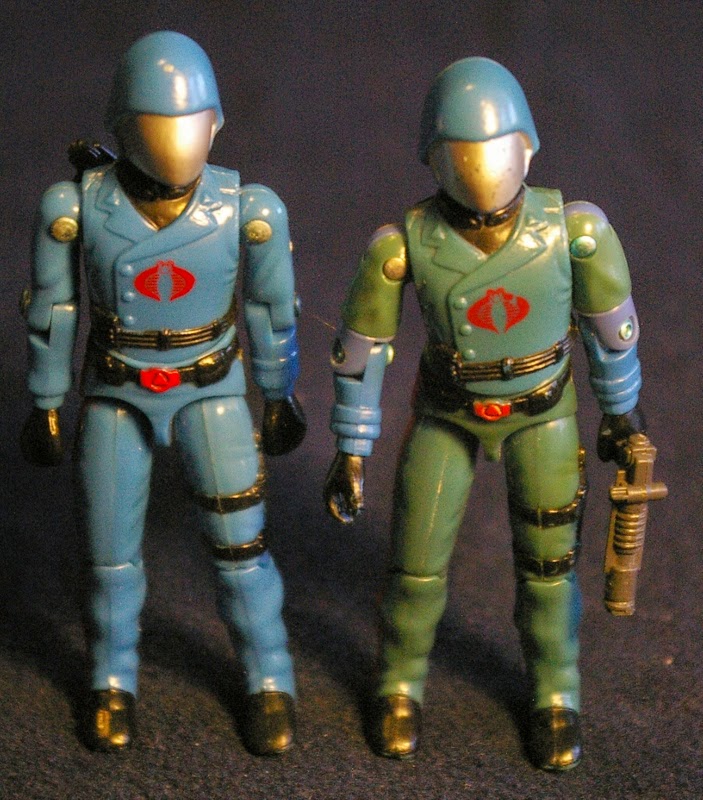 Cobra Commander wears a blue military dress uniform with a large Cobra logo on the front. His identity is covered by a blue helmet with a silver face mask. The entire figure mold (except the head) would later be reused for a hooded version of the Commander 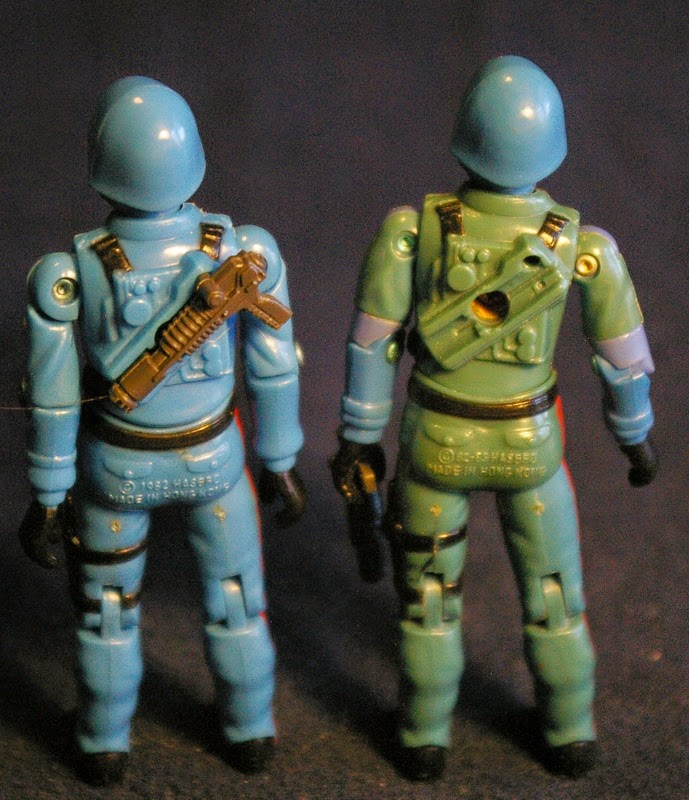 Cobra Commander comes with a dark gray hand gun tha is often described as a hair dryer. The coolest thing about the gun is that his back is molded to allow the gun to be stored on his back. This is a pretty unique feature in a line of over 500 figures only a few can have their weapons attached to their bodies.

Unfortunately my swivel arm Cobra Commander has yellowed quite a bit with age. I used him as one of three main villains in my stop motion animated series Action Figure Adventures. My friend Don Langsdorf provided a very funny voice for the character. 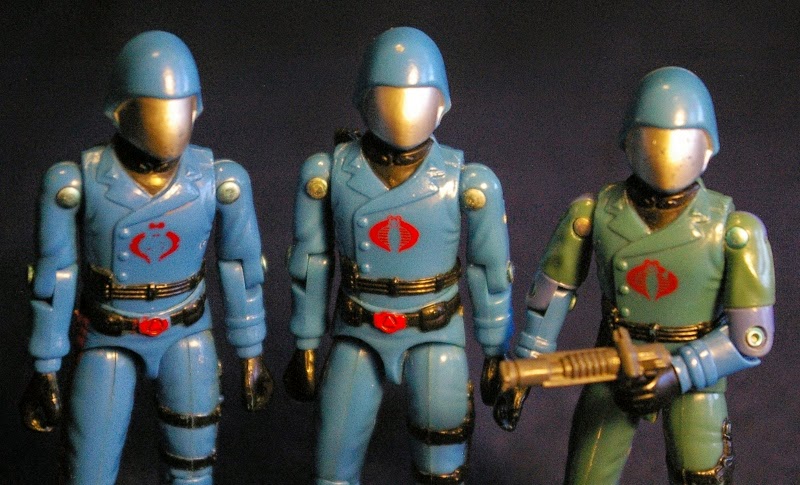 In addition to the two styles of arms  Cobra Commander was released with, there are also two versions of the straight arm figure. Very early samples of Cobra Commander's logo was not very clean looking. These figures are lovingly called Mickey Mouse Cobra Commanders and command a higher price (ha ha... pun intended). Quickly the logo was changed to the one we all know an love today. 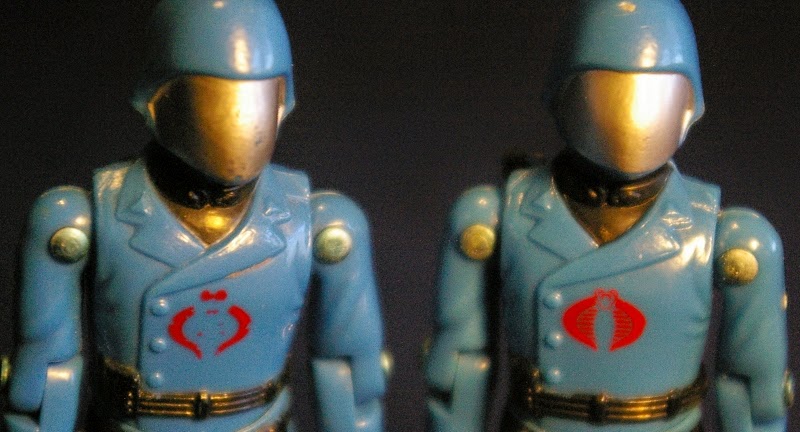 In 2004 my entire family went to Joe Con in Florida as a day trip while visiting my Grandparents. My sister remembered that I was looking for a straight armed Cobra Commander at the convention and tried to get me one at Christmas time. At some point she emailed me a description asking if it was what I was looking for. I told her yes, and then I pasted the description into ebay. The auction came up an the Straight Armed Commander she was bidding on was actually a miss listed Mickey Mouse Commander. So I watched her win the auction because I wanted to jump in if she bailed out before it reach a decent price for a Mickey Mouse Commander. My sister won the auction, gave it to me for Christmas, and I told her how much more awesome this figure was than what she thought she was buying for me.
Posted by Buzz Chuck at 10:30 PM