Allentown Comic Con was a blast! 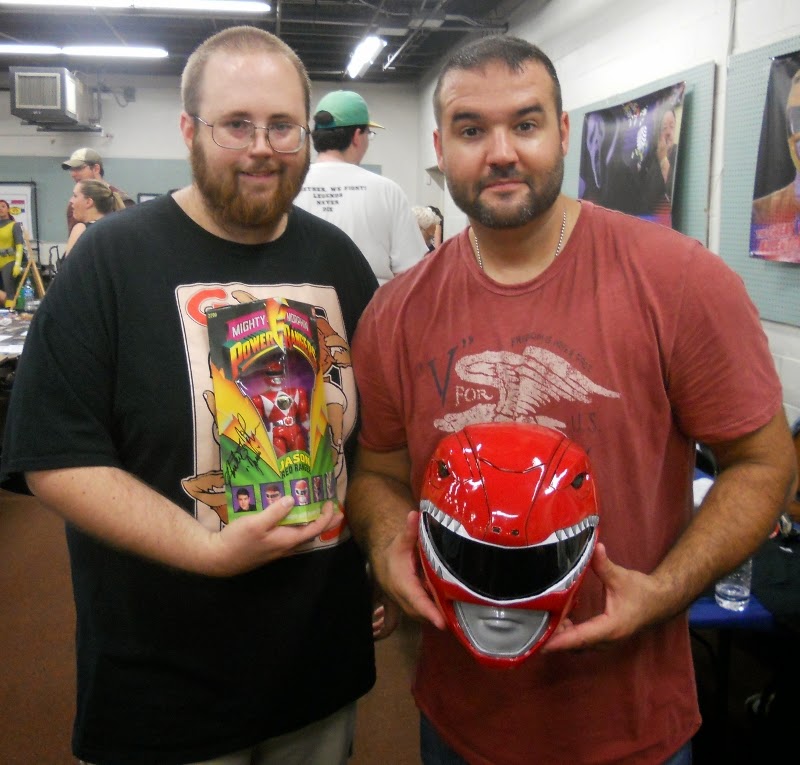 This is at least the 3rd Great Allentown Comic Con I've attended. Each time it's been a lot the same, a little different, and totally worth going each time.

This year I was super excited to meet Austin St. John who played Jason the Red Ranger on the first couple seasons of Mighty Morphin' Power Rangers.

He was the leader of the team and as cool as anyone could possibly be when I was in 5th grade. I loved the show but was kind of getting out of action figures at the time.

Austin has stayed out of the public eye in recent years. He's been doing a lot of work with soldiers as a paramedic. He sort of dropped off the radar for a long time, but has just recently started doing Convention appearances. He seemed super nice when I got to meet him, more friendly than I felt Walter Jones (The Black Ranger) was when I met him. 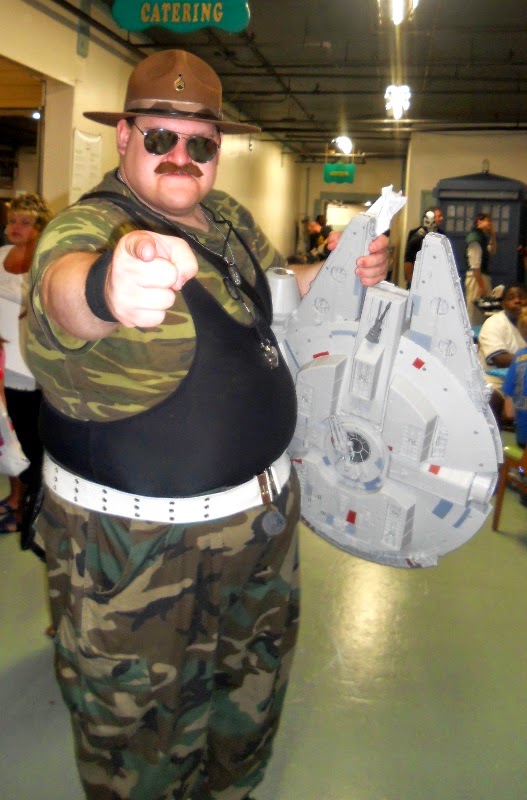 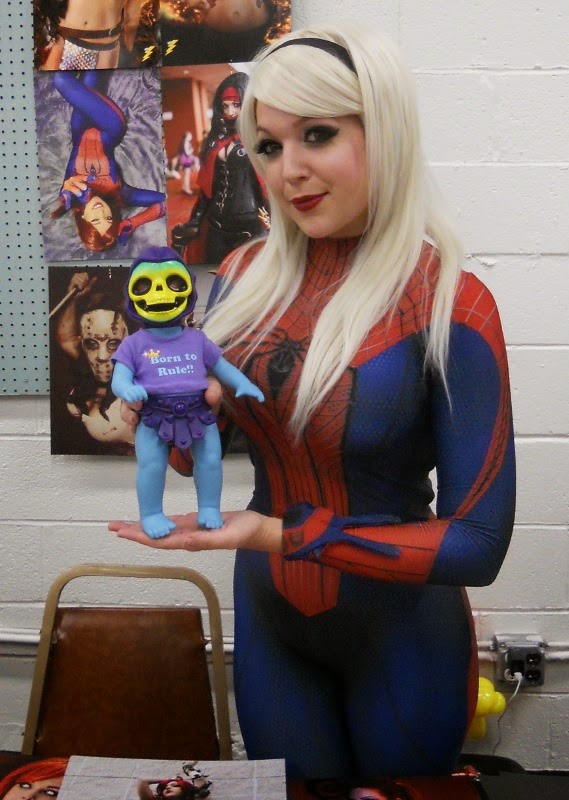 The cosplayer dressed as Sgt Slaughter may be my favorite costumer ever! I've seen him do Sarge as well as Peter Griffin from Family Guy. He looks good in both costumes and does an awesome job of doing both character's voices. He bought the "Big" Millennium Falcon off one of the dealers within the antiques mall that the Con is held. I had to get a picture of Sgt. Slaughter with his toy space ship.

As I was going around asking the different Cosplayers if I could take their photo with Baby Skeletor, Nicole Marie Jean said sure, but first she had to take a selfie with him. 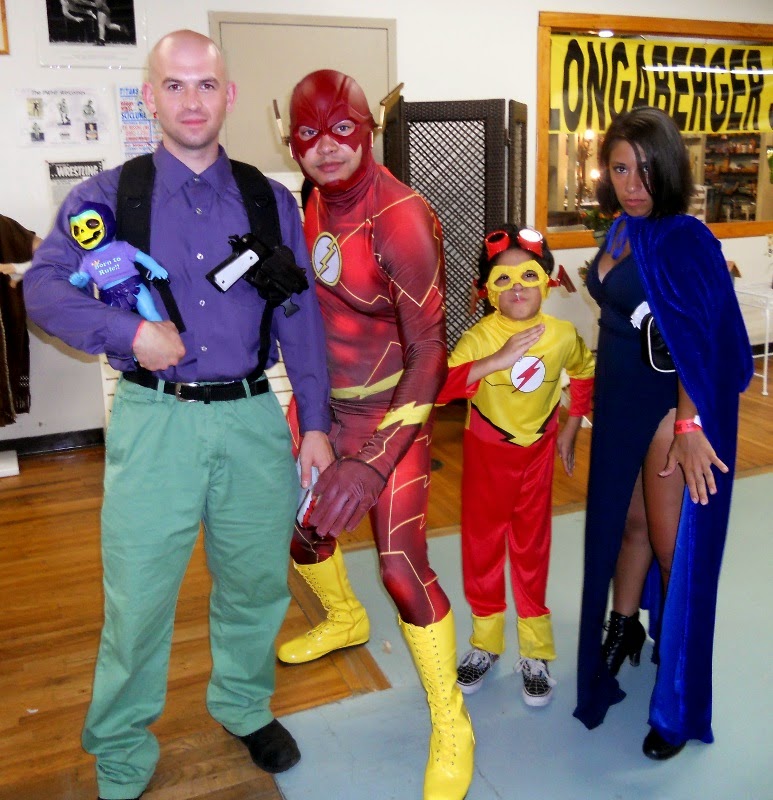 Baby Skeletor was hanging out with the Dreadnoks part of the day.
They kept pouring grape soda in his bottle. The caffeine kept him up last night. 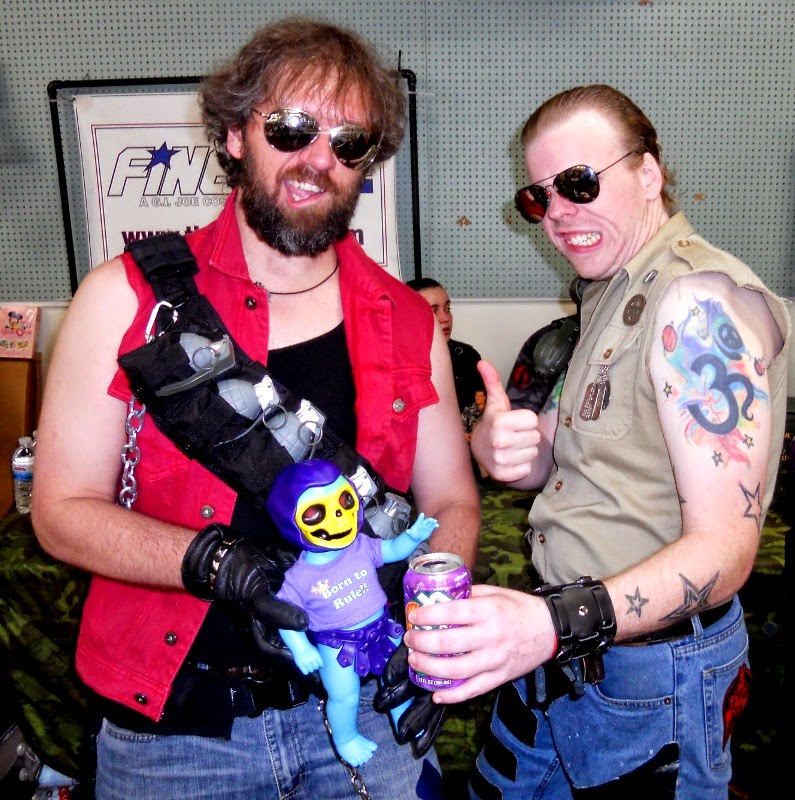 These two lovely ladies had no clue who Skeletor was and were very confused. At least they were nice enough to pose for a photo. Good looking Wonder Woman and Supergirl outfits. 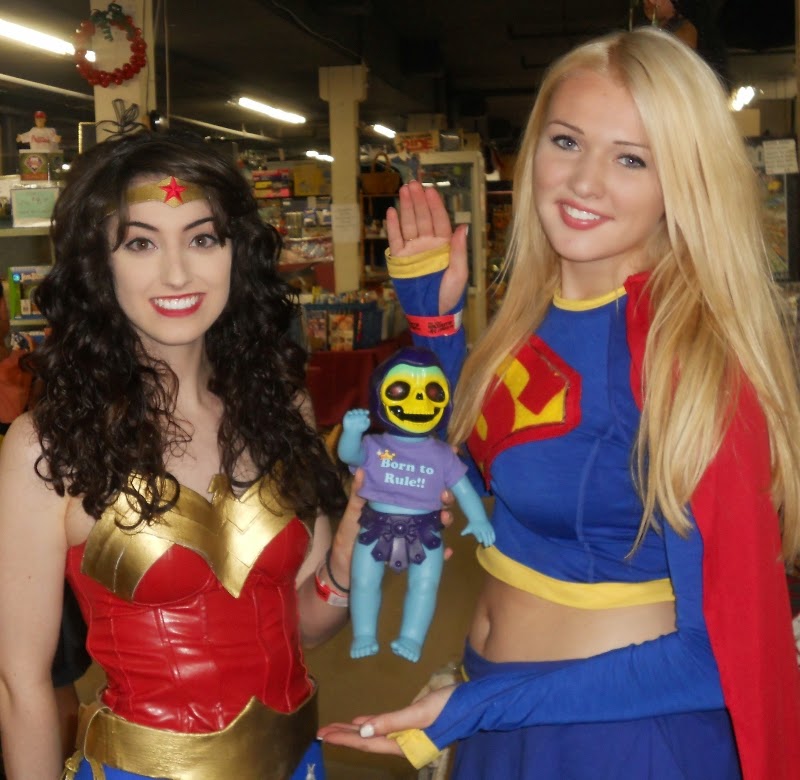 For more photos of the Great Allentown Comic Con check out the video below.


I'll be posting more about the con tomorrow. I picked up some cool action figures while I was there.
Posted by Buzz Chuck at 3:09 PM