There were three different 80's toy lines made by Hasbro that featured similar body construction, although they were all in different scales. GI Joe being the smallest, Visionaries in the middle, and Cops & Crooks being the largest. Visionaries are actually very similar in size to the Sgt. Savage GI Joe figures. What was special about the Visionaries toy line was that the figures, vehicles, and weapons featured holograms similar to the Super Naturals toy line.

My cousin gave me this Cryotek figure 2nd hand as a kid. Growing up I never knew what his name was because I didn't have any of the other figures from the line. I don't think I watched the cartoon either. I remember the toys being in stores and seeing commercials for Visionaries, but as a kid I had to be pretty selective about what toys I collected because we didn't get new things very often.

Cryotek is dressed in red and blue armor and has a bear hologram on his chest. The holograms were very vivid and clear on all these figures. 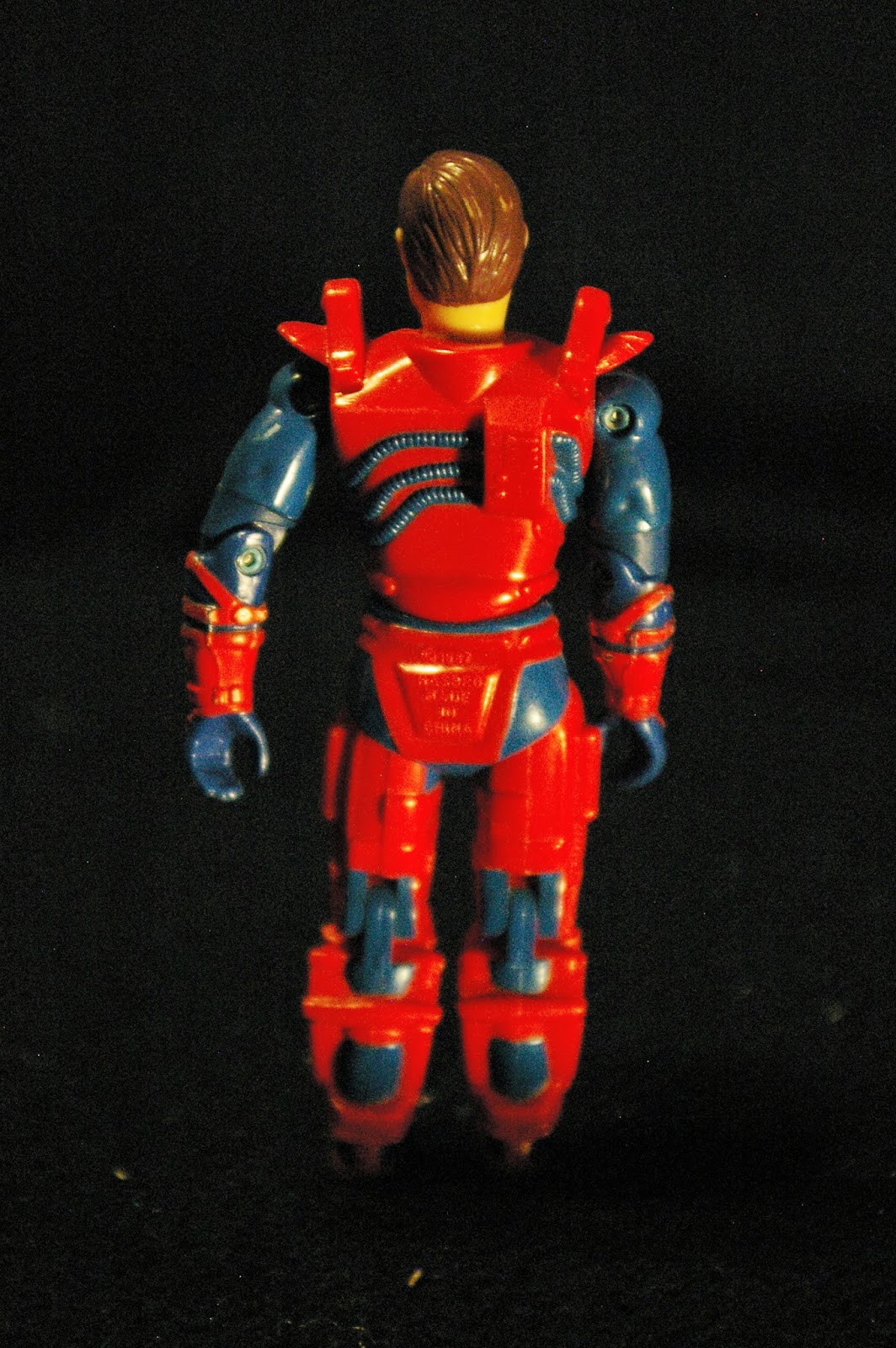 Originally Cryotek came with a blue helmet, silver staff, and silver three-headed morning star. All the staffs that came with Visionaries figure included a hologram similar to the one on their chest.

I used to play with this figures with my GI Joes some times even though he is extremely tall compared to them. I also used to pretend he was part of the Kenner RoboCop and the Ultra Police universe.

For such an interesting action figure, his head sculpt is super generic. He has an everyman look to him. The Visionaries didn't last long in stores and I'm not really sure why. I heard they were expensive to produce, but maybe too many kids like myself passed on them for other figures. I think I picked up his helmet at a yard sale in a lot, but I didn't put it with him right away, so it's not photographed.