Ecto-2 is a small helicopter (autogyro) the Ghostbusters used to battle ghosts from the air. In the Real Ghostbusters cartoon it fits inside the back of Ecto-1. It's a fun little toy that reminds me or the Cobra Fang and kind of looks like it could be a TMNT vehicle. 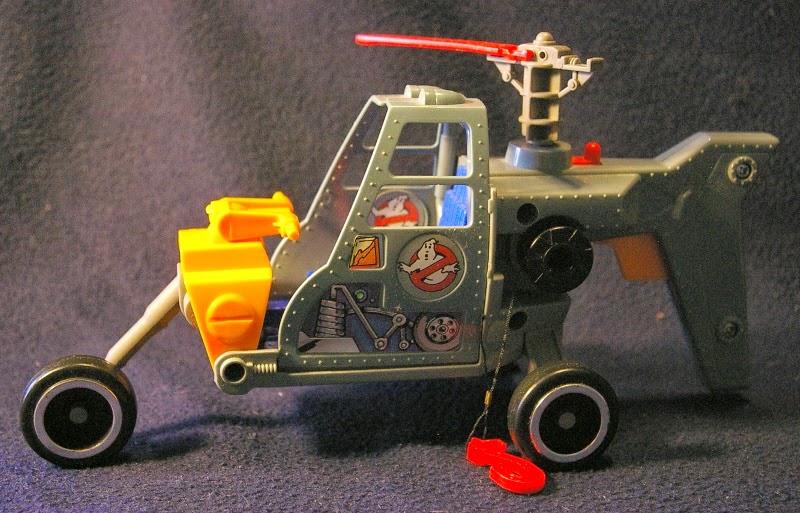 The Ecto-2 has fold down door/wings. Spinning red rotor blades  (missing one) that are activated by squeezing the trigger under the tail. The helicopter also has a rescue winch that really works to raise and lower figures or other items. Ecto-2 also came with a small red bomb (missing) that attaches to the bottom under the driver. 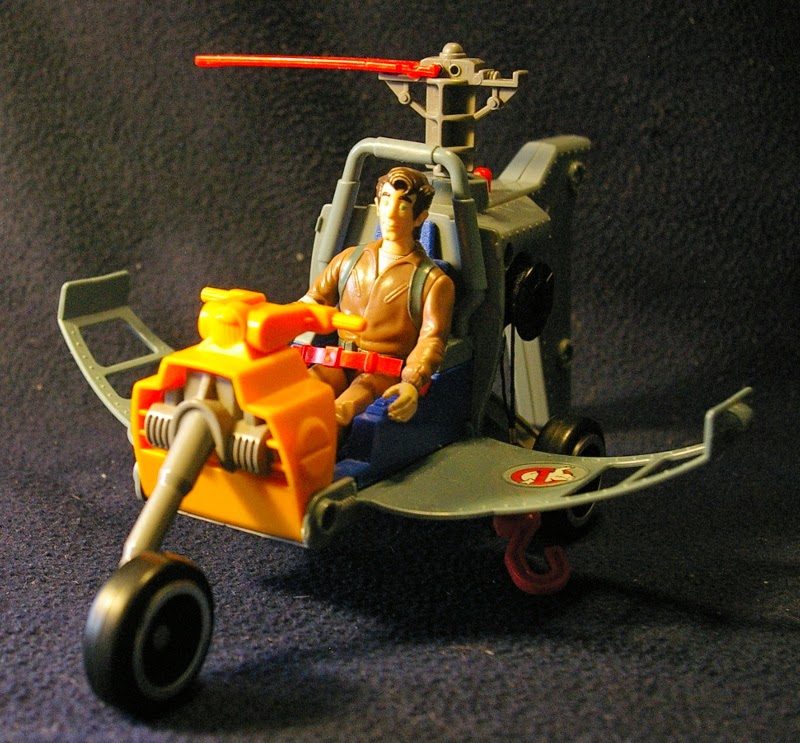 Ecto-2 is a really nice vehicle. It looks like they built it out of the front half of a motorcycle with some other parts. A good friend of mine had it as a kid and I played with it a lot. I got this one in a lot of ebay a while back when I was buying an action figure for a stop motion video project.
Posted by Buzz Chuck at 9:31 PM