Hawkman came as part of a DC / Masters of the Universe 2 pack with Stratos. The two winged warriors from their respective franchises packed together. My best buddy Derek has the Super Powers Hawkman when we were kids and he was an important part of our Star Wars Universe. This new DC Universe figure is incredible. He comes with large articulated wings and a really cool mace. The wings are articulated via a big hinge in the center of Hawkman's  back. They also have a pivot point at the top of the wing which is visible from the back of the figure. 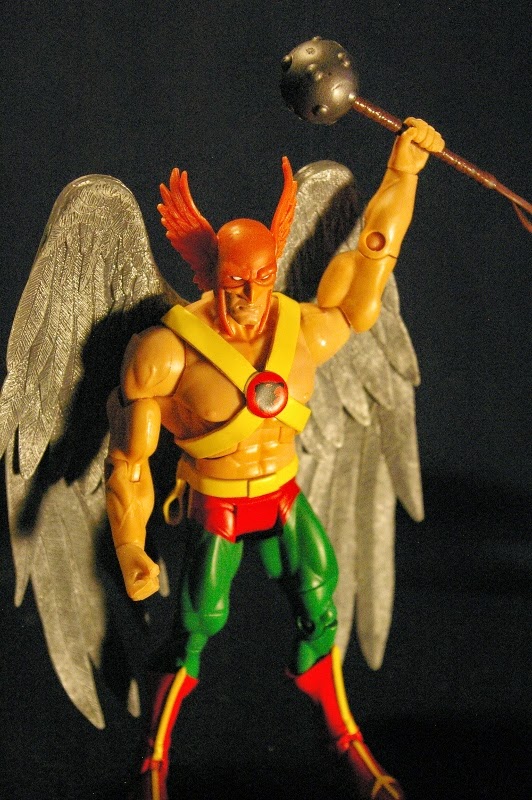 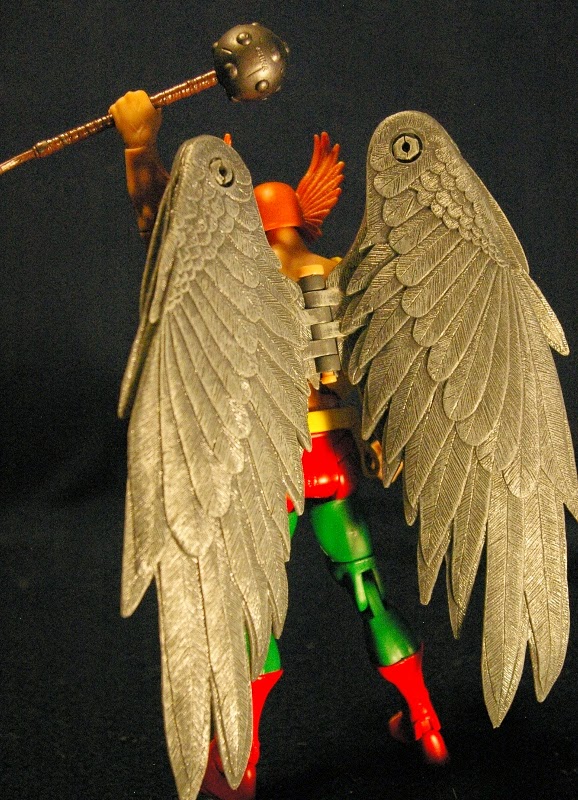 Hawkman has an insane wingspan and that's what makes this figure so impressive. I bought this two-pack for the MOTUC figure, but the DC Universe figure blew me out of the water. 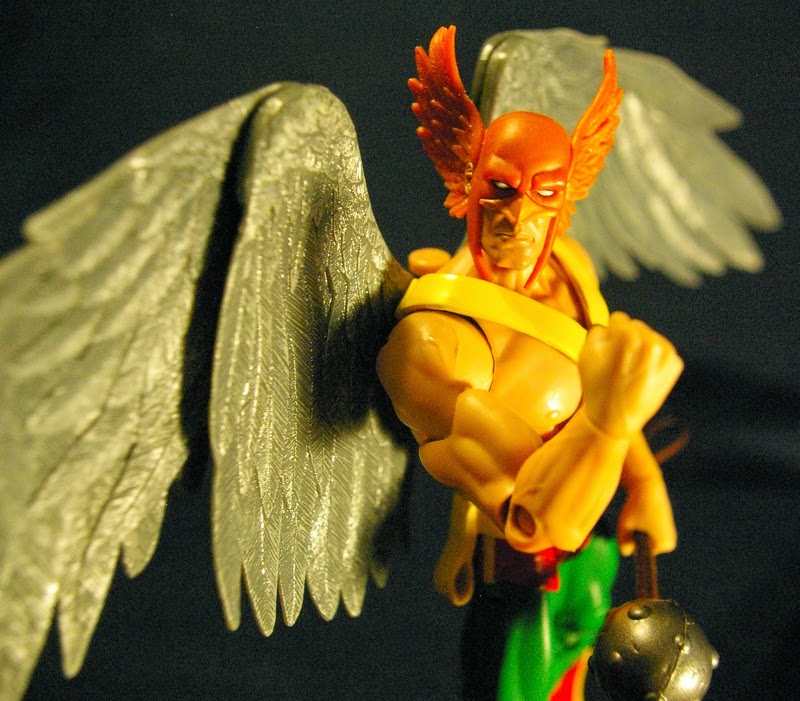