In 1998, long after I stopped collecting X-Men, ToyBiz released a jacked up Magneto figure as part of the Secret Weapon Force. This guy looks imposing compared to the wave 1 Magneto of my childhood. I saw him at a flea market when I was planning the Action Figure Adventures animated series. I had been planning on using the original Magneto, and thought I might some how be able to use this super version. We didn't end up exploring that plot idea in the show, but I'm still happy to own him. 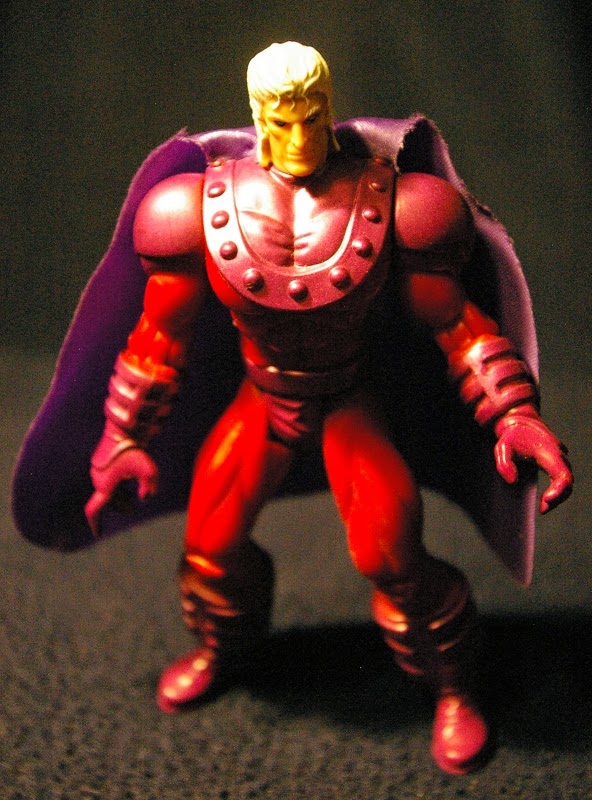 Magneto came with a cloth cape and removable helmet. His secret weapon was a large vehicle like battle station with spring loaded missile launcher. His longer hair and larger stature is similar to that of the comics of the time period, but I don't think Magneto was ever quite this bulky. He's a cool figure with or without the helmet. I really like the large size of his cape. 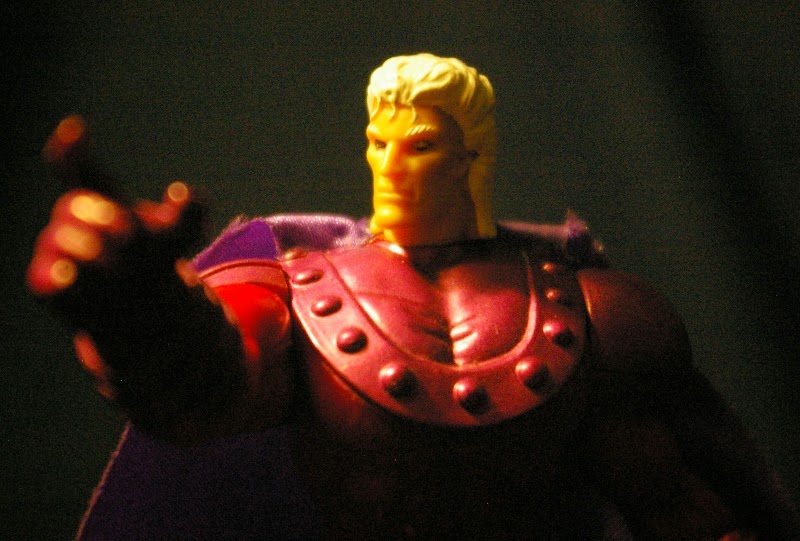