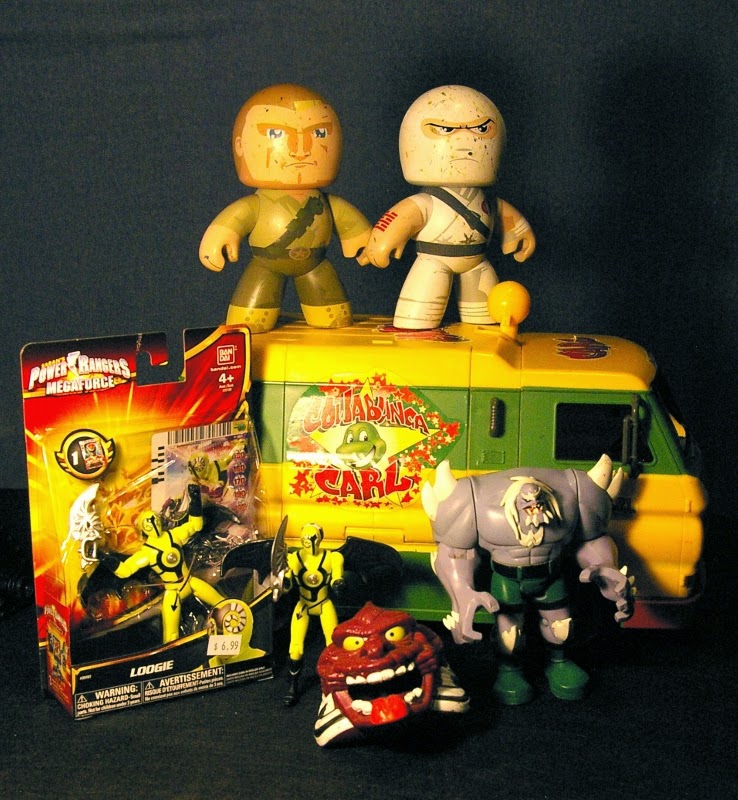 Today my buddies Nick and Mike invited me to go to a flea market over in New Jersey that I had never been to before.

They didn't seem to find to much, but I founds some good stuff.

First I got two beat up GI Joe mighty mugs. I bought these guys to make customs. I plan to just prime them and paint my own designs on them. I have the Snake Eyes MM but these guys are scratched up and I think I'll have more fun painting them than displaying them.

I picked up the Cowabunga Carl Van from the CGI TMNT movie. It's missing the funny Turtle head that goes on the top, but I've been wanting it for a while.

I grabbed a Real Ghostbusters ghost and a Justice Leauge Doomsday. The final items I found today were actually in a store in the indoor part of the flea market. I finally have (two) Loogies from Power Rangers MegaForce. I've been looking for at least one for a while, and now I have a small army of two. 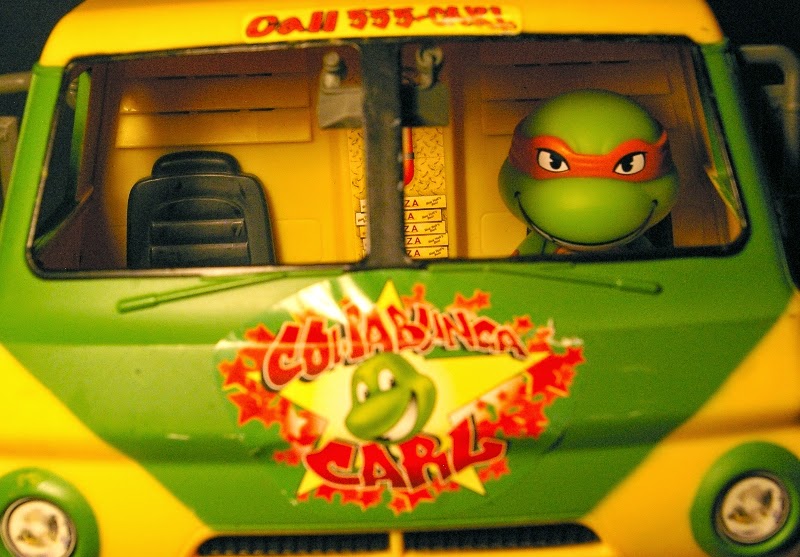 Here's a quick shot of the Blind Box Mickey riding in the Cowabunga Carl Van.
Then the villains attack! 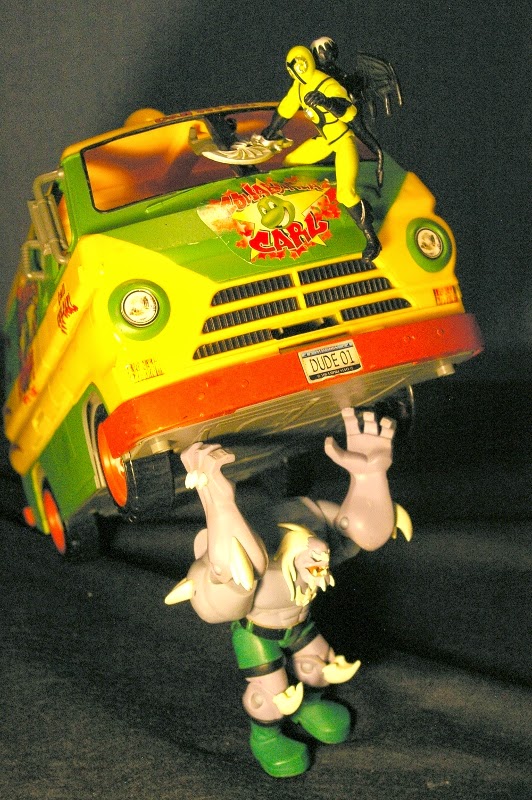