Kre-O is Hasbro's answer to all the licensed Lego toys. Hasbro releases blind bag Kre-O figures as well as building block sets that include figures. They mostly produce Kre-O's based on toy lines they make like Transformers and GI Joe, but they also have their own "Kre-O World" that they produce sets from kind of like Lego City or Space.

I've been picking up some of the GI Joe Kre-O figures. I think they are pretty cool, but not as cute as Lego Mini-Figs. They do have slightly more poseablity than the Lego men. 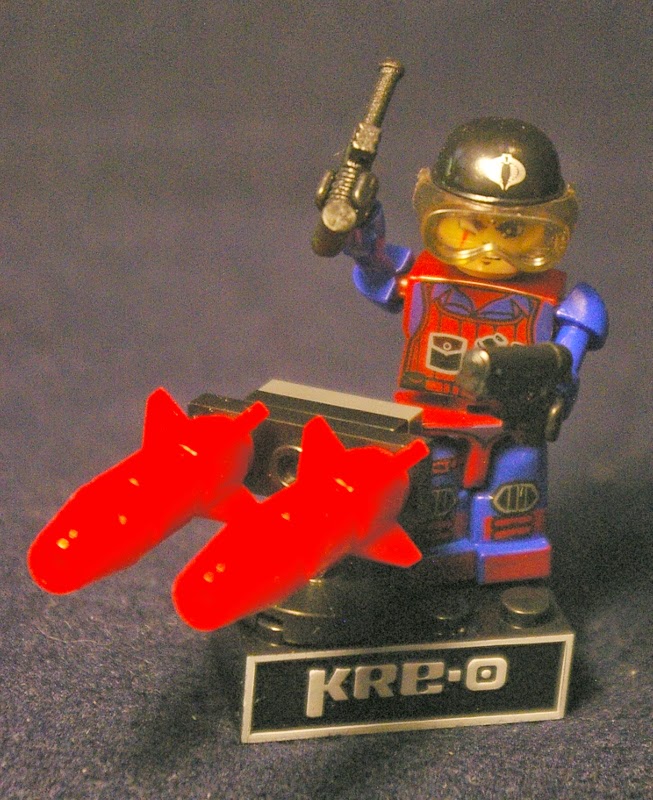 Scrap Iron is a weapons tester for Destro who joined the world of GI Joe in 1984. It's kind of a shame they never made a figure of him again when Destro had his own arm. Like the vintage figure, the Kre-O comes with a bulky missile launcher system with a remote control and a gun. 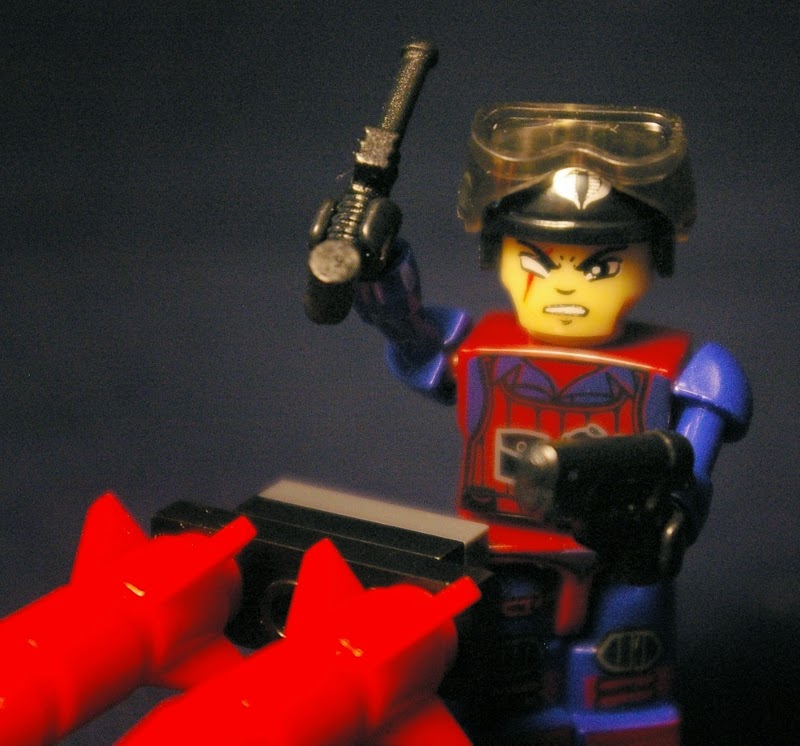 I like that you can flip up his visor to show off his scar and dead eye. Being a weapon tester is a dangerous job. The remote also kind of looks like a ray-gun if you rotate it so the antenna is the barrel. 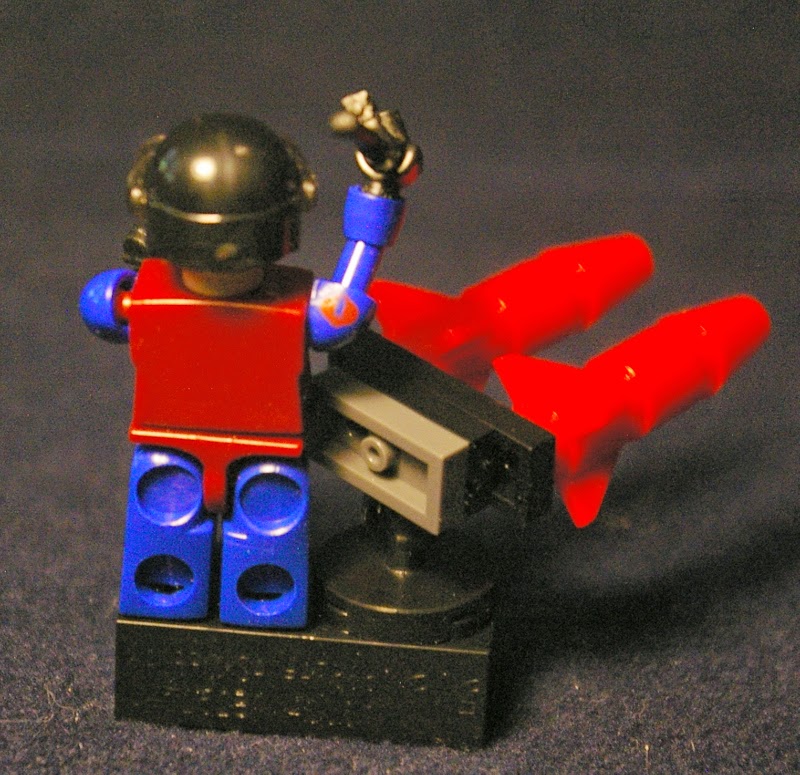