This just in from Matty Collector,  Double Mischief has arrived. She's the first figure from the Club Etheria subscription service. I think she's the character announced for the She-Ra mini-sub so far that I was least excited about. Double Mischief is a female Man-E-Faces with one less face. 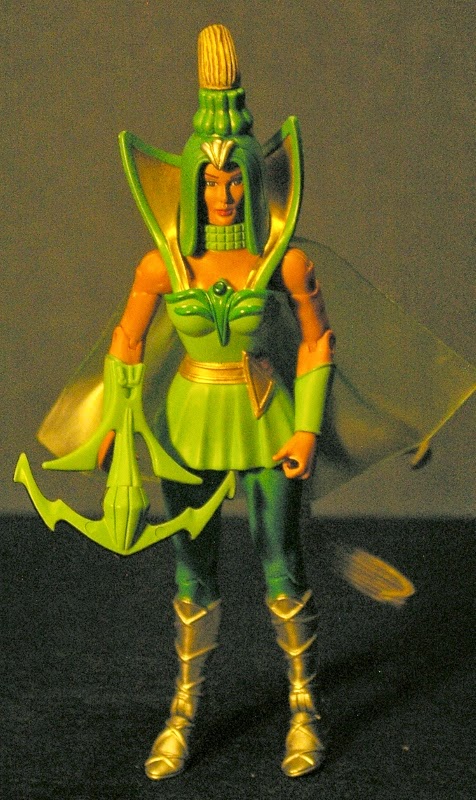 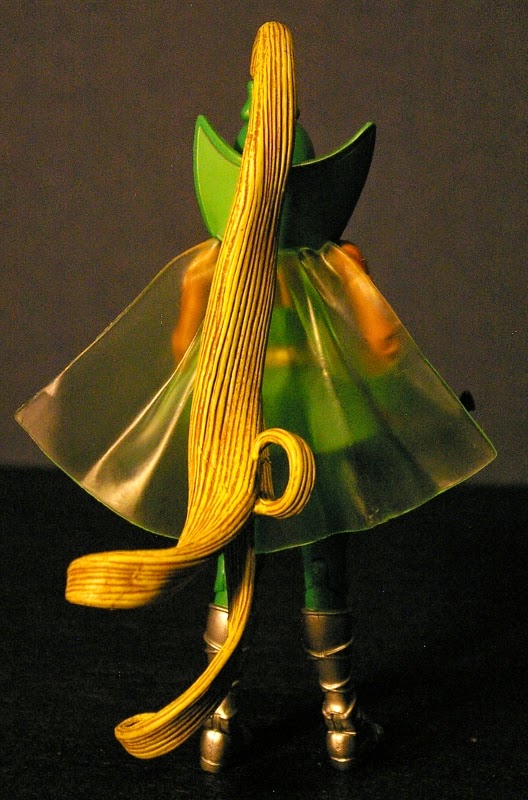 Double Mischief is based on a vintage She-Ra figured called Double Trouble. Mattel had some issues getting the name, so she's got a new monicker. She is dressed in a mint green outfit with a clear cape. She has silver and gold details and an extremely long ponytail coming out the top of her helmet. 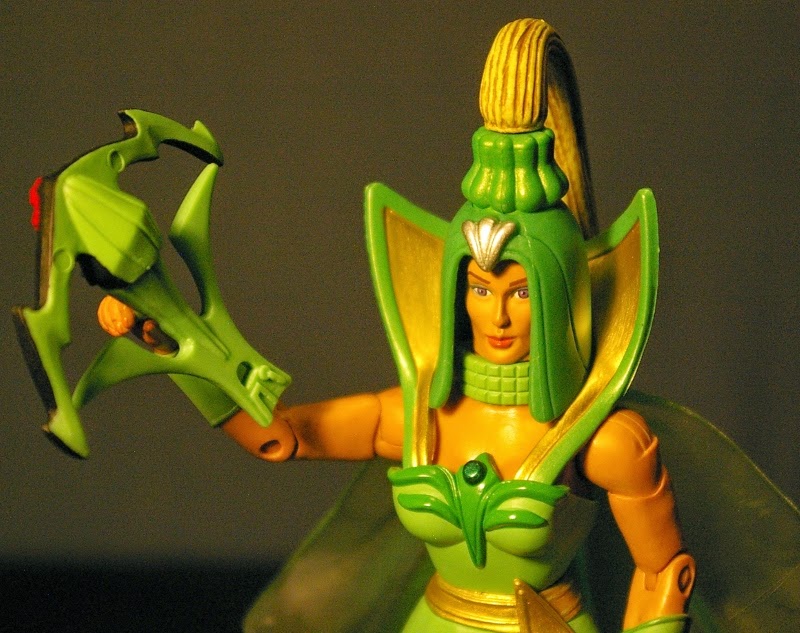 Double Mischief's big feature is her two faces. She has a happy face and a sinister face. As an interesting accessory she has a double sided crossbow. Double Mischief is a cousin to Glimmer and to help the Great Rebellion she spies on the Evil Horde by pretending to be a Horde loyalist. 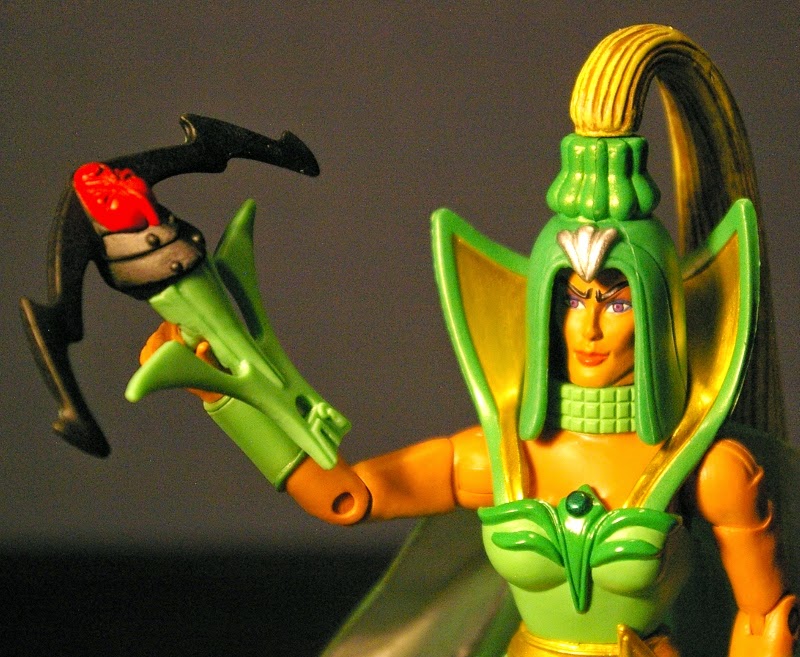 Here's a shot of Double Mischief without her helmet. Obviously she's not meant to be displayed this way, but it's interesting to sort of see the sculpt underneath. The original prototype looked better than the final result. By the end of all the design and molding work DM's chin came out flat with her collar. It's kind of unfortunate. 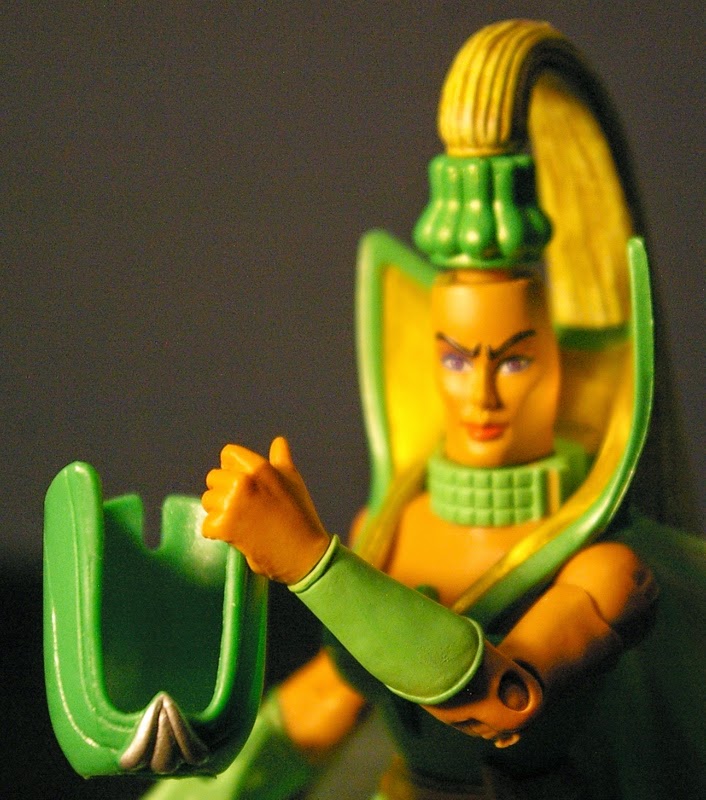