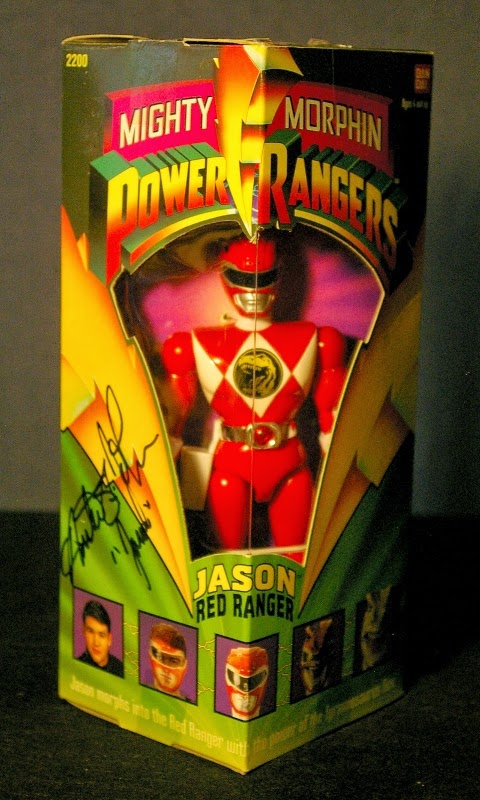 Yesterday I posted all the photos of cosplayers and other fun things from the show. Along with getting my photo taken wih "Jason" from Power Rangers I was able to get my Red Ranger figure autographed.  Last year at Allentown I had Walter Jones sign a Black Ranger figure.


Along with the Power Ranger figure I also took three comics with me to get signed by Inker and Artist Bob McLeod. I know Bob's work from the GI Joe: A Real American Hero comics from Marvel. I didn't really follow New Mutants, but he created the series with scribe Chris Clarmont.


I took GI Joe issue #1 (which was previously signed by author Larry Hama), GI Joe Special Mssion #21 because it has one of the coolest Joe covers. Both GI Joe books were inked by McLeod. I also took with me the only New Mutants issue I own, #3 which Bob drew. 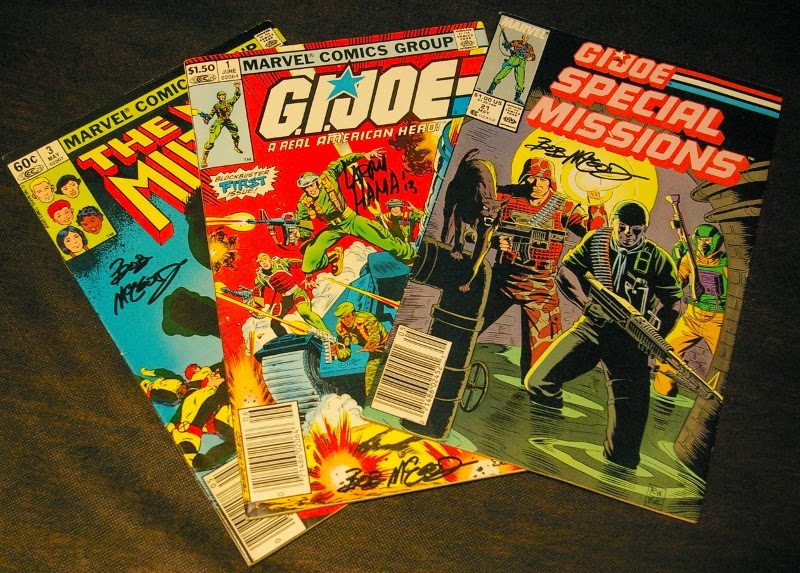 The Great Allentown Comic Con is held in an antiques mall, so in additon to the show floor there are also venders in the regular stores and a few shops carry comic/toy type stuff. One shop was having a crazy 50% off everything sale. I'm not sure if they were going out of businees or what. I picked up Disc of Doom Skeletor from the New Adventures line for $2. He don't have his accessories, but his little visor things are still intact. I like how he has the light up eyes. The back of his head is made of clear plastic allowing the light behind him to light up his eyes. 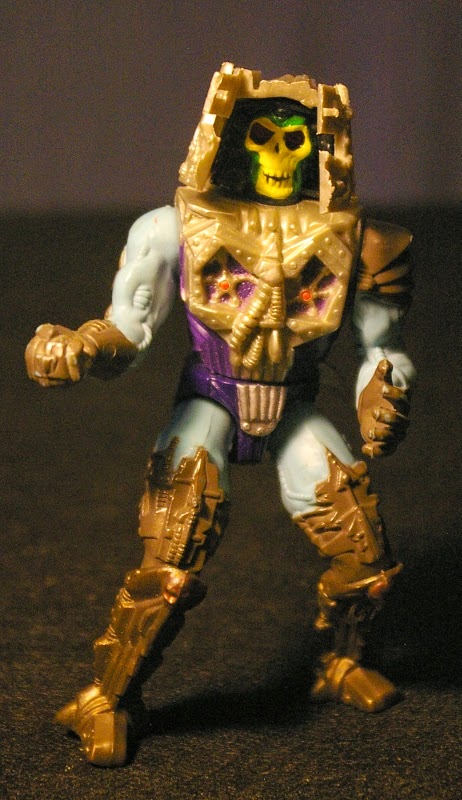 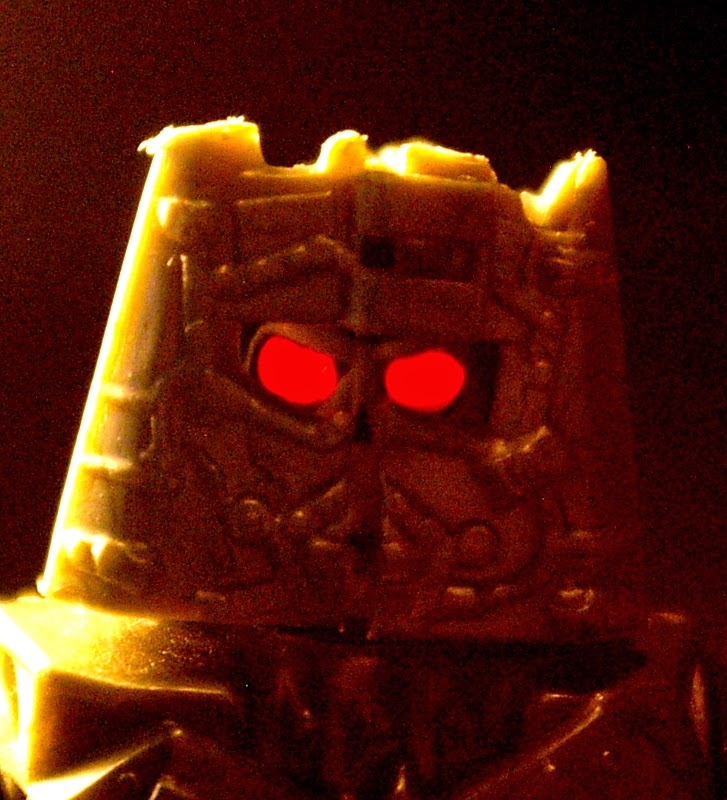 I snapped up the three main mutants from Thundercats at 50% off. No I need to look around for accessories for these guys. Slithe, Jackalman, and Monkian are all welcome additions to my collection. Monkian was the only one of the three I had as a kid 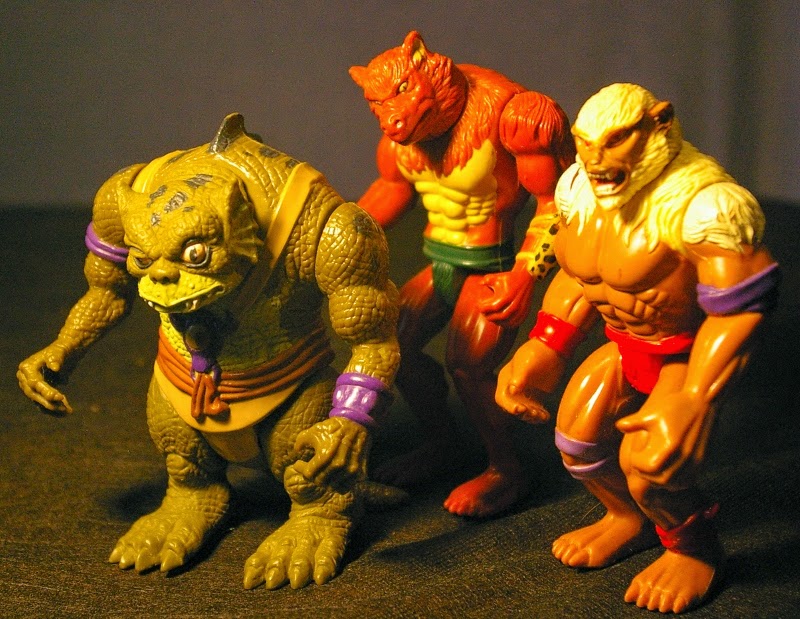 On my first time through the store I passed on the Tuska Warrior and Ratar-o. Later in the day they had been moved to the $2 table so I snatched them up. Again these guy are in nice shape but have no accessories. I had Tuska as a kid. 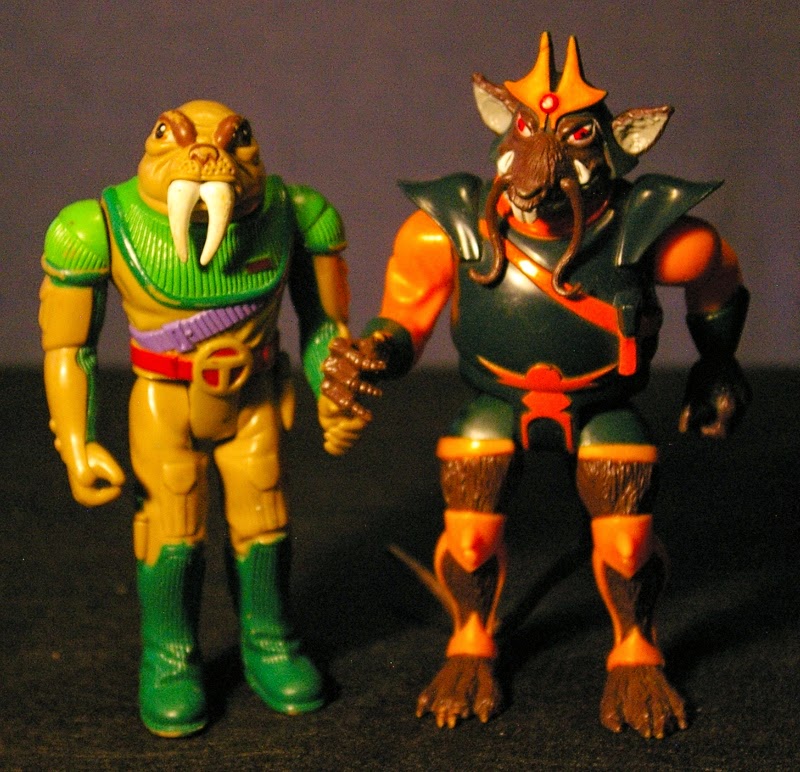 I bought a set of kids sized GI Joe suspenders. They were originally marked at $5 but they were half price. I love all the weird merchandise created for vintage lines. They feature the card back art for Lt. Falcon. 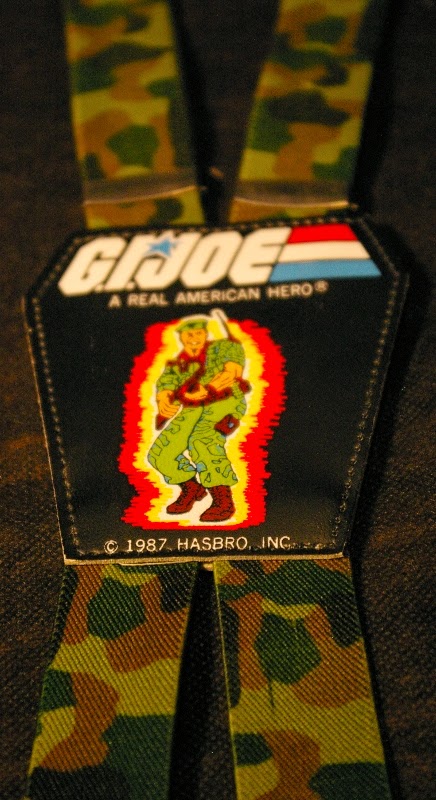 The next two piece of interesting GI Joe merchandise I purchases were actually for sale on the Comic Con sales floor. I got a pack of the vintage GI Joe plastic bandages (Band-Aids). The box features Flint's card art. I also got a pack of eight birthday invitations. They feature Shockwave, Repeater, and Spearhead. They are vary similar in design to ones that features Roadblock, Hawk, and Sgt Slaughter that I had as a kid. 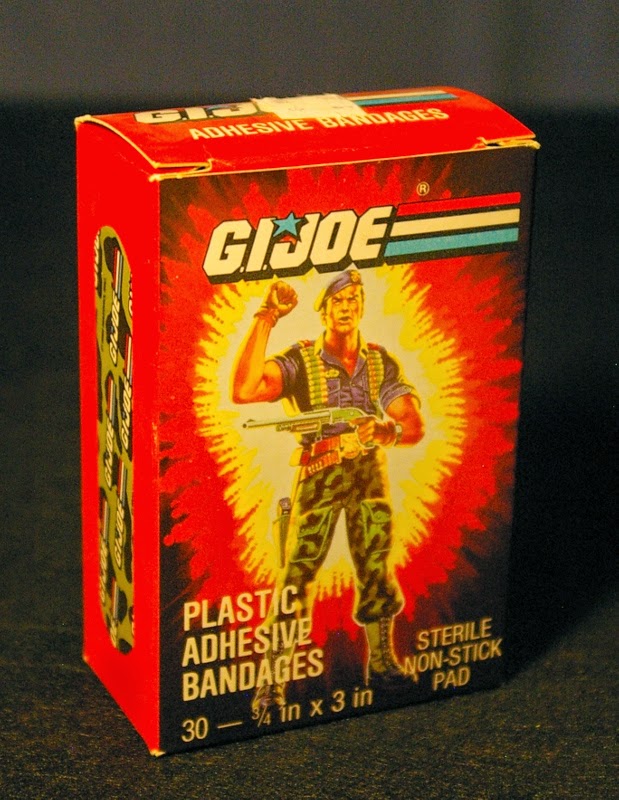 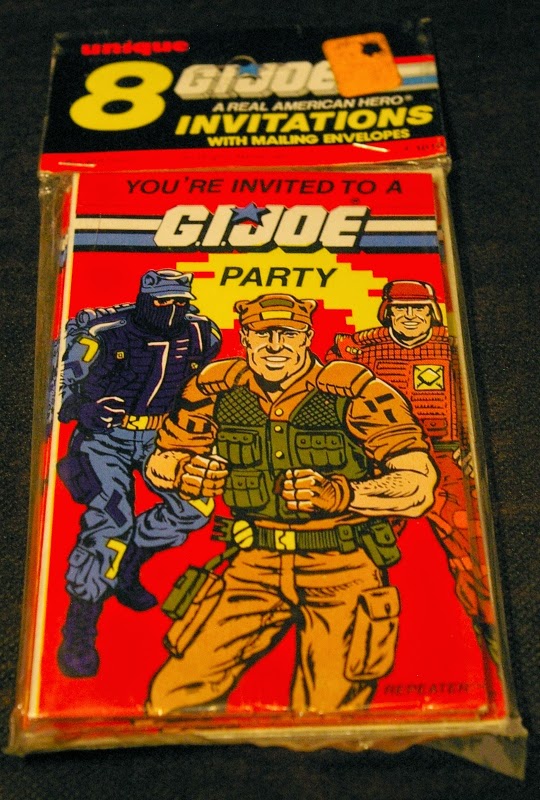 The items I was most excited to find at the store that was selling every thing at half price was carded Star Wars figures. I don't own a single carded vintage Star Wars toy even though I have the entire collection loose. I like to have a few carded specimens in my collection. I my excitement to snap up some figure I didn't look closely enough an the Bib Fortuna isn't really sealed. His bubble is kind of taped closed. At least I got him pretty cheap. I guess I bought a mint complete figure with his card back. 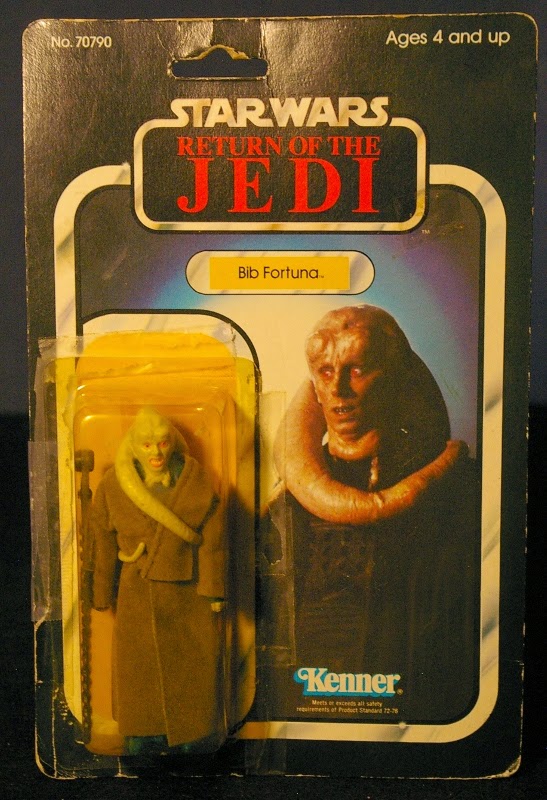 Weequay is actually carded, but you can see there is a little wear on the cornor of his package. Still fun to have a carded figure, and I got a good price. 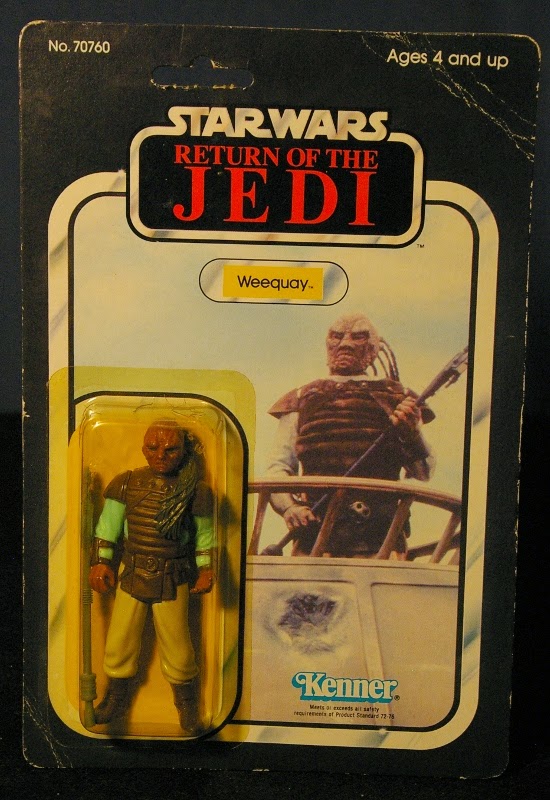 Nikto here is just about perfect. His bubble is crystal clear, his backer is is flat and straight and it's even un-punched. 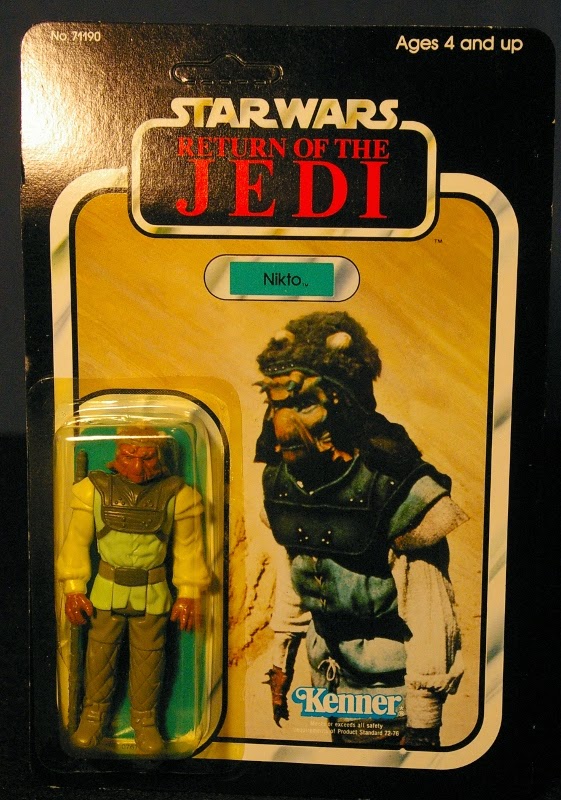