In the early 90's I was so intregied by the story line comic scribe Larry Hama was writing for Snake Eyes and his fellow GI Joes. I enjoyed learning about his history in Vietnam with Stalker and StormSshadow. I enjoyed learning about how he's face and voice was lost. I also enjoyed the struggles he went through as he had reconstructive surgery on his face. Based on the images in the comics and a limited number of custom fodder parts I created my own unmasked Snake Eyes. Basically he's just a v3 Snake Eyes with a head from Blizzard. I painted Blizzard's hair yellow and then using a dark peach color paint, I applied two large scares to his face with the end of a toothpick. 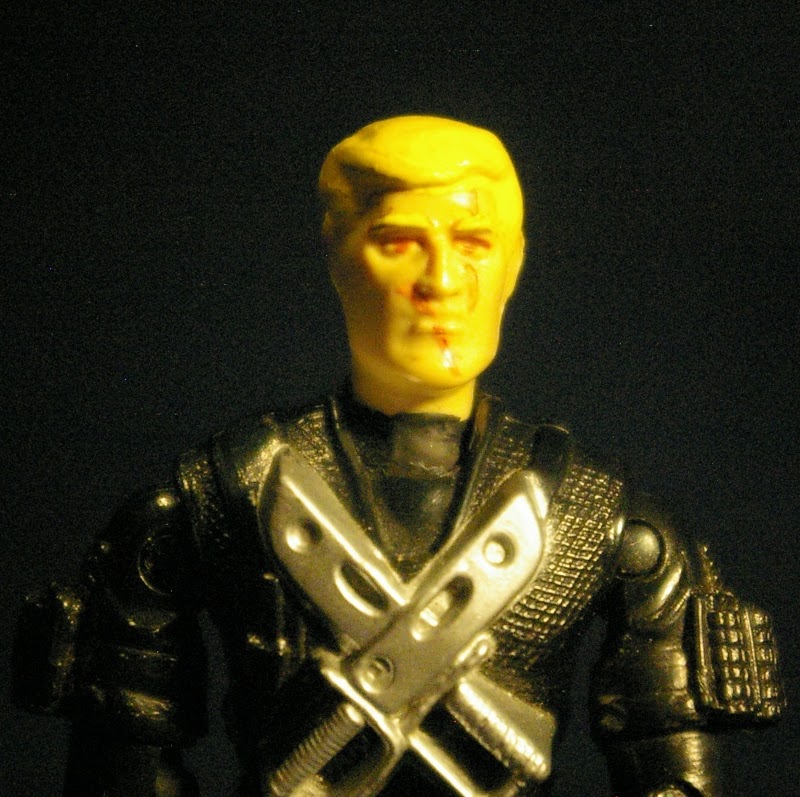 Later I had an idea for an animation project (which was never completed) in which Snake Eyes and Storm Shadow would be fighting and yank each others masks off. So in the process of the animation I would cut from the real v3 Snake Eyes to my custom SE. The one problem would be that I'd need a little mask accessory for Storm Shadow to hold. So I stitched up a little mask and applied silver paint to represent his mask. Unfortunately it just looks like he's wearing a paper bag over his head, but it wasn't really meant to ever be displayed on his head.

I know it's pretty goofy, but I was in Elementary school when I created the figure and then in High School when I made the mask. I'll be posting my unmasked Storm Shadow v2 soon. His mask was slightly more successful/ 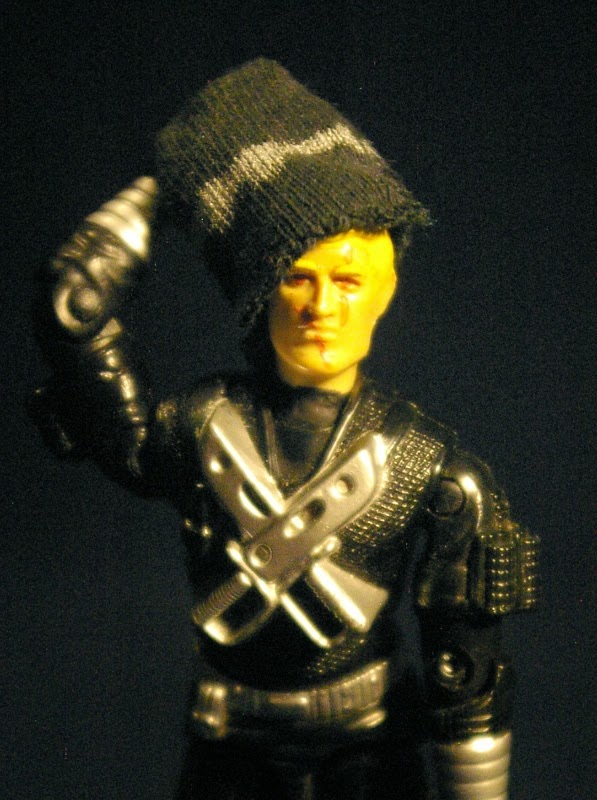