It's a Toy Show

Sorry I missed a post yesterday. I was out with friends hunting toys yesterday. When I got home I meant to take a nap, but I slept all the way through until it was time to hit the flea market this morning. I didn't end up buying any toys this morning, but that's okay because I  bought a ton of stuff on Saturday.

Nick, Mike, Rose, Tony, and I all rode to Richland, New Jersey to It's a Toy Show, hosted by It's a Toy Store. I had never been there before, but I don't plan on ever missing one now that I've been. 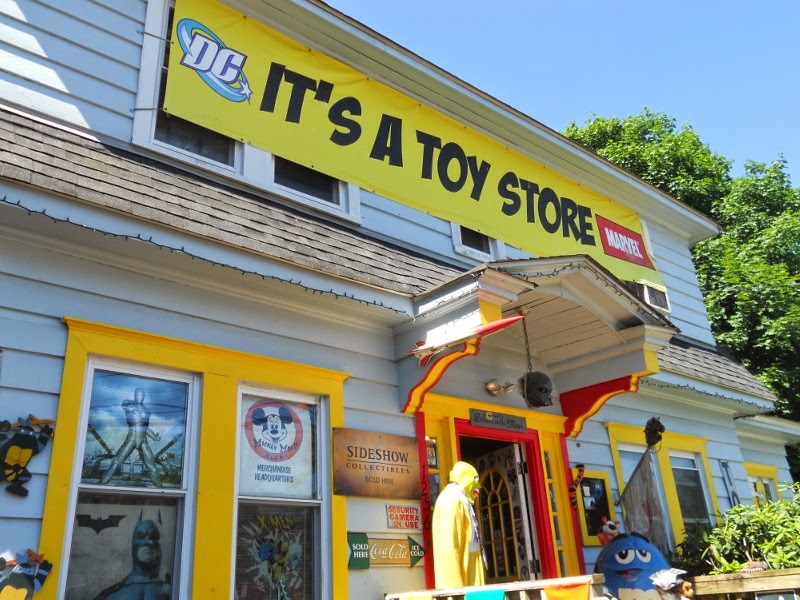 The store itself is an entire house with every room filled with display cases of vintage toys. They had everything, and it was all in great shape. Inside and out the place was decorated with Pop Culture items. I like this Panthor they had in the front yard. Not sure if this is a repaint, I'm unaware of any official MOTU products of this size. 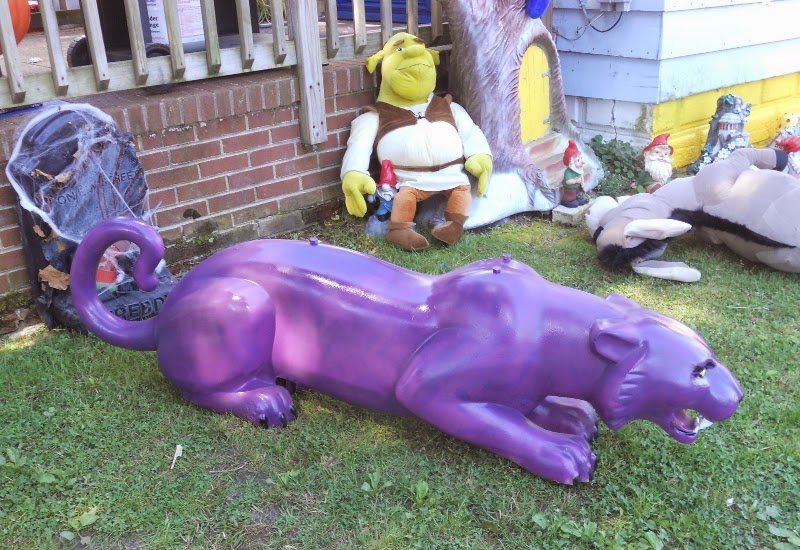 So the store hosted a toy show, which was kind of like a giant yard sale and picnic. First of all the vendors didn't have to pay to set up, they just drive up with their tables and products. They set up in the lawn and sold their stuff. The store employees were grilling on the deck and the hot dogs and burgers were free. Optimus Prime was the one costumer I saw. 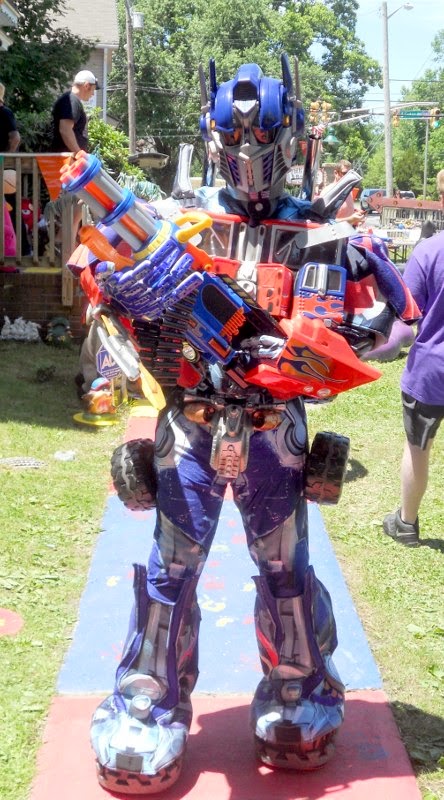 Like I said, I bought a ton of stuff. Today I'm only focusing on the cheap stuff. At the end of the day a guy that myself and Nick both bought several items from offered me a large box of mostly Power of the Force 2 Star Wars figures for $5. I couldn't leave it. I love PotF2. Here are the items from the box that kind of excited me. Mostly army builders. I have plans to give the very yellowed Wampa a custom paint job. I love to army build. I have to check on a few figures. The wolfman, Hammerhead, and Lando may already be in my collection. 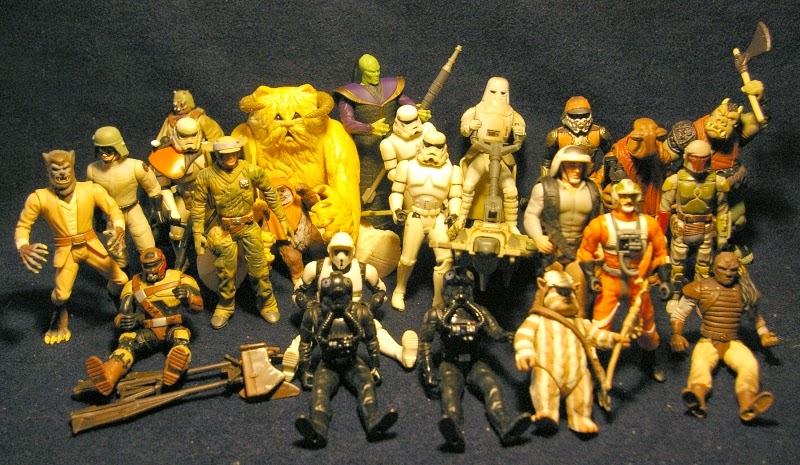 Here are a few more figures from the box that I'm going to throw in the box of action figures I have at school for my middle schoolers to experiment with stop motion animation with. These last couple of figures from the box are going to be displayed on the self in my office at school. I have a bunch of little nick-knacks and figures already. 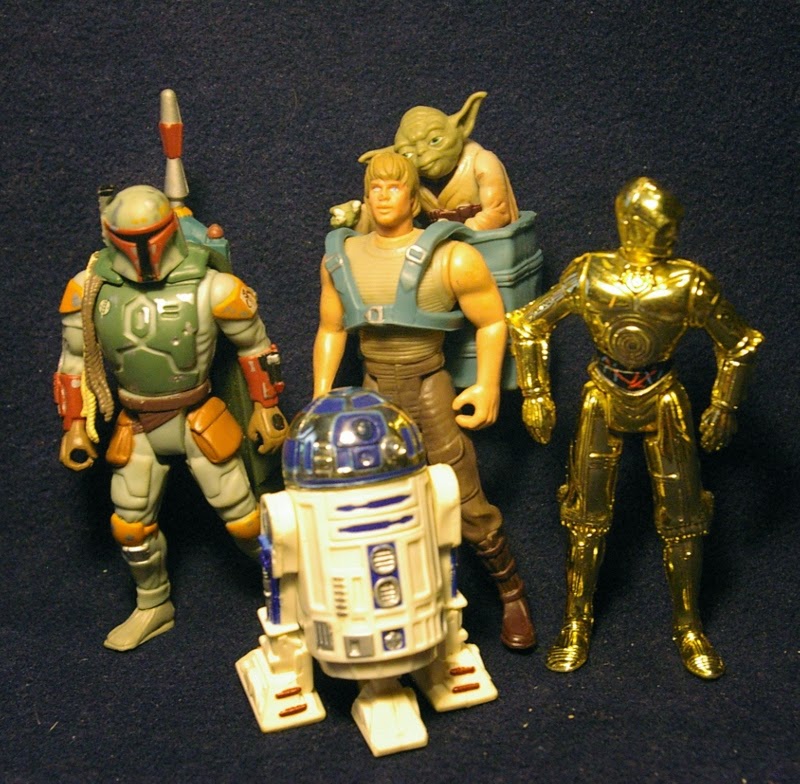 The kid (Willy Du Wit) and dog (Commander Dogstar) from Bucky O'Hare cost me a buck a piece. I bought Billy the Blue Ranger for $2. His karate chop action still works. The kid in the maroon shirt is Kevin from the 90's Land of the Lost line and the kid in the white shirt is Bill from Bill and Ted. I paid a dollar a piece for Kevin and Bill. I'm super happy about paying $2 for a Secret Wars Turbo Cycle. It's only missing the little red light that attaches to the back of the cycle. 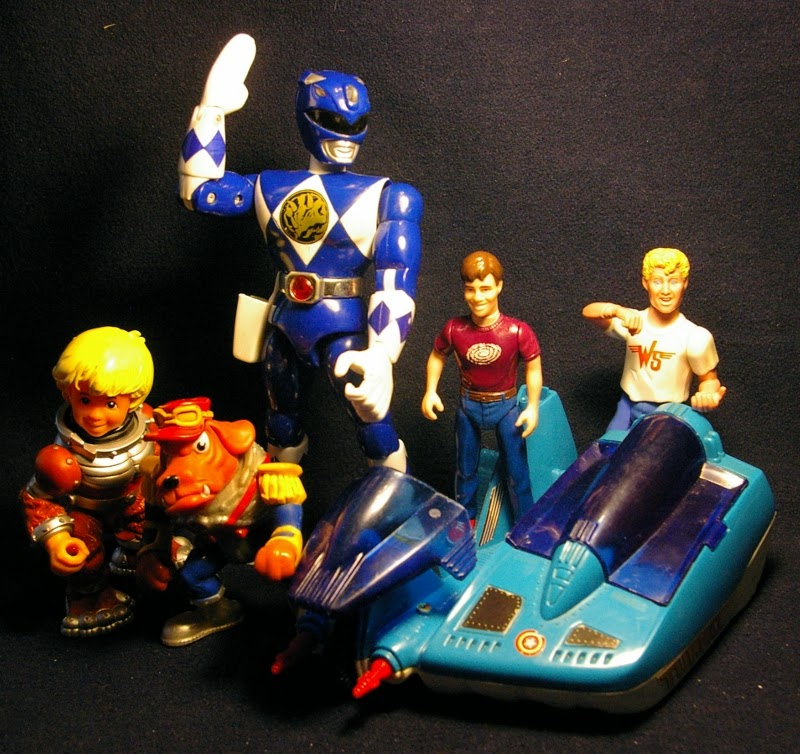 I also picked up Captain Planet and the Tick, two true blue super heroes for a dollar a piece. I have fond memories of watching both character's cartoon shows. 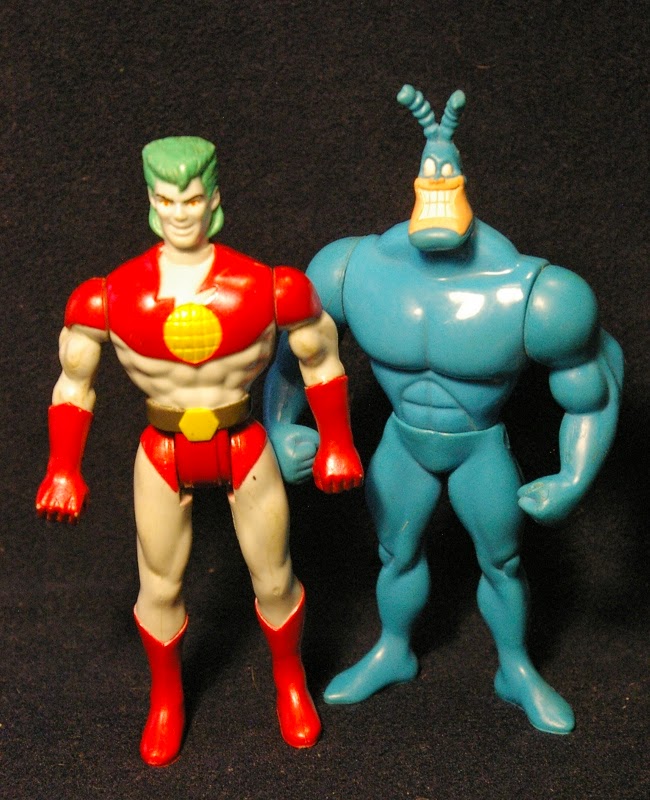