Last weekend at It's a Toy Show I picked up this vehicle from the 90's He-Man toy line. Often called the New Adventures of He-Man due to the title of the cartoon show that supported the line, this series sent He-Man into outer space.  I got this box (not sealed) vehicle in a bundle deal with two carded figures from other lines. 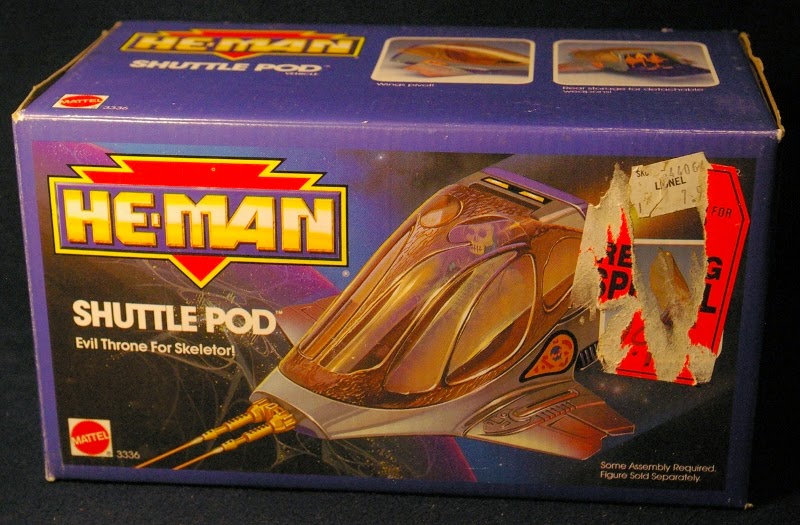 It's kind of ashame, but the front of the box is kind of ruined by the big discount sticker. The top of the package show off some of the ships features. The swiveling fins and storage for extra weapons that are included with the vehicle. 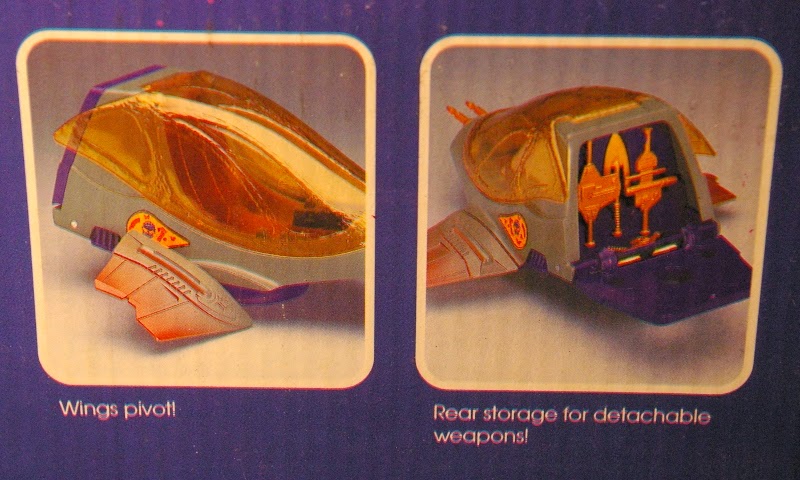 The back of the box shows off more features, including how to attach the Shuttle Pod to the Terror Claw vehicle. 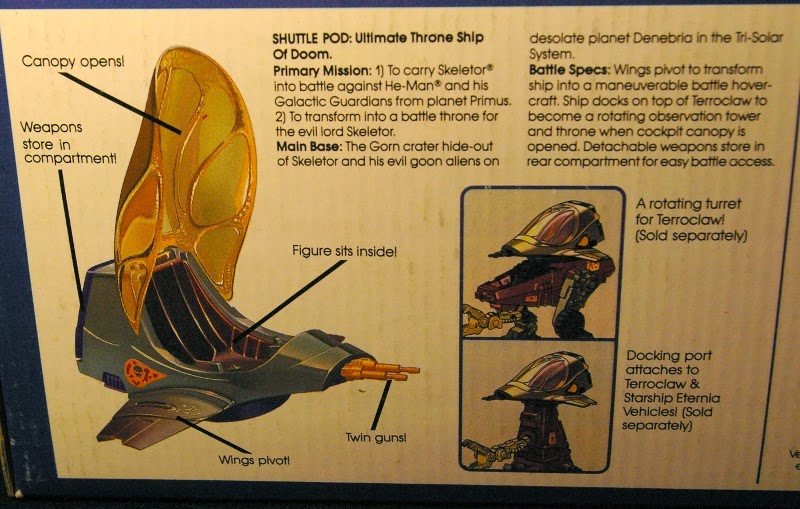 Here is the contents of the box. The Shuttle, instructions, and a baggie including the decals and the parts. I haven't decided if I'll put it together, or just keep it in the box. 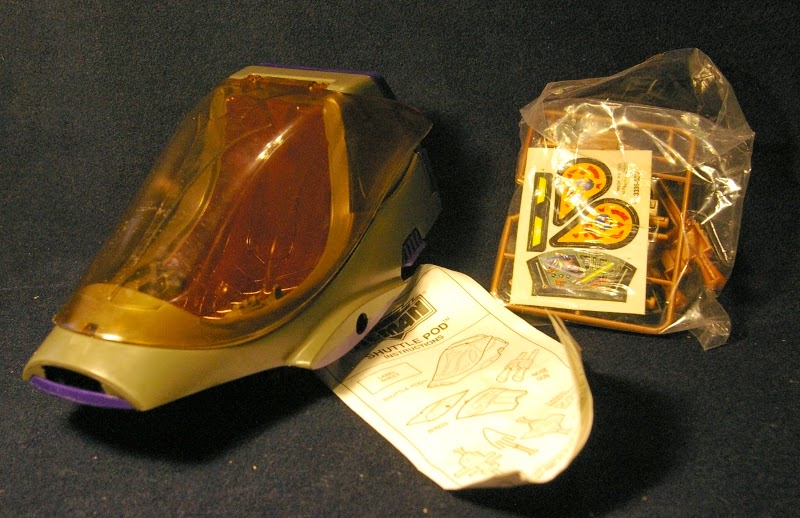