This weekend was the Too Many Games convention which focuses on video games as well as table top, collectable, and board games.

If you've read much of my blog you may have noticed there really isn't much about video games on here, but I do love a good convention and hanging out with my friends. My buddy Paul is one of the organizers and a vendor at the show. My friends Rose and Tony from Retro Con were also going to be there to promote their show since it's at the same convention hall.
So I went to the Greater Philly

Expo Center in Oaks PA on both Friday and Saturday. I helped out with signing in pre-registered attendies at the start of the show both days. Then most of the rest of the time I hung out with Rose & Tony at their table.

On Friday I created a dozen or so sketch cards of different popculture charcters including super heroes, ninja turtles, and video game characters.

I drew Bane, Mario, Pac Man, Spiro, Kowl, Luke Skywalker, and a many other characters. 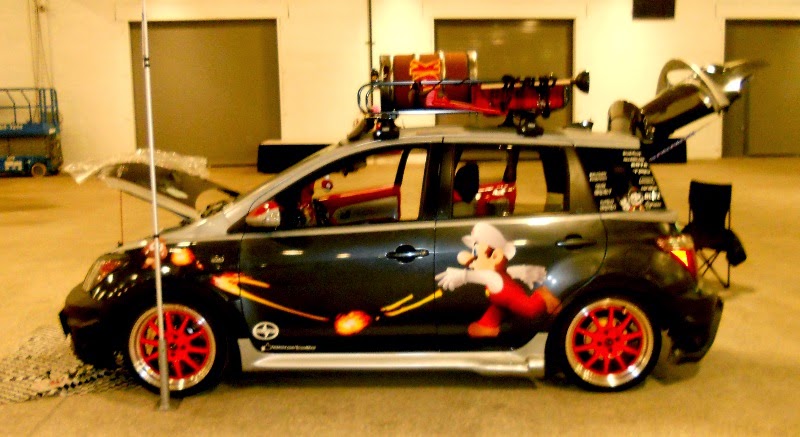 The convection included an arcade, vendors, panels, guests, and tournaments. Several of the panels included youtube stars like the Angry Video Game Nerd. One of the more unique things on display at the show was a cool Mario themed car. 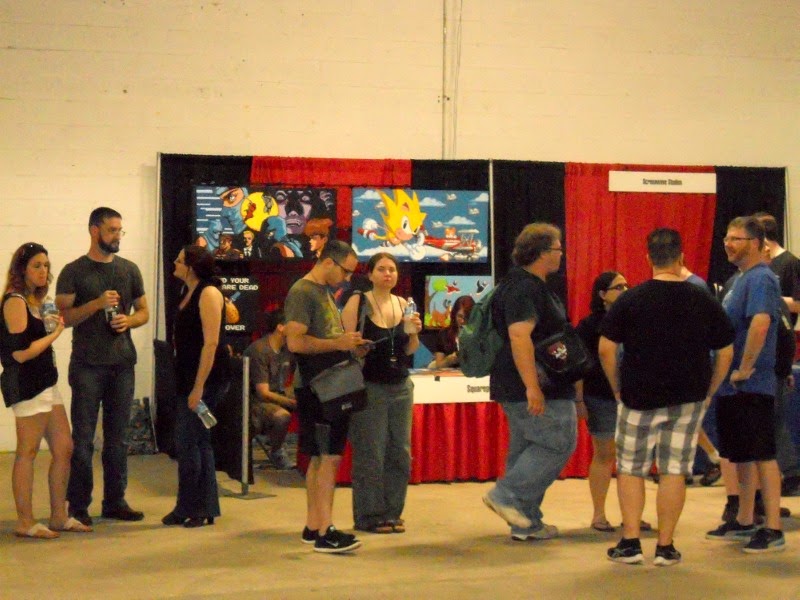 Friday night the show concluded with a video game themed burlesque show for quests 18 and over. The show room floor was very empty during the show. It seemed to be a very popular feature of the show. Here you can see people standing in line for the show to start. Square Painter's booth is in the background. I love his pixel video game paintings. They are really cool. 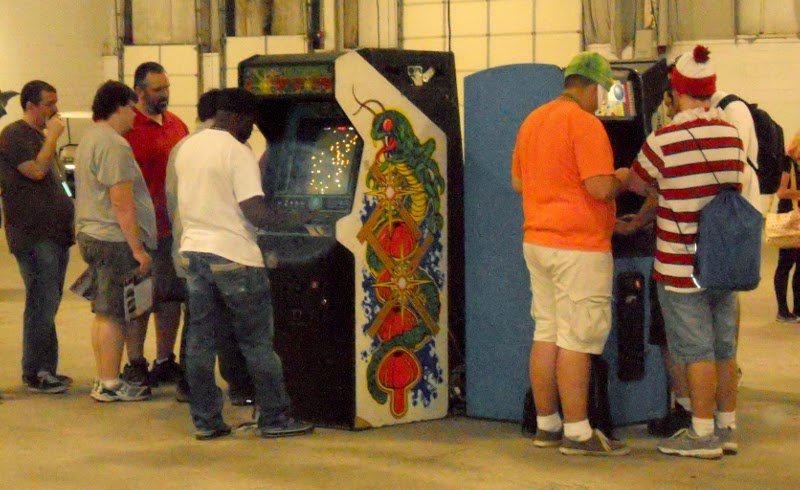 I found Waldo in the arcade area. They had arcade machines, concols, and old computers set up so people could play just about any game you can imagine. In another area there were tables for people to play card games and board games.

I saw surprised by the number of independent video game designers they had at the show. 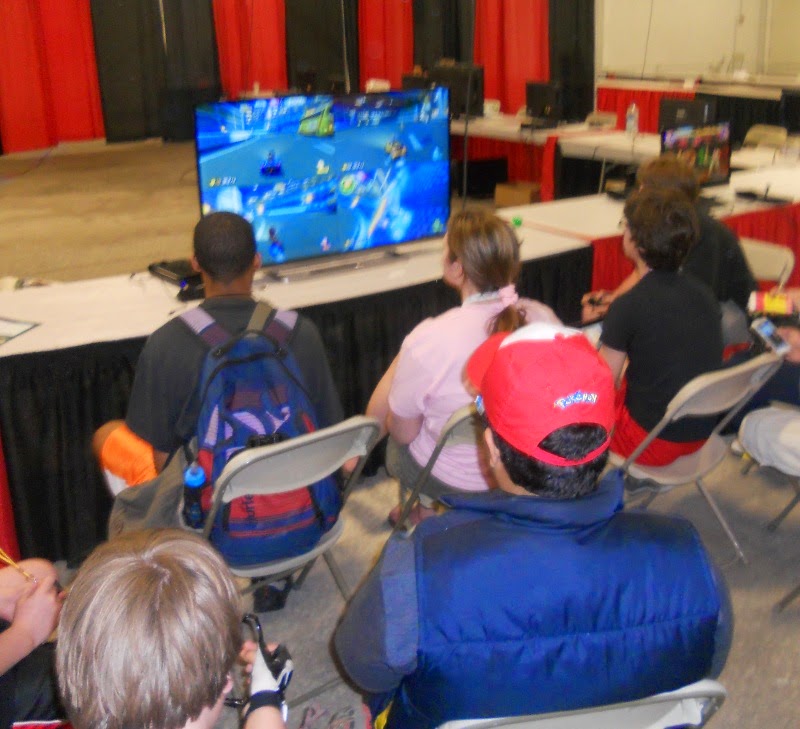 During the show there were several tournaments that attendees could participate in. Magic: The Gathering, Super Smash Bros., and Golden Eye to name a few. The competition was pretty fierce.

The vendor area had everything from vintage video games to 8-bit art created out of all sorts of different materials. I saw a few toys and action figures, but they weren't the focus of the vendor space. There were many very creative artists. Including a girl who makes console dust covers out of vintage bedsheets called Wreto Wrappers. 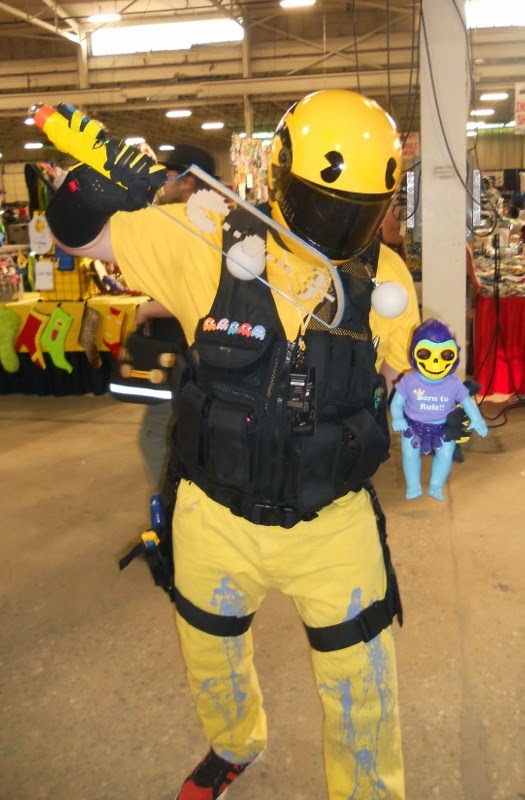 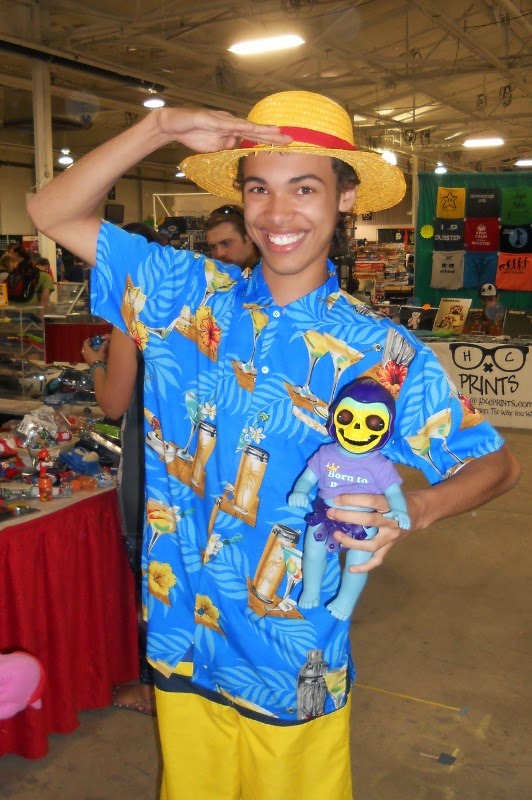 Pac Man and One Piece 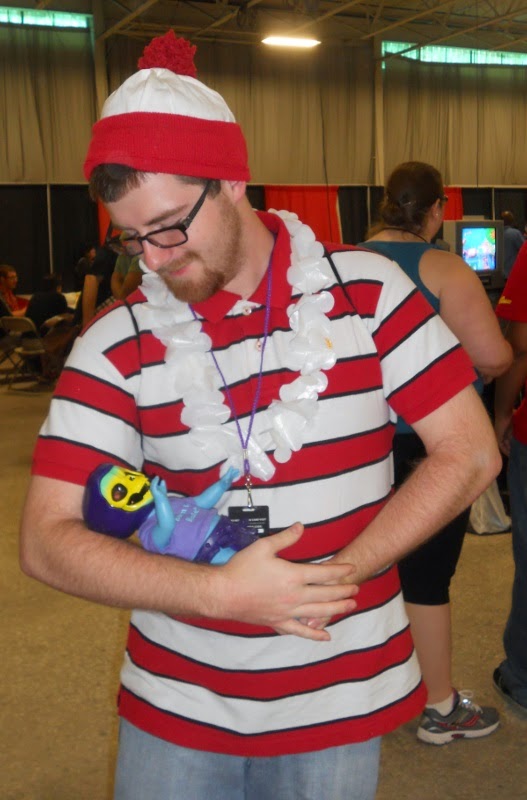 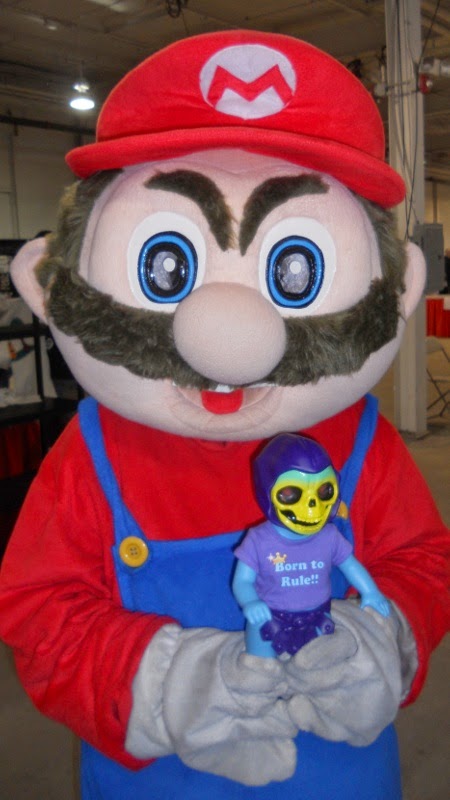 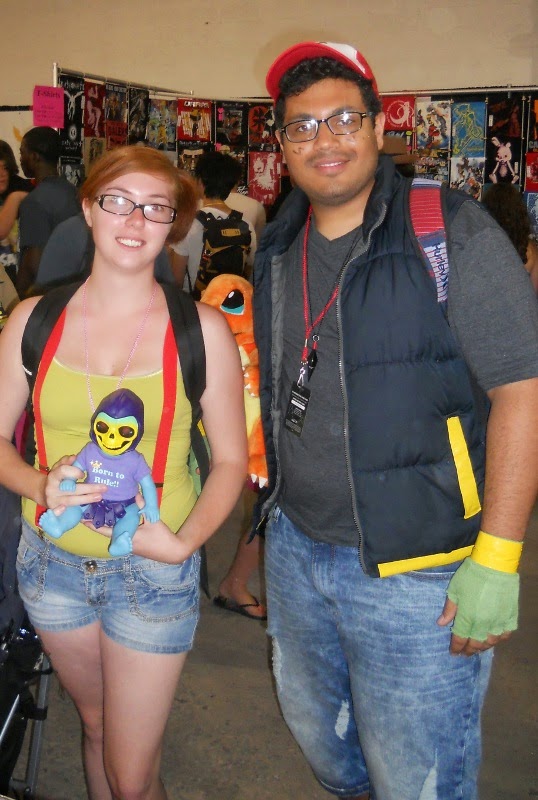 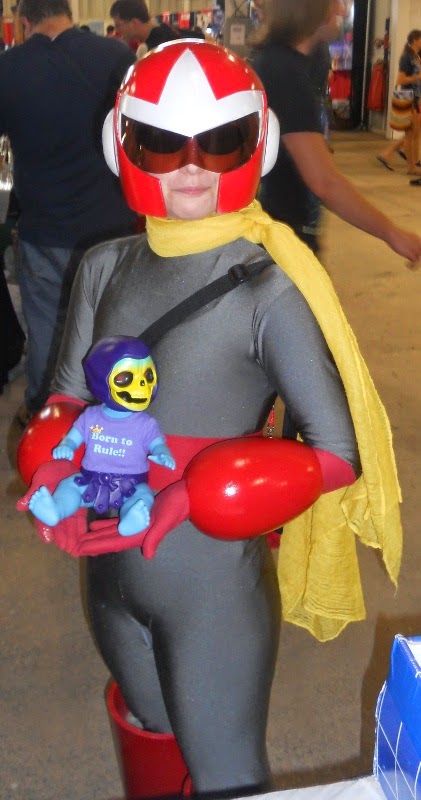 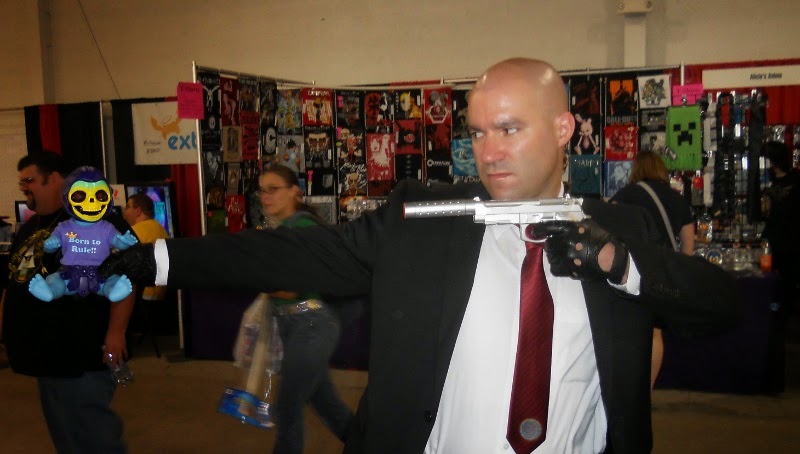 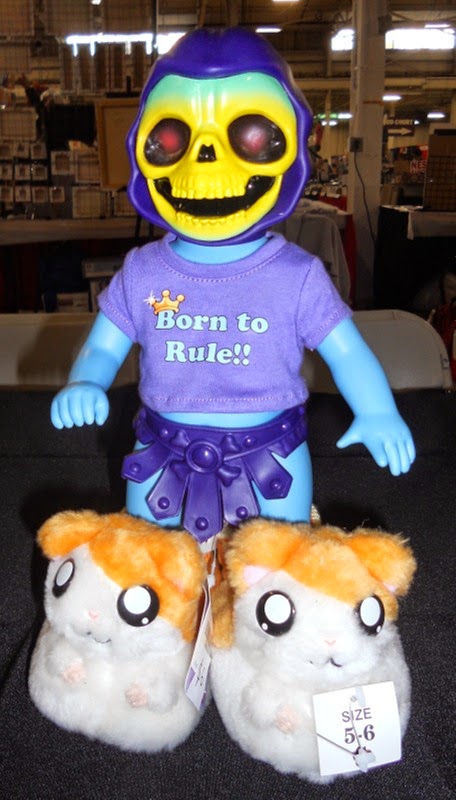 Baby Skeletor spent a lot of time hanging out at the Retro Con table, but he did get a chance to hang out with a lot of the Cos-players as well. Baby Skeletor found some pretty awesome Hamtaro slippers that he really wanted to bring home with him. Unfortunately he forgot to bring his piggy bank with him.

The show was a lot of fun and very busy. Hopefully everyone at Too Many Games is having a good time again today. If you want to see photos of some additional cos-players check out the short video Baby Skeletor and I put together last night.
Posted by Buzz Chuck at 3:46 PM