Gung Ho is the first member of the Marine Corps to join GI Joe. He was one of many unique characters to join the team in the second year. Characters like Gung Ho, Snow Job, and Doc helped break the mold of the '82 Joes. As a kid I wished the Gung Ho figure was a little bulkier. In the Sunbow cartoon series Gung Ho was a very imposing character and the original figure didn't quite reflect that. 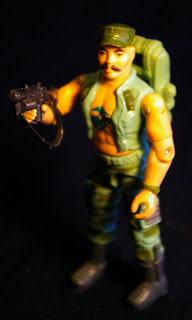 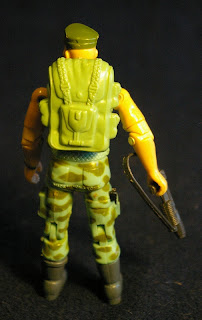 Gung Ho is dressed in a light blue uniform with green camo on his pants. His vest is open revealing a large Marine Corps tattoo on his chest. He came with a light blue backpack (mine has yellowed some) and a dark gray grenade launcher. 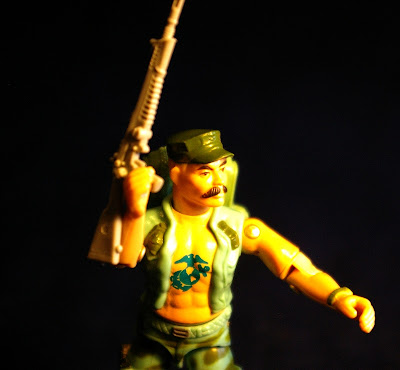 I sometimes like to equip Gung Ho with the weapon pack version of Snow Job's gun. All the characters in the original cartoon used this gun and I closely associate it with Gung Ho. as a kid I loved the rivalry between Gung Ho and Horror Show (from the October Guard) in the cartoon series.
Posted by Buzz Chuck at 12:02 PM