Tan Grunt was one of the first GI Joe repaint figures. He came packaged with the Falcon Attack Glider. I did not have Tan Grunt or his glider as a kid. I am a fan of the "tan" figures and have made some custom figures of other early Joes as "tan" figures. I bought my loose Grunt from a Toy Reseller at an Indoor Flea Market. Years later at the Outdoor Flea Market at the same place I picked up Grunt sealed in his bubble. Grunt's only accessory is a tan version of his helmet. 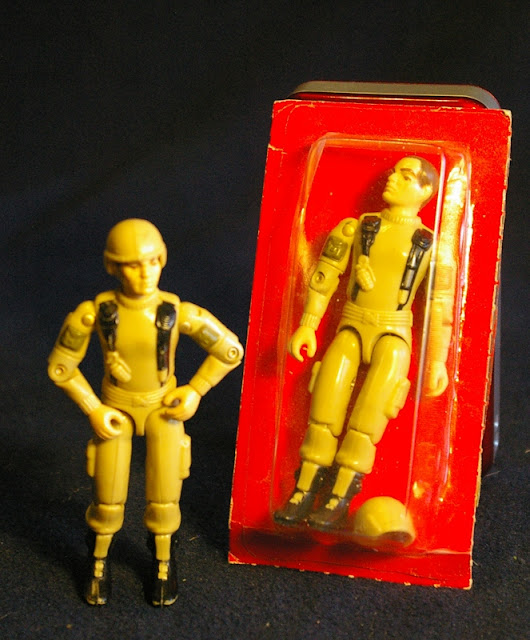 I like to equip Grunt with a gray M-16 and tan backpack from the early GI Joe weapon packs. This gives him the same accessories as his standard green figure. All around Tan Grunt is a great figure. It's kind of a shame Grunt didn't get featured in the supporting media more. A select few of the original Joes have gone on to be the most popular Joes ever  (Scarlett, Snake-Eyes, and Hawk), the others are almost forgotten. Grunt has had a few additional figures, but he just hasn't seen as much love. 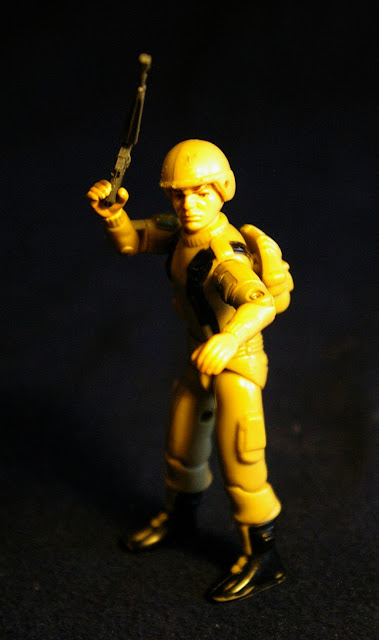