Masters of the Universe - Shrinky Dinks

A couple weeks ago I saw something about Shrinky Dinks on Facebook. I decided I wanted to relive the retro fun of my childhood. I checked Ebay for a set of affordable Shrinky Dinks. I was able to buy and get this set shipped for $10. So last Saturday I had fun coloring and shrinking my Dinks. 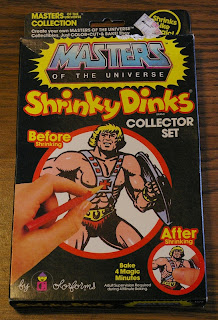 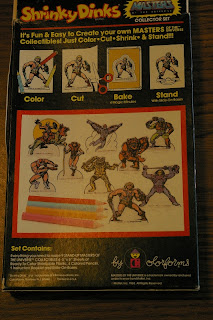 Here is a shot of the front and back of the package. The set comes with nine characters, bases, and colored pencils. I forgot that Shrinky Dinks were made by Colorforms. 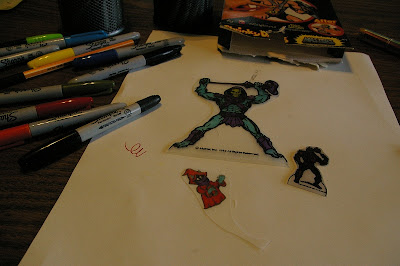 This image shows Skeletor before shrinking along side Man-At-Arms after shrinking. You can also see the Orko figure I created in a pieces of the scrap cut away from other characters. You can see that I decided to use permanent markers to color the Shrinky Dinks instead of colored pencils. 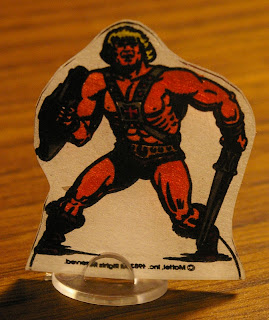 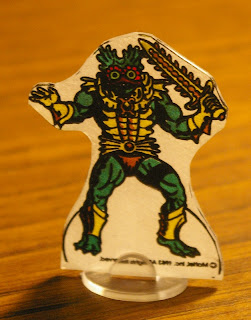 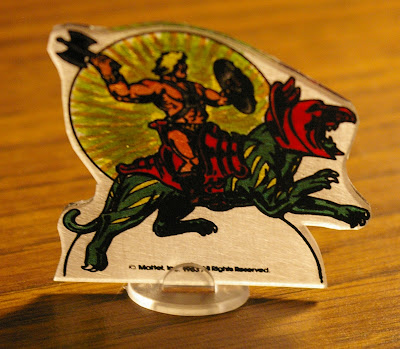 I had this He-Man on Battle Cat as a kid. I think each kid in my Cub Scouts Troop
made one character from this same set when I was a kid. 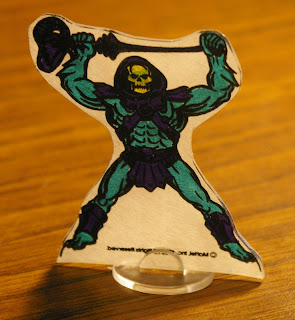 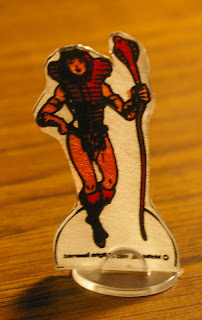 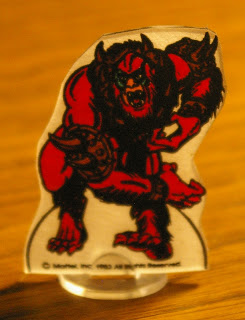 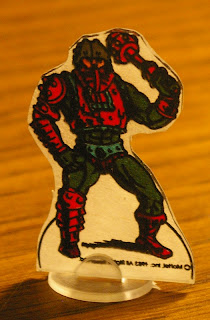 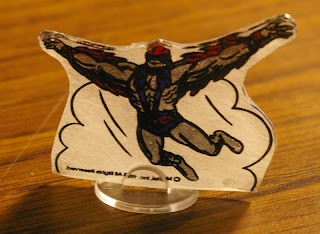 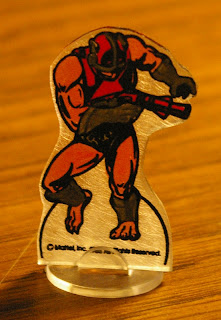 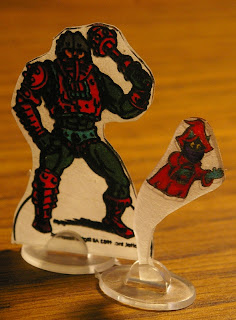 I drew Orko on some scrap material. I left extra plastic under
him to create a flying stand for him or sorts. 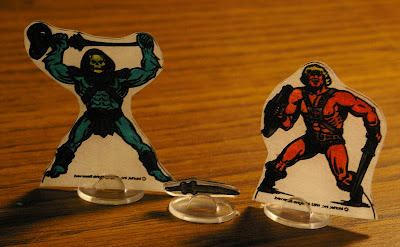 I also made a little Power Sword out of left over material.

My computer didn't like rendering the video because I sped up almost the entire thing.