The Tusken Raiders were one of the first figures I ever army built. I was so happy when I had three of them as a kid. I still often buy them at yard sales. Sometimes labeled as Sand People, which is what they were referred to in the movie, these tan figures have one of the best sculpts from that first wave of vintage Star Wars figures. 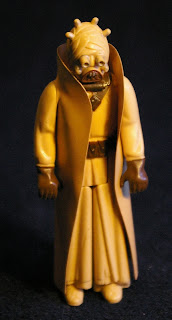 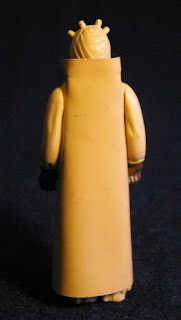 The Tusken Raider is the only figure in the entire line to have their hands sculpted in a position so that they look like they could ride a bike. This is cool, because it allows you to pose them holding their gaffi sticks above their heads. This allows kids to recreate that classic war cry shot from the movie I don't have a gaffi stick, so it's not pictured. Like many figures from the original line the Tusken Raiders also came with vinyl capes. 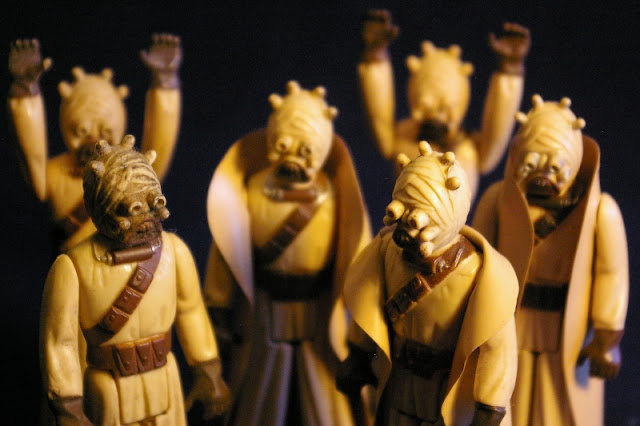 I'd love to see the Sand People raid  the city of Tusken in a possible stand alone movie. Maybe it could be a plot point in the rumored "Yoda movie".
Posted by Buzz Chuck at 8:21 PM