The Secret Wars toy line was one of the greatest super hero toy lines for a very long time. Even though the sculpts were simple and the paint apps limited the figures just looked like the leaped out of the comics. Below is Wolverine in his brown and yellow costume. The figure originally came with clip on claws. There were both silver and black claws. I bought this figure at an indoor flea market while I was in college. 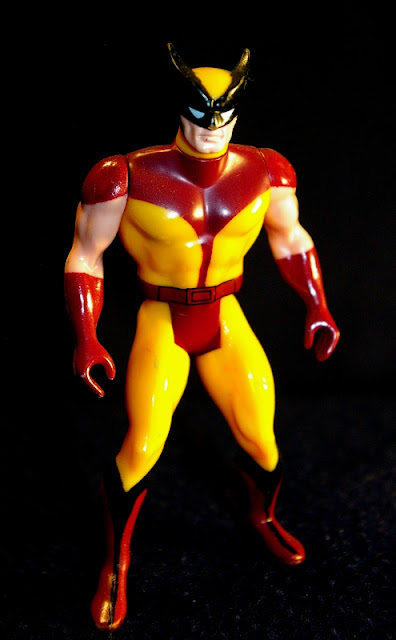