I remember seeing Aliens for the first time. It was during the Blizzard of '93 and I was snowed in at my best friend Derek's house. It blew me away. As soon as I found out there were Aliens action figures I had to get a bunch. The next Spring I asked for the Queen, Scorpion Alien, and Lt. Ripley for my birthday. I lucked out and my parents got me all three. 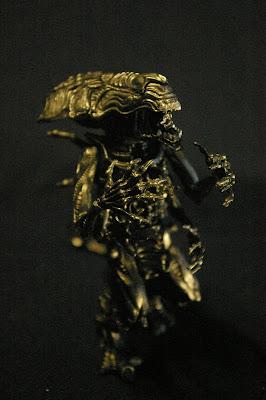 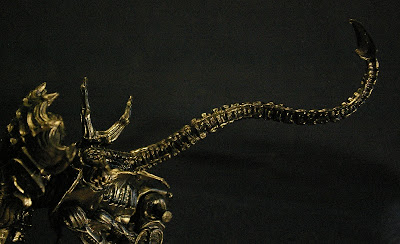 There is a button on the Alien Queen's hip that activates a tail whipping action. The Queen has an enormous tail that has an amazing spiny sculpt. The tail is so big and long it actually comes as a separate piece in the packaging. 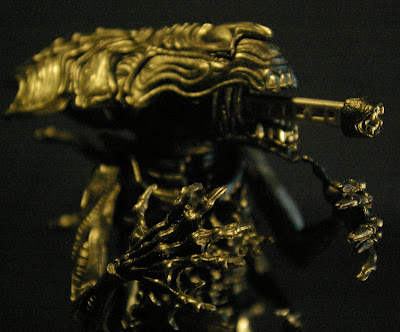 There is a rubbery bulb underneath the Queen's head ridge. When you squeeze it the air pressure makes the Queen's smaller mouth pop out from her main mouth. This is one of the coolest things the Aliens do in the movie. It's so great that they could incorporate the feature into one of the toys. 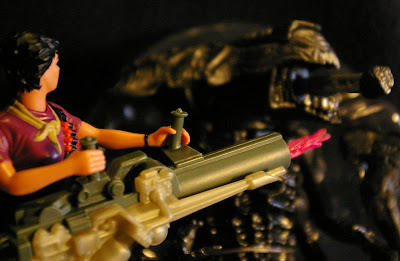 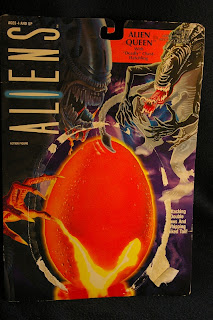 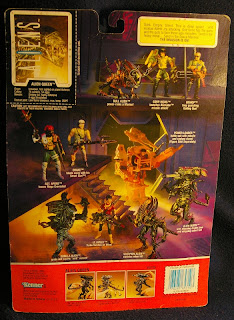 My buddy Paul, who is a toy reseller, recently gave me a second Queen. He and his Dad bought tons of Aliens figures back in the day and have been sitting on them to resell. When he moved recently the bubble from one of the Queens fell off the card back, So since it's not carded anymore Paul gave her to me. Above you can see the packaging. I love the display on the card back showing off the other toys. Below you can see how the Queen, her tail, and the Chest Burster  accessory are all packaged in the bubble. 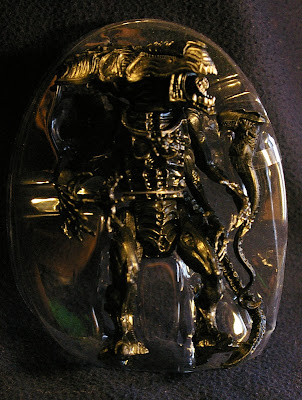 The Queen came with a little hard plastic Chest Burster. This little baby Alien was always fun to use with a Vintage Star Wars Taun Taun. If you have Han's Open Belly Taun Taun you could stick the Chest Burster inside.
Posted by Buzz Chuck at 8:04 AM