Spikor... the spikiest guy on Eternia. This purple villain is Skeletor's blacksmith. He's covered in spikes from head to waist. His left arm houses his action feature. Like the rest of the Masters of the Universe figures he wears furry boots and underpants. In addition to being covered in spikes, Spikor came with an orange spiked club for a weapon. The spikes on his torso are oddly rubbery and occasionally ripped off on loose figures I see at yard sales. 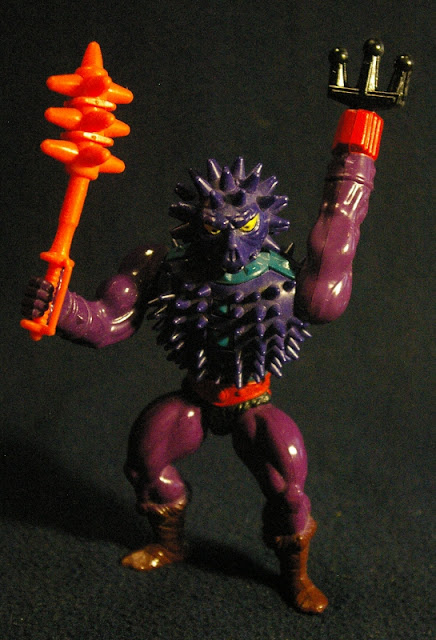 When you twist Spikor's waist it activates his action feature. His spiked trident arm extends as his torso is twisted. The chrome on mine is a little worn.  Spikor has a cool appearance and was a figure I always wanted as a kid. You can always check out my review of the MOTUC version and my custom Color Blanks Spikor. 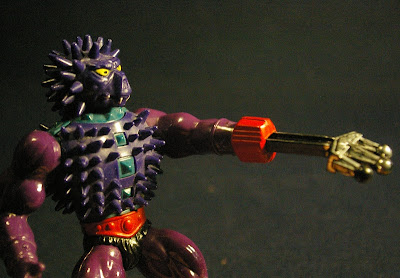