Well today I hit up one of my all time favorite Flea Markets. They hold the event twice a year and I have been going since I was a kid. In fact it's the flea market I sold many of my own toys at when I slimmed down my collection in middle school. I happened to get such a great deal on this stuff today that I bought several figures I would have passed on otherwise. 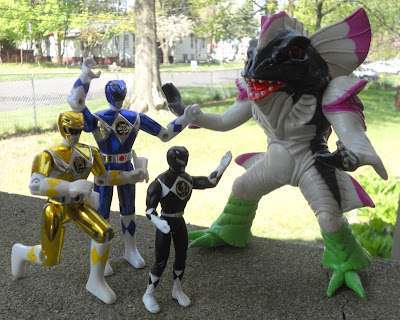 First up are the Power Rangers. I picked up chromed Yellow and Blue Rangers, a smaller scale Black Ranger, and a fish monster who I think was the monster from the first episode of the 2nd season. 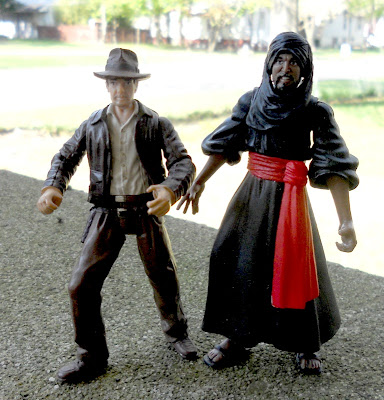 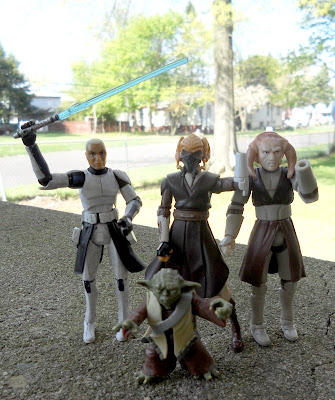 I picked up four Clone Wars era Star Wars figures. Unfortunately two of them are missing hands. I think this is going to be a common problem with these highly articulated figures for future collectors. It was hard enough trying to collect GI Joe and Star Wars figures when you had to hunt down little guns. Now that you have to hunt for hand... good luck to the kids today who grow up to collect toys. 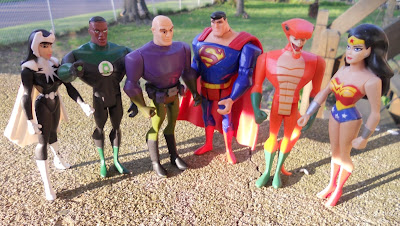 Next I picked up six DC Comics characters all in the Bruce Timm animated style. Dr. Light (with some major paint wear on her boots), Green Lantern, Lex Luthor, Superman (with elbow and knee articulation), Cooperhead, and Wonder Woman. 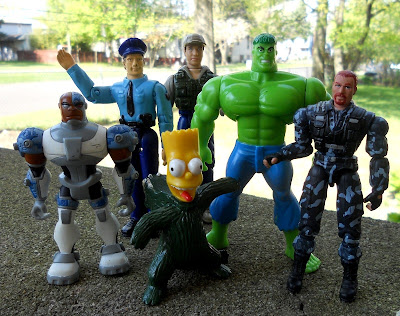 Here is a rather odd mixture of figures. Teen Titian's Cyborg, a generic Police officer, a generic fisherman, Bart Simpson in Godzilla Suit, The Hulk, and a "new sculpt" Shipwreck from GI Joe. 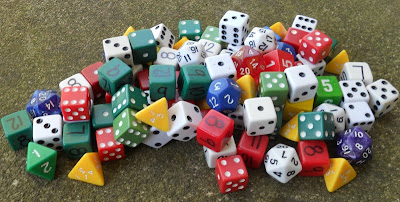 I also bought a big bag of dice. I think I'm going to find an interesting jar to
fill up with dice and put it on a shelf somewhere.