Beastman was one of Skeletor's original flunkies. He is probably the evil warrior to be used on the most merchandise besides Skeletor. His parts were resused to make both Mossman and Stratos. He frequently appeared more savage in the licensed art. Beastman could have almost been a werewolf or a gorilla toy. 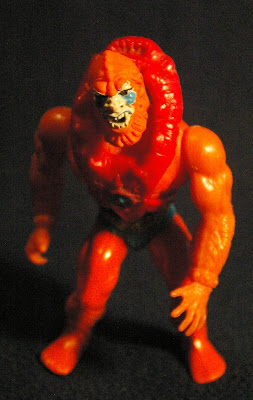 Along with his armor, Beastman also originally came with spiked arm bands (not pictured) and a plastic and string whip (also not pictured). In the Masters of the Universe lore, Beastman could control animals and monsters with his mind. 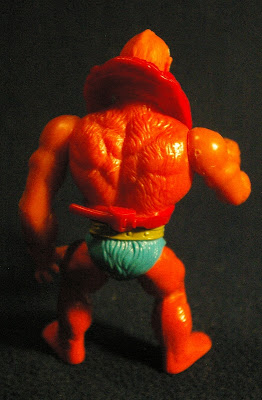