Today is my second-to-last post about all the toy in my Big Barrel of Little Plastic Men. I previously posted about my Tim Mee Rescue Helicopter, but here are some other vehicles and accessories from various plastic Army Men sets. First up are two Humvees and a Tank. I had several other tanks as a kid, most of which were less detailed than the vehicles below. All the other tanks were melted while I was in middle school to make damaged vehicles for the table top battle game Warhammer 40,000.

This satellite truck is more on the detail level of many of the Army Men tanks I melted for terrain features for Warhammer. This truck kind of reminds me of the trucks with mirrors mounted on their backs from the old GI Joe cartoon mini-series. I had a troop transport truck years ago, with a canvas top (molded out of plastic). 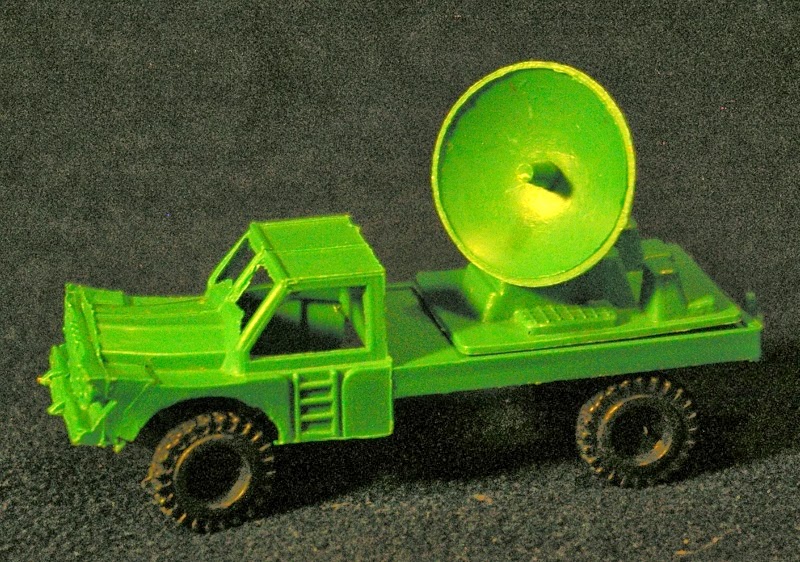 These two helicopters are much smaller than the Rescue Chopper. The all green Apache is pretty cool looking. I don't really know the story behind the NASA helicopter. I think I picked it up at a yard sale.

The last group of accessories are all the typical green Army Men props. Sandbag walls, a flag, and fences. I used a few of the flag poles to make flying stands for Warhammer miniatures and other toys years ago. 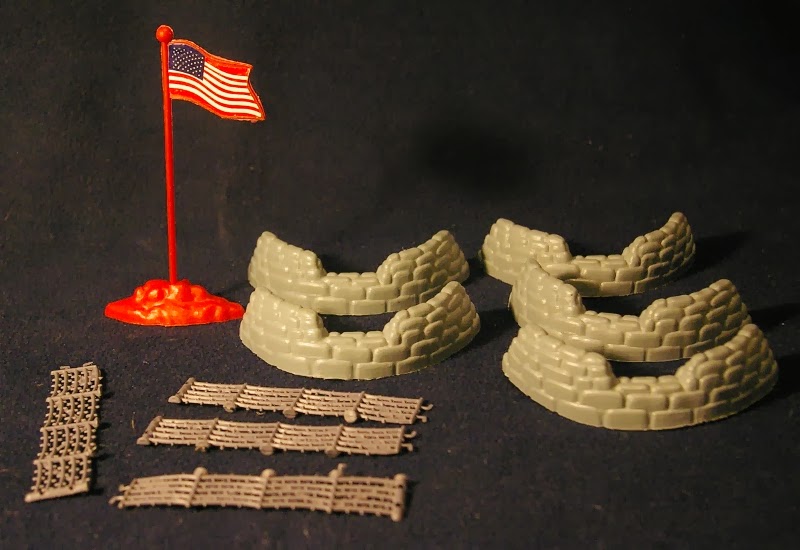 Keep that flag flying high boys.  I loved playing the Army Men computer game in capture the flag mode back in high school.
.