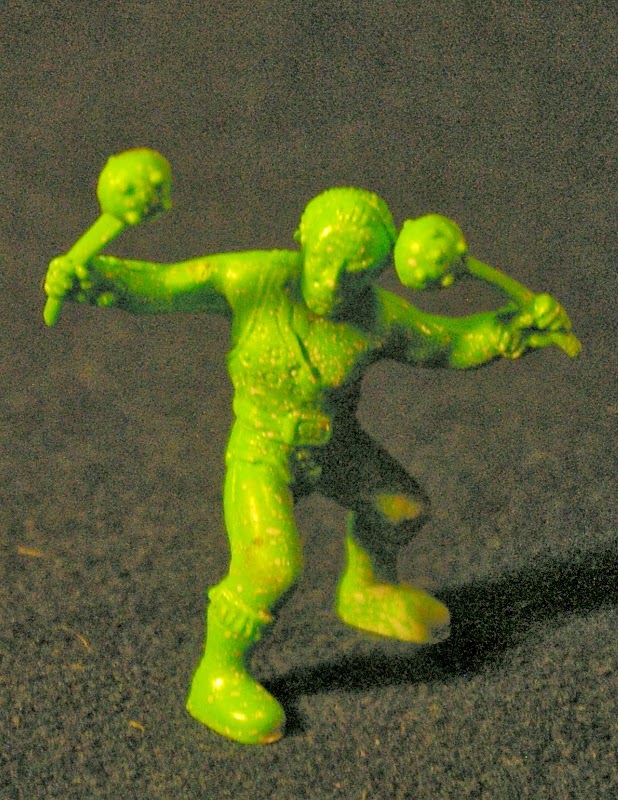 As a kid I had lots of cool little monsters and knights to play with. From Lego to Monsters in My Pocket... I also had some great little plastic creatures, like Army Men but better. I think my buddy Derek showed me a lot of these crazy little figures. I don't know where he used to find them all.

Recently I have been reading about Dimensions for Children's (DFC) line of fantasy figures. These monsters, knights, and dragons were released in different adventure sets over the years. My buddy and I had lots of these figures in different colors, and some had district sculpting variations. I'm not really sure what happened to all of them, but today I'm going to highlight the toys that still live in my Big Barrel of Plastic Men.  First up is this green giant. He's wielding two maces and looks pretty angry. He almost looks like he is going to club himself in the head. 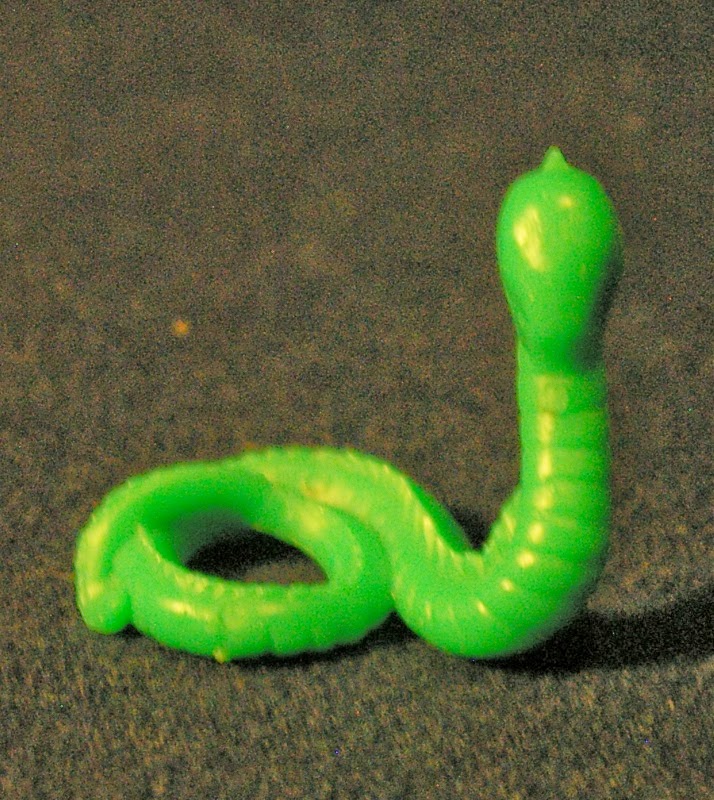 Next up is a brighter green serpent like monster. Sometimes listed as a Snake Demon, it looks like a Naga from Dungeons and Dragons.

This figure is well known among little plastic monster collectors because there are two very different versions. One with a evil face and pointy ears. The other, this blank face.

There is a lot of speculation about this version being a bootleg. It seems like someone sanded off the face to make it easier to make a mold for a reissue. Very strange, and creepy. 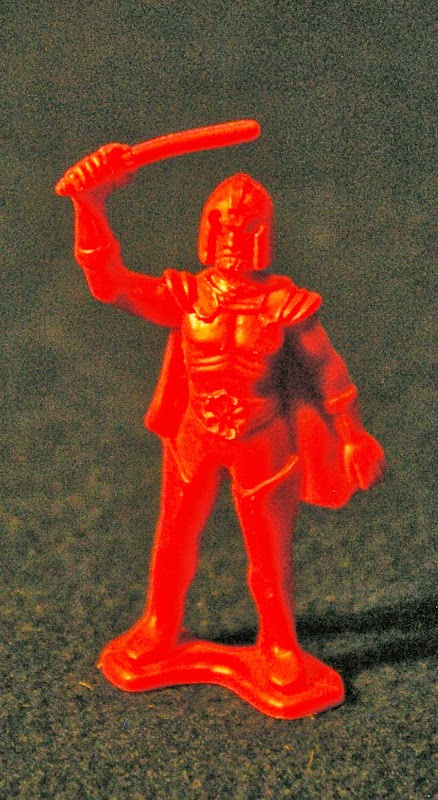 This space knight comes from a cool line of toys called Galaxy Laser Team. Just like the DFC toys, my buddy introduced me to these figures. We played with them a lot, but I see some styles of figures online that we never had.

This SciFi knight is armed with a sword. He wears a helmet and cape. He has nice details including sculpted musculature.

Below is a photo of these figures along with some other DFC toys I previously posted about here on Action Figure Adventures. As mentioned in those posts, after we grew out of playing with toys, we often times painted the figures like the lead miniatures from the various fantasy lines. Previous posts about the Wizard, Knight, Demons, and Giant can be found my clicking on their names. 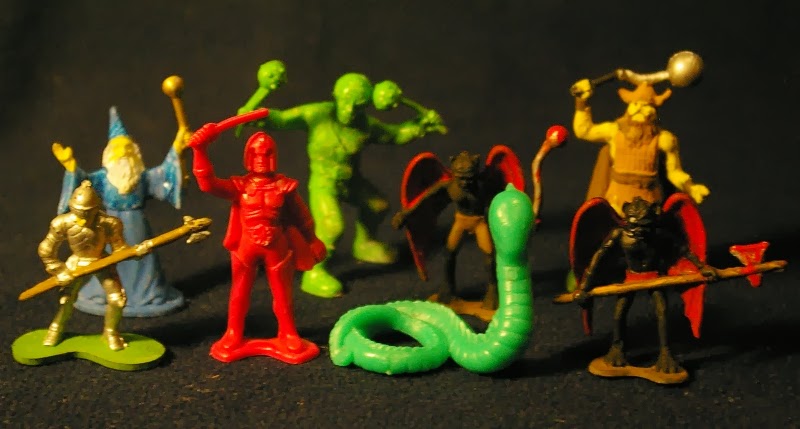 The last two figures in today's post are game pieces from Crossbows and Catapults. I never had the game, but I bought these figures on separate occasions a couple years apart at yard sales. You can see I learned to use washes when painting by the time I painted the viking. The first figure in the armor just has a single tone to his skin. 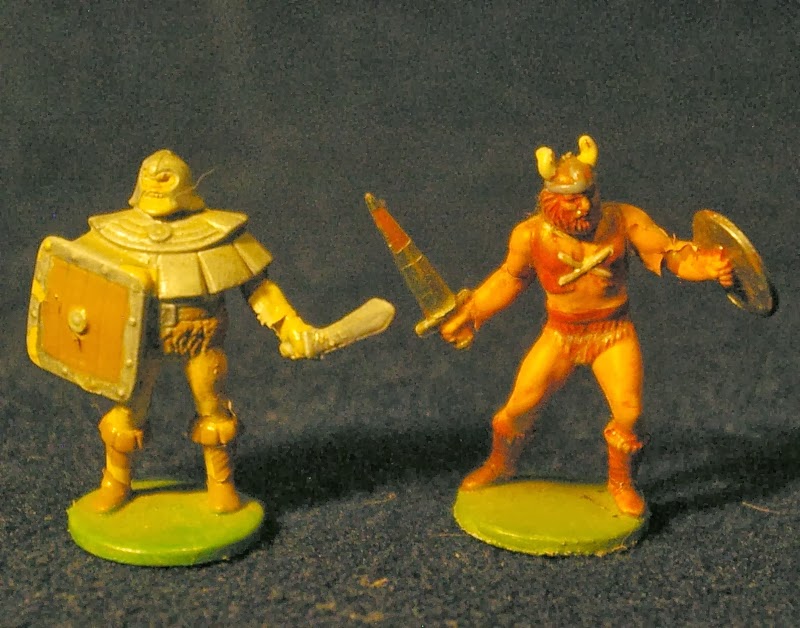 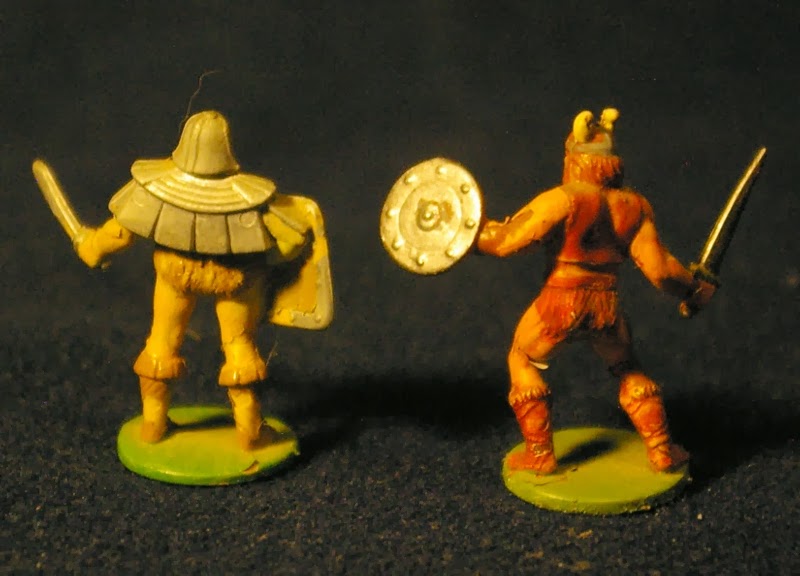