In the world of comics... 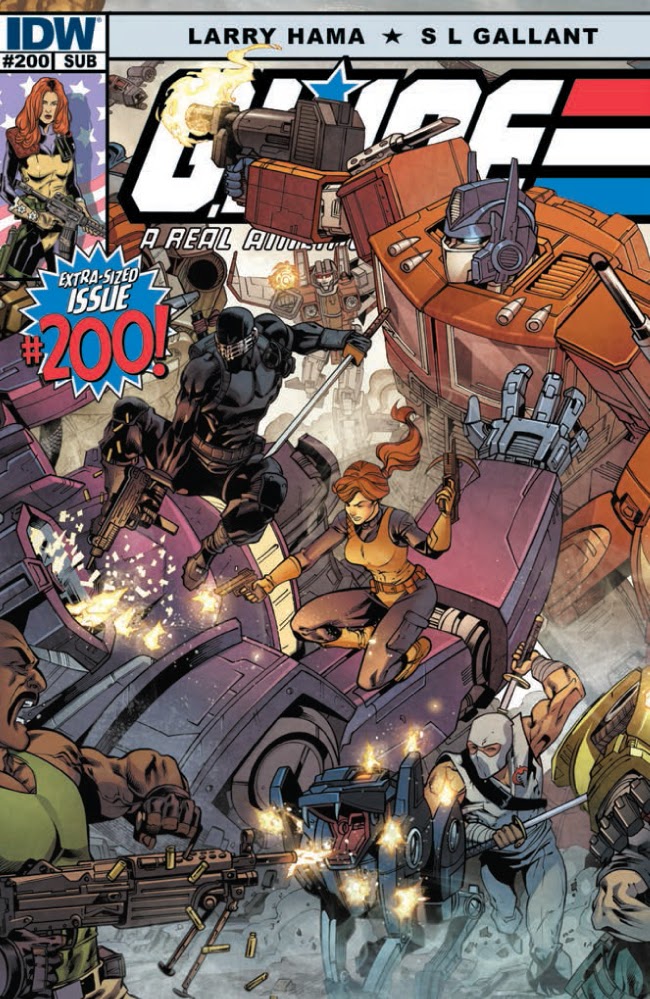 I've been reading a lot of comics lately, and I felt like posting about some of them. I don't usually do reviews of specific issues and I'm going to try to avoid just recounting the main plot points of the books. I must declare that there may be some spoilers, so read at your own risk.

I've been a fan of GI Joe: A Real American Hero since it was a Marvel book back in the 80's. I don't own every issue, but a good majority of them. I rarely see any of the 90's issues I'm missing at comic stores or shows. I was very excited when IDW started the series again right were it left off with the original author Larry Hama. This month they just hit issue #200 (counting both the Marvel and IDW issues).

The most recent story line involved Cobra invading the Pitt and a small team of Joes using guerrilla tactics to drive them out. It's been pretty exciting. S.L. Gallant has done a nice job with the art work. I enjoy all the little touches he included. He tends to draw the characters in their classic uniforms, but on occasions there a unusual visual references like Cobra Commander wearing his Sigma 6 Battle Armor in issue 200. I have notice a couple of mistakes in the art were characters got mixed up. In issue 200, Zap and Long Range are talking to each other, but the bubbles are mixed up. I don't really know if this is the artist or letterer's fault. They need a die-hard Joe fan for an editor. 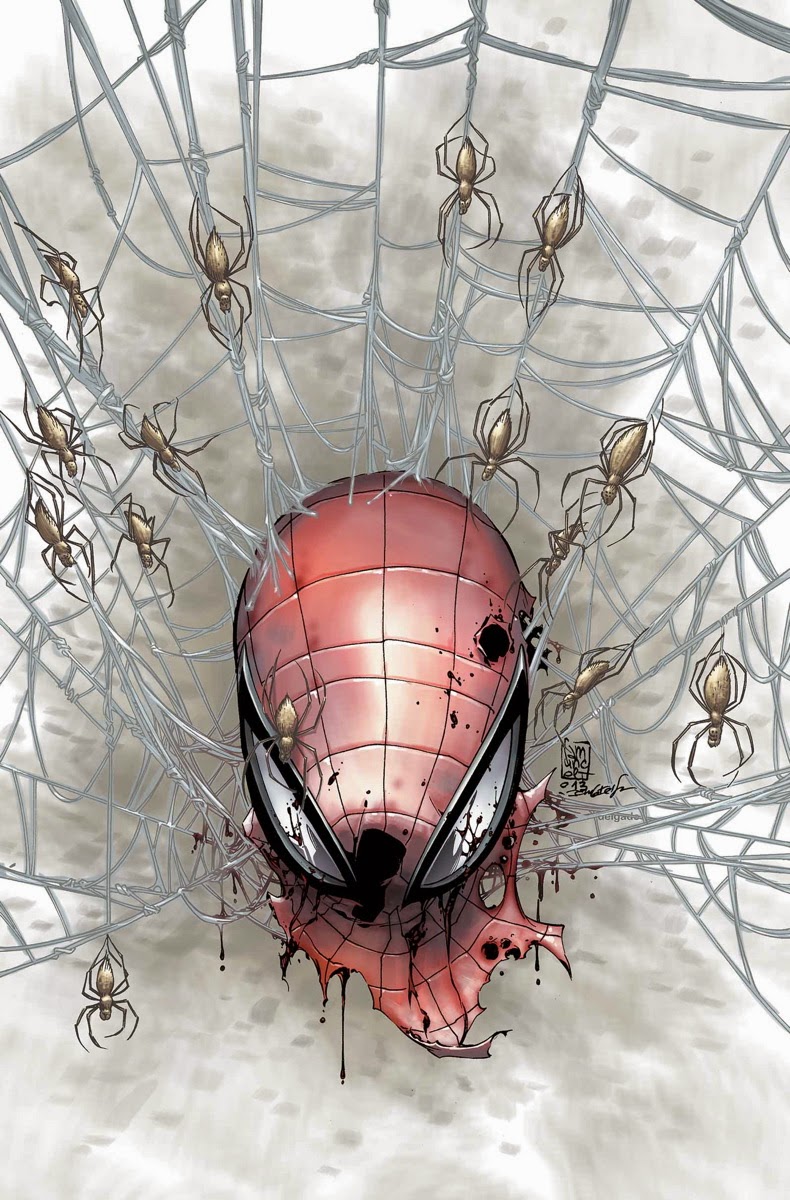 The next book I've been reading and really enjoying is Superior Spider-Man. If you don't know the basic plot you've been under a rock. They even made a joke on the Big Bang Theory about Dr. Octopus's mind being in Peter Parker's body. I've been reading the series from the start and I really enjoyed it. It was fun to see a fresh take on a famous character. It's a lot like Jean Paul Valley replacing Bruce Wayne during Knight Fall. Upgrading the suit and trying to be a better hero. The series is about to wrap up, and I knew it wouldn't last when they started it. I enjoyed the ride, but obviously Marvel will want Peter Parker's mind back in his body just in time for the release of the The Amazing Spider-Man 2 film.

I have to admit, after the past year of Superior Spider-Man I was excited to see the original costume again. 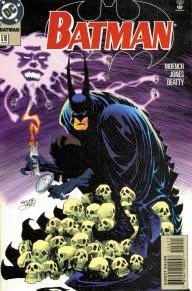 The last comic book I want to talk about is actually a collection of older issues reprinted in a really nice hardcover book. Batman by Doug Moench & Kelley Jones Vol 1 is a collection of 90's Batman monthly issues from after the Knight Fall series, but before the Cataclysm event. The book's title includes Vol 1, so I assume they will be releasing a 2nd volume containing more of these issues.

All the issues in the book were written by my good friend, Doug Moench with art by Kelley Jones. So there stories have dark and spooky artwork. Kelley's Batman has long ears and a crazy cape. These issue have very unique art, but feature other characters like Swamp Thing and Deadman that work so well with Kelley's style.

I haven't started rereading these issues yet, but I can't wait. I remember getting copies of the issues from Doug each month when I'd go over to play with his son, Derek. I have extremely vivid memories of getting some of the issues, and I always really enjoyed the times I got to meet artist Kelley Jones and inker John Beatty who worked on these issues.
Posted by Buzz Chuck at 9:29 PM