Hydro Assault Joker was released as part of the New Adventures of Batman toy line. He was a characters from the Mission Masters 2 sub series of that line. This particular figure is also a repaint. The Joker is dressed in a red or maroon version of his suit. He is wearing a yellow shirt and green & red striped pants. He seems almost like an homage to the Kenner Sky Escape Joker from the Dark Knight Collection. He even has the same bright blue gloves. 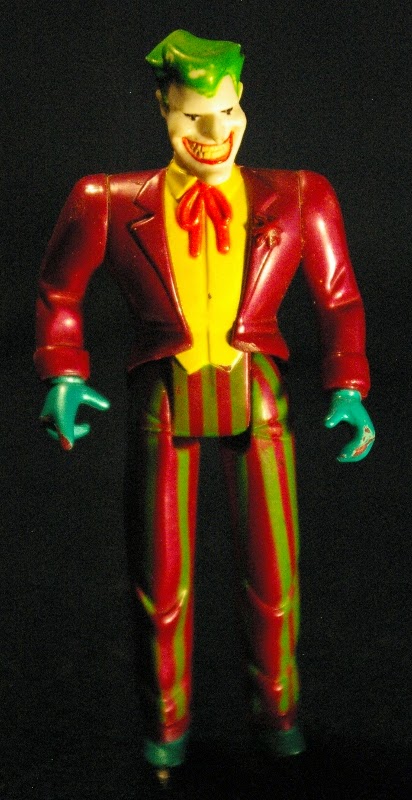 Like I previously mentioned, this is a repaint of another Joker figure who wore his traditional purple. The original version was released in the early days of the Batman Animated Series toyline as the standard Joker figure. This sculpt was also released in a blue suit as Pogo Stick Joker.
Posted by Buzz Chuck at 8:07 AM