Guts was a line of little plastic army men made by Mattel in the mid 80's. The best thing about Guts was the fact that they had painted details. This set them above most army men. Instead of having different color schemes, Guts actually had different style armies. Below you can see examples of four of the armies. Aikidoe Force, Jungle Fighters, Green Berets, and Laser Fighters are all represented in the photo below. I don't own any Ground Troops, which are basically standard  green army men or Underwater Demolition Team, a force of SCUBA divers in navy blue wet suits. It's amazing that just a little bit of bulk and a splash of paint made these Guts figures seemed a million times cooler than the standard plastic army men. 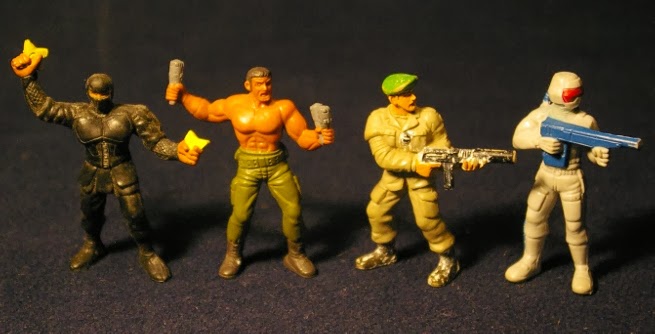 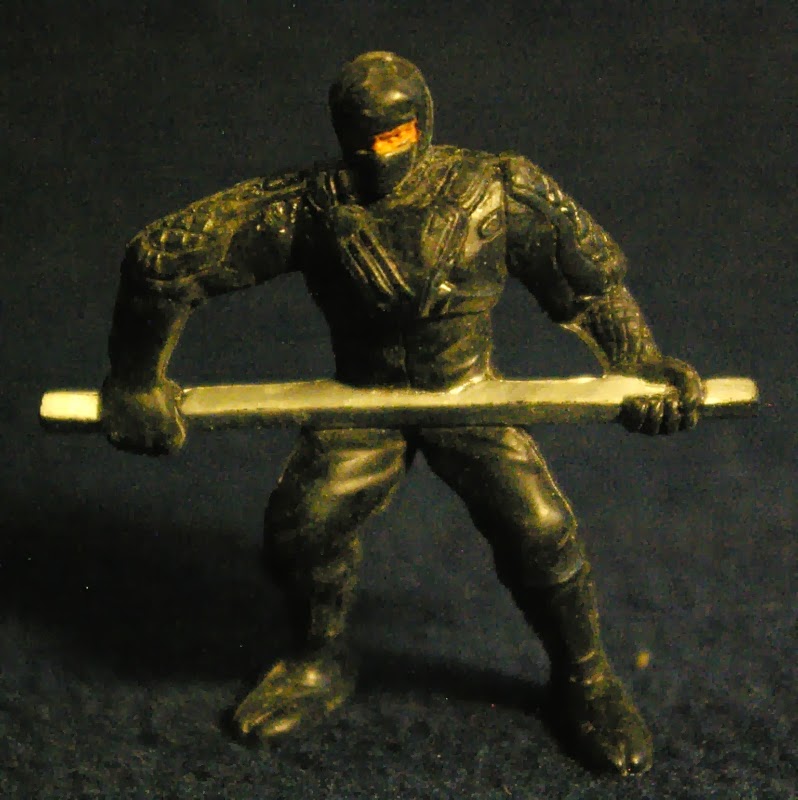 I really liked the ninja figures from the line. They just seemed so unique. I remember as a kid my buddy Britt had one who wasn't wearing a mask and we always called the figure Larry because we thought it looked like his dad, Larry.

I do have to mention that the Green Beret in the first photo I traded off a kid in Elementary school and he had painted The gun and boots with White-Out. I scratched most of it off years ago, but some remains. 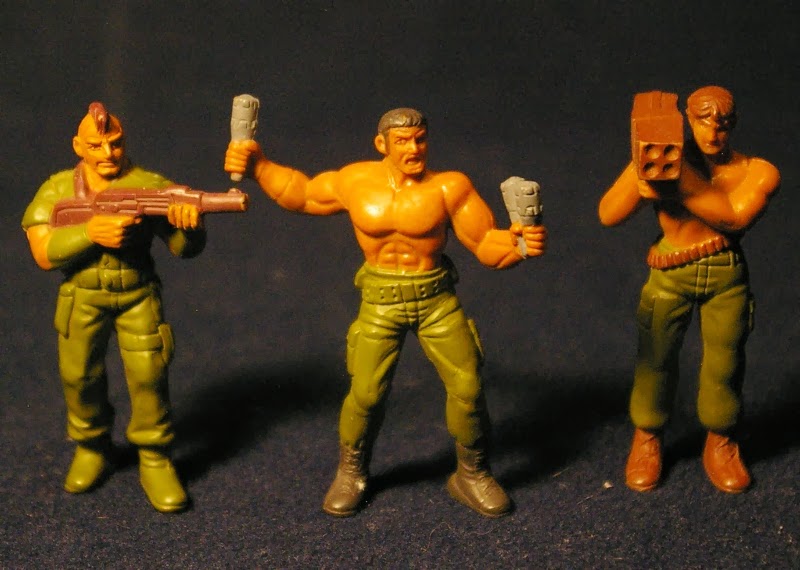 This photo shows off a few of the Jungle Fighters. I always liked the fact that the first figure in this photo has a purple mohawk. The center solder seems like he'll be rather unarmed after he throws his grenades. The final figure from the photo always made me thing of Arnold Schwarzenegger from Commando. I always loved that scene with the missile launcher. 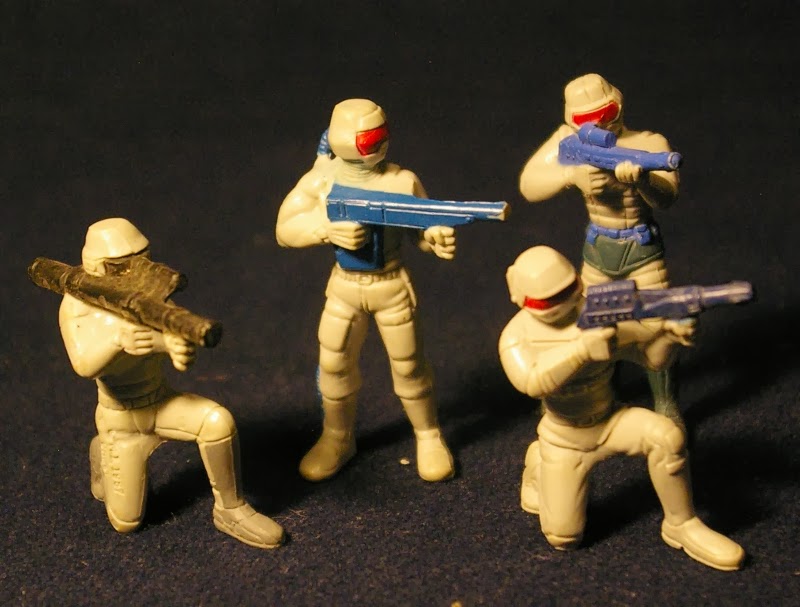 Laser Fighters were supposed to be a team of space soldiers. My buddy Britt and I always used them as SCUBA divers in his pool. They kind of looked like Cobra Eels from GI Joe to us.

All the Guts figures had unique character names listed on their card backs. Other than the Jungle Fighters and maybe the Aikidoe figures their designs aren't unique enough to bother learning all their names. They were a very cool piece of my childhood. These are some of my favorite figures from my Barrel of Little Plastic Men.