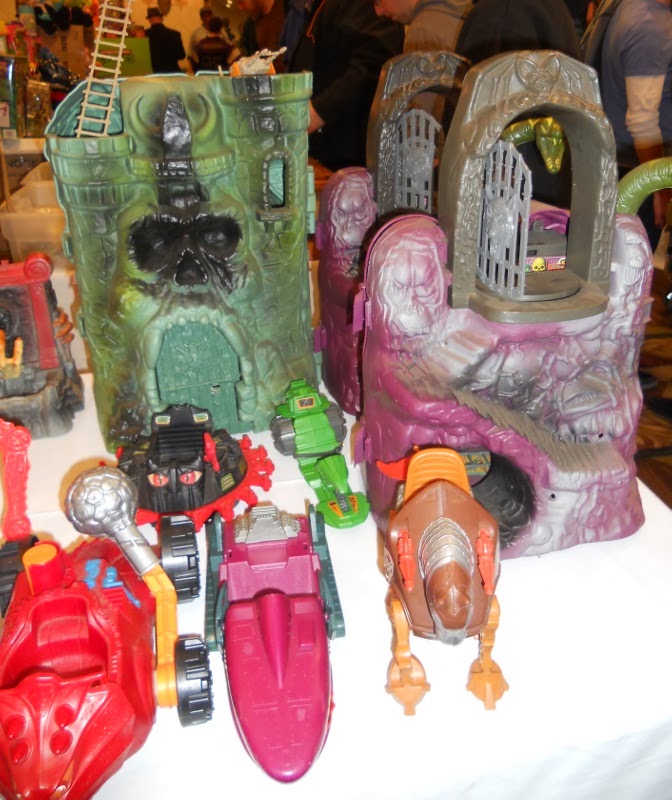 Today I traveled with my friend Mike to Cherry Hill, New Jersey for NJCC. We meet up with Rose and Tony from Retro Con as well as a bunch of other collector friends. As usual the show was extremely well attended. Out of my group of friends I think I was the person who bought the most stuff. Tony and Mike both didn't really find much.

I saw quite a lot of vintage Masters of the Universe toys. Lot of figures, vehicles, and play sets. I even saw a few dealers selling loose weapons.

I thought about buying several vintage MOTU figures while at the show. One of the guys was even selling two loose Laser Power He-Man figures. They both had some play wear and only came with the sword. He was asking $100 a piece. I just couldn't pull the trigger. 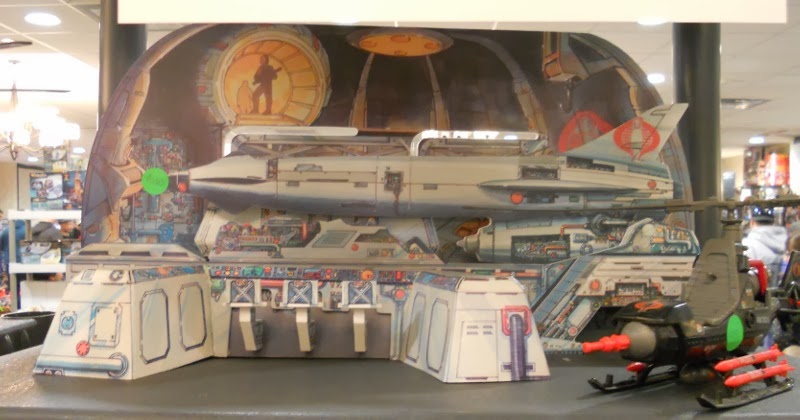 Another item I saw for $100 was the very rare Missile Command Headquarters. This cardboard playset was released with three Cobra figures as a Sears Exclusive for the GI Joe line in 1982.

Like a lot of the old Star Wars playsets, most of these were destroyed by kids back in the day. 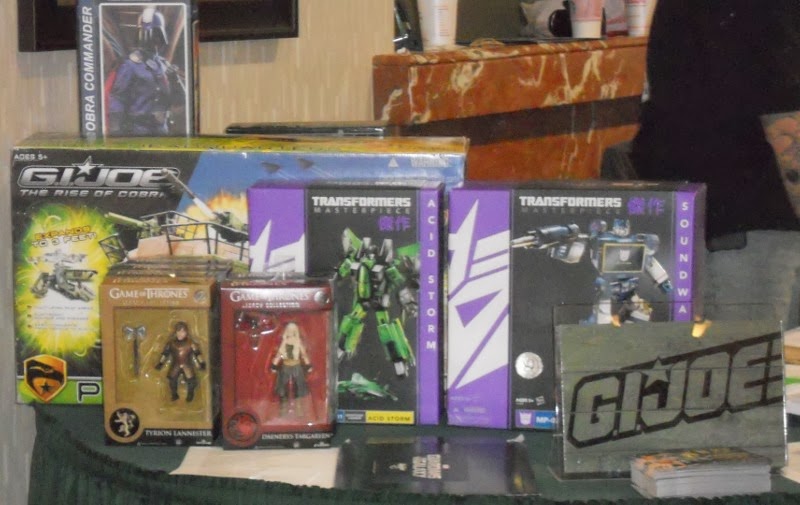 As usual NJCC had a large selection of door prize raffles. Along with some of the prizes pictured here they also gave away some cool custom figures.

Boss Fight Studies who sculpts parts for Hasbro and the GI Joe Collectors Club were at the show again this year. They were showing off a lot of stuff from the current GI Joe CC Subscription service. If you look closely you can see the sculpts to some of the Eco-Warrior and Zombie figures from the upcoming GI Joe CC Con Exclusive set. I think the prototype of the zombie dog looked better than the painted (or photoshopped) image released by the club. 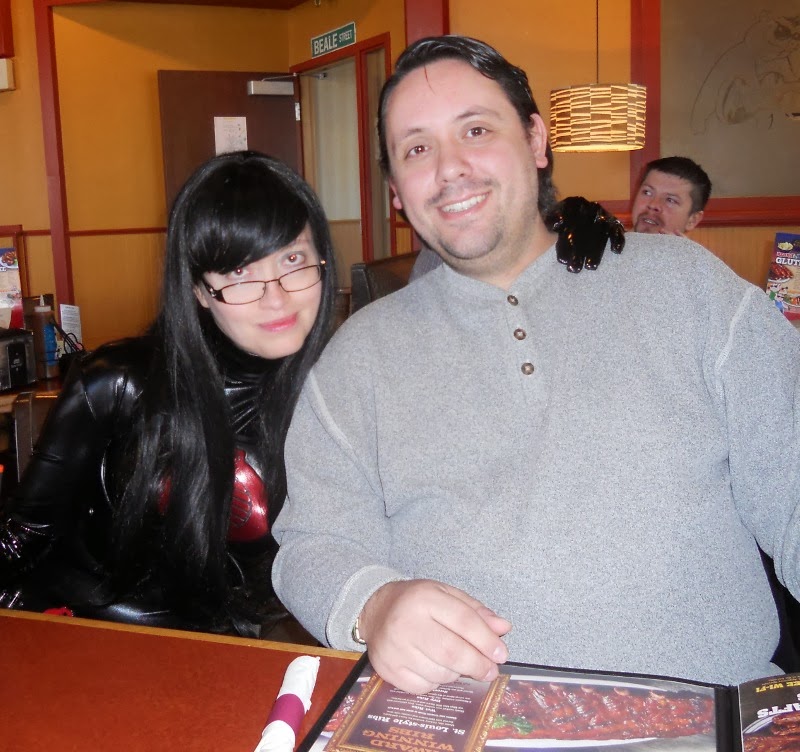 We had quite an adventure at lunch time. Twelve of us ate at the restaurant at the hotel. It was our waitress's 2nd day on the job and it turned into a disaster. Before all the drama I snapped this photo of Rose in her Baroness costume along with one of the other collectors I just met.

Later during the meal, Cobra Commander joined us as well. It's had to eat while wearing a shiny metal faceplate.


Here is a photo of Unemployed Skeletor along with Scarlett from the GI Joe Costume group "The Finest".  There were a lot of other costumers at the con. Mostly GI Joe characters, but I did see a Transformer and a little kid dressed as Dr. Who. I also snapped this photo of three Dreadnoks. Road Pig's costume is amazing. 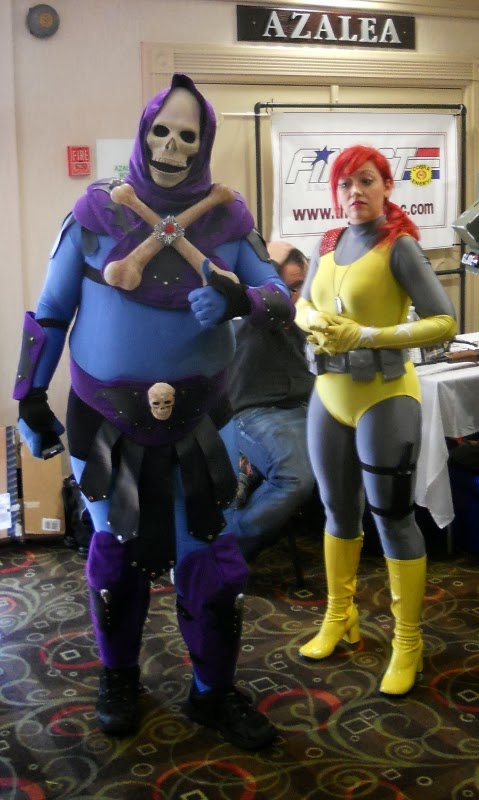 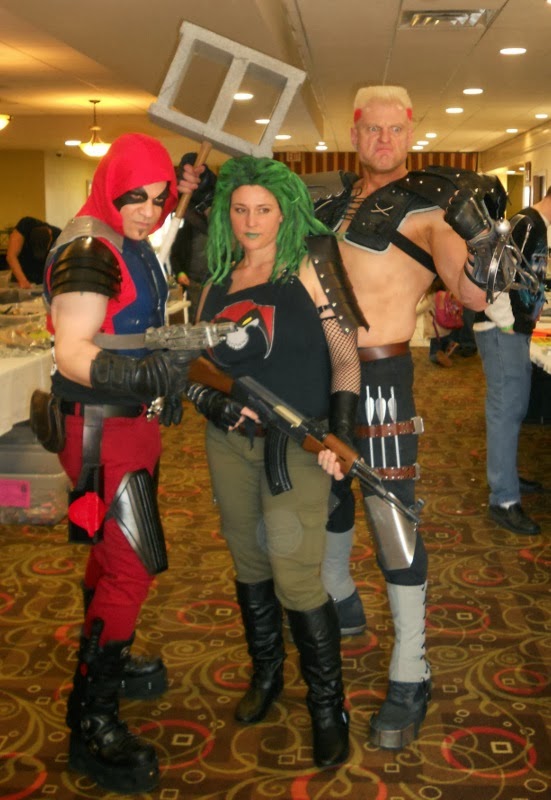 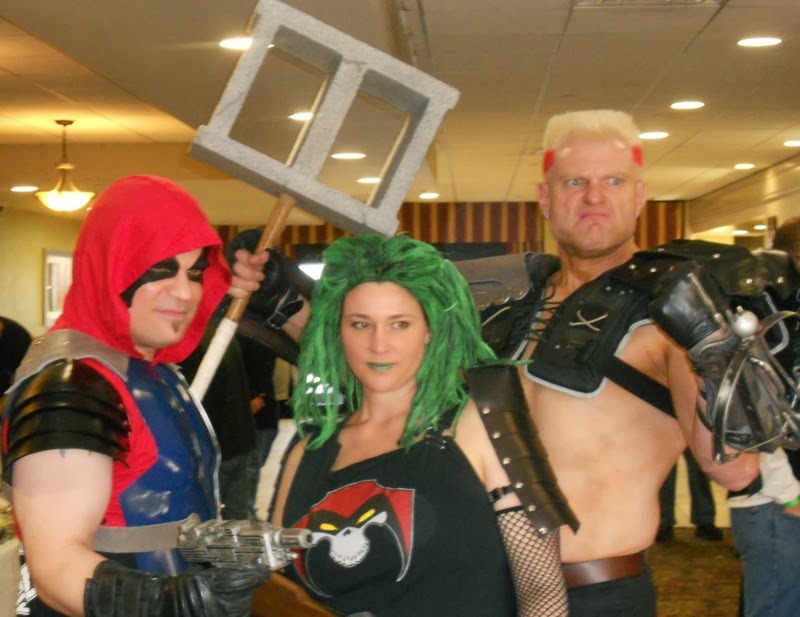 I'll be posting about my purchases later in the week.
Posted by Buzz Chuck at 9:03 PM