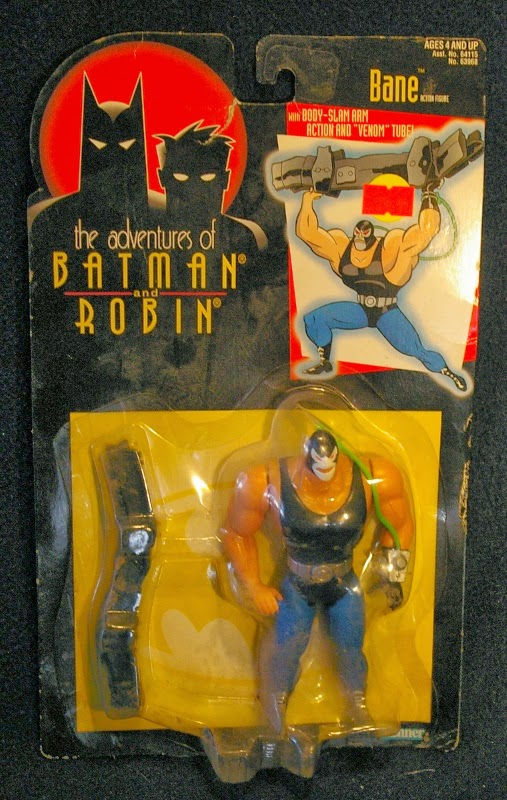 As a kid I loved Batman: The Animated Series. I watched the show religiously. I didn't really collect the toys because I was growing out of playing with toys and I already owned a lot of characters from the Burton movies. I did own a couple of figures, mainly Combat Belt Batman and Dick Grayson / Robin. Both of these figures I used in my animated show, Action Figure Adventures.

As a kid I wanted to pick up the Bane figure because of my friendship with comic writer Doug Moench. I still remember watching that episode and thinking it was weird that they made him mask have an opening for his mouth. I have a large collection of Bane merchandise and I wanted to add this figure to it, since I never got him back in the day. The comic store wanted way more for him than I really wanted to pay, but they had all their toys 50% off at one point and I snatched him up.

In the cartoon Bane appeared like this figure in the original animated series, but his design was changed for the Batman/Robin episodes So it's interesting that this early costume was packaged on the later style cards.

Bane is dressed in a black leotard over blue tights. He is wearing a black and white wrestler mask. He has a few silver details like his belt and venom dispensing wrist gauntlet. There is a small green tube that connects the gauntlet to the back of his head. If his blue tights were painted black he would appear a little more comic book accurate. 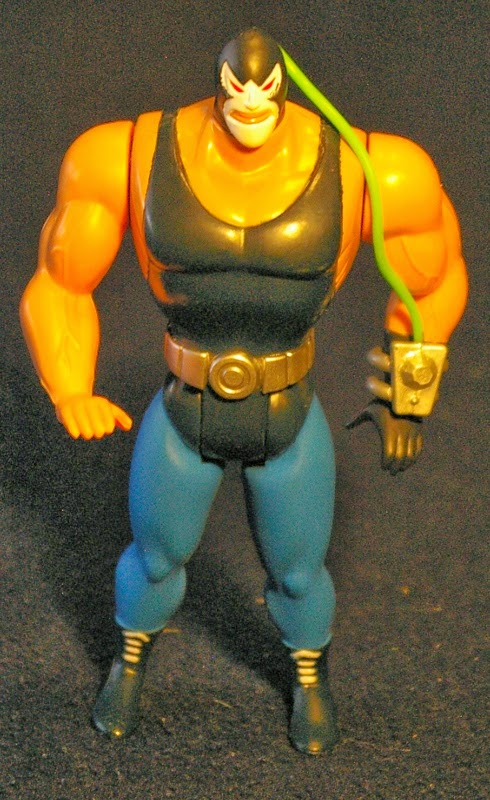 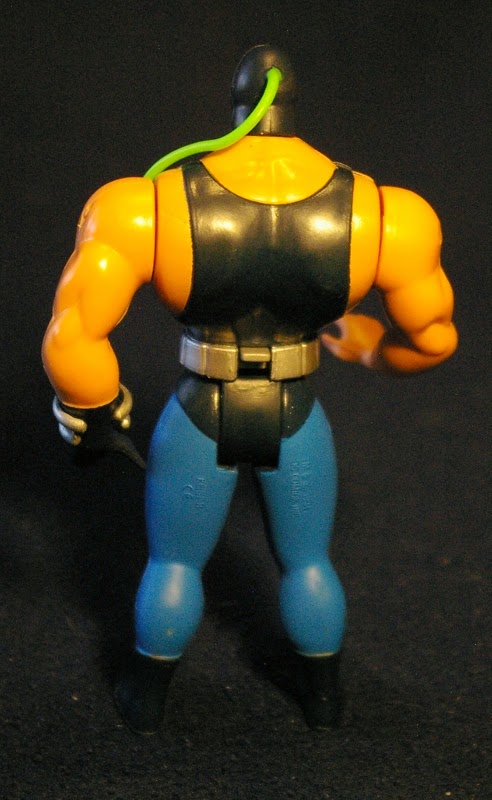 Along with his wrist gauntlet, Bane also came with a bent I-beam accessory. He has an action feature that allows him to throw the plastic beam. When you raise his arms they lock into place.Then when a button is pressed on the back of his belt his arms quickly swing down releasing the beam. 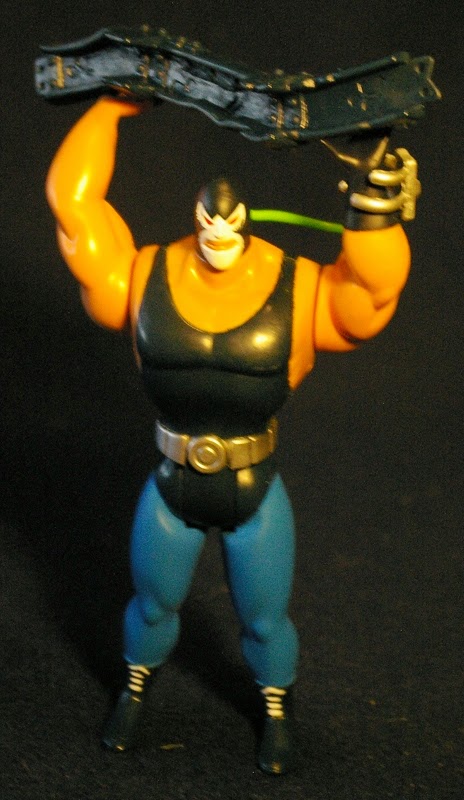 Bane about to break Batman's back. He looks good posed with this battle damaged dollar store Batman. 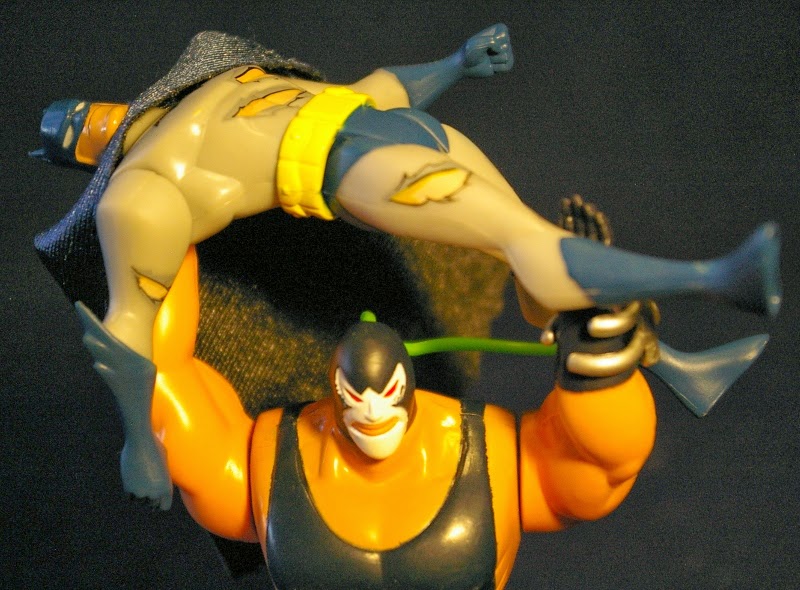