Iceberg was the third cold weather specialist to join the GI Joe roster. Joining the ranks of Snow Job and Frostbite, Iceberg is often over looked. Iceberg didn't come with the crazy array of accessories Snow Job came with, and he's not the driver to one of the coolest vehicles ever made for the GI Joe brand. He's just a guy in a snow suit armed with a really long rifle. 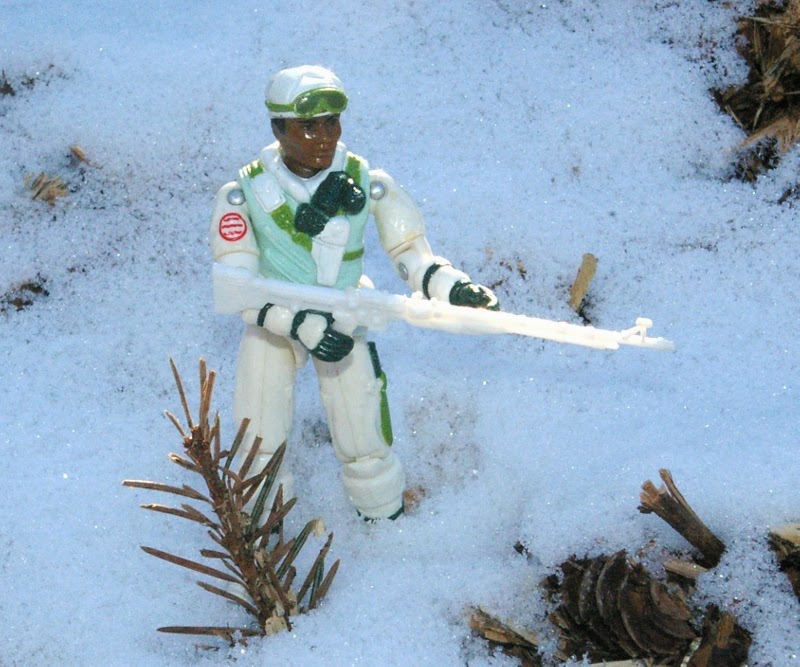 Frostbite is dressed in a white snowsuit with a light blue torso. He has some light green details like straps and holders on his uniform. Many of the other 1986 GI Joes came with loads of accessories, but Iceberg didn't even get a backpack. He's got a lot of great detailing on his sculpt. Like many arctic troopers, often times loose specimens are yellowed from exposure to the sun. 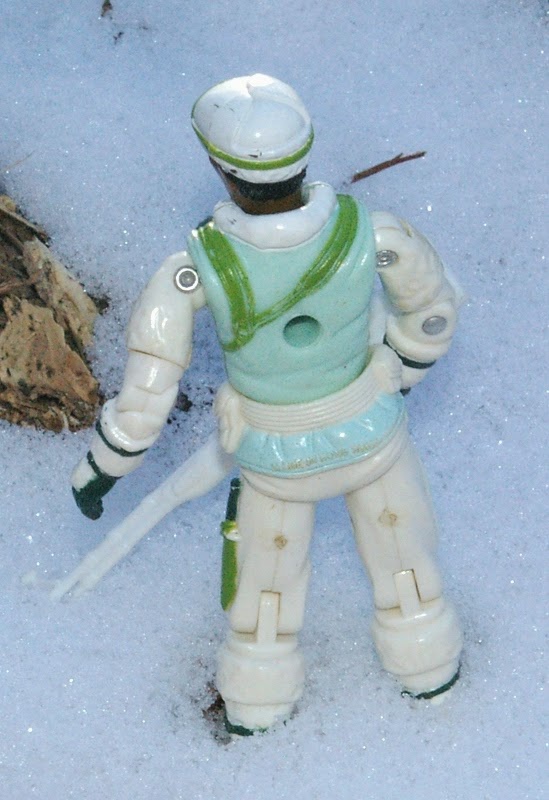