Despite how nice it was outside yesterday, it was a chilly day at the flea market. My buddy Dave and I hit up two different flea markets. I bought some tools at the first, and wasn't sure if there would be Flea Market Finds post this week, and then I found a few treasures digging around in boxes.

First up is a shiny Rocky the Red Ranger figure for the Mighty Morphin' Power Rangers Movie toy line. He has the Ape Power Coin on his torso. I previously picked up the Blue and Yellow movie Rangers. I'm on my way to having the whole team. 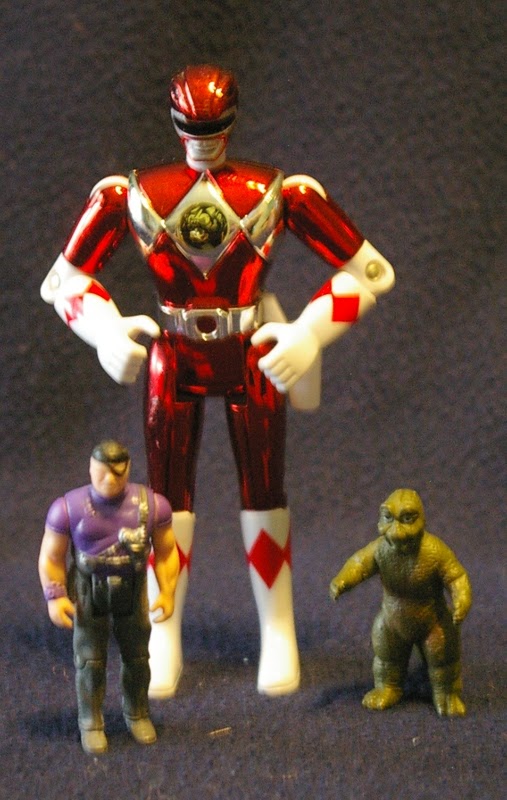 On the smaller side, I picked up Cliff Dagger one of the villians from MASK. I also found a Son of Godzilla figure. He doesn't feature any articulation but is still a cool little figure. I dropped $2 for these three figures. Not a bad start to the Spring Flea Marketing season.
Posted by Buzz Chuck at 11:11 AM