Well, I posted about my green Plastic Army Men, but I also have other colors. I have a small platoon of gray troopers pictured here. The first picture doesn't have very true colors. These troops match the color of the second photo. We have a Commanding Officer, a Riflemen and a Grenade throwing solder. 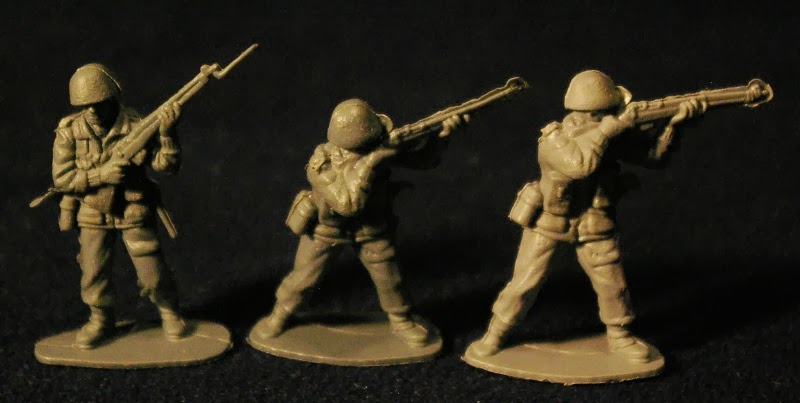 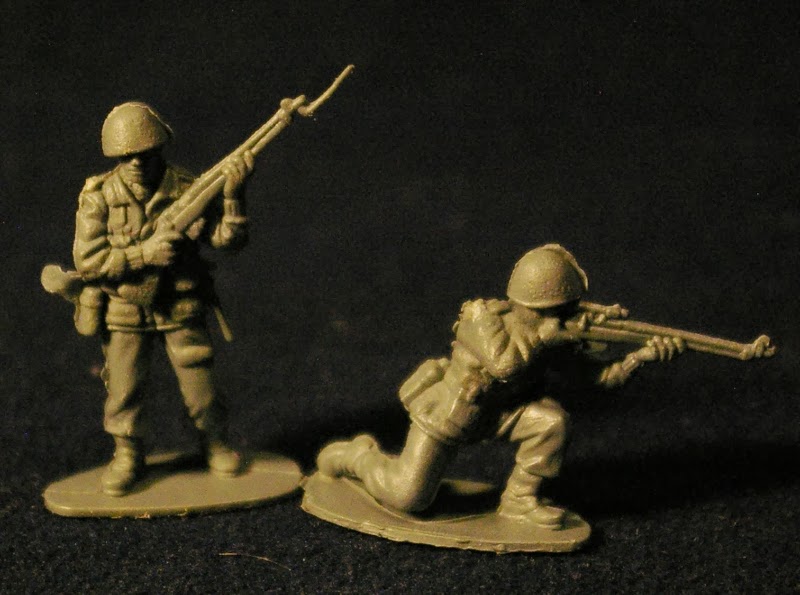 Here were have three different poses for Riflemen. One has a bayonet while the other two are aiming their weapons. The middle Army Man has a pretty interesting pose. He seems to be shooting at someone who's taken the high ground.


Here is the Rifleman with the bayonet along with a crouching Rifleman. The crouching solder is the most common pose of Gray Army Men I own.


Below you can see my complete collection of gray Army Men. As mentioned at the top of this post, they are all the same color. 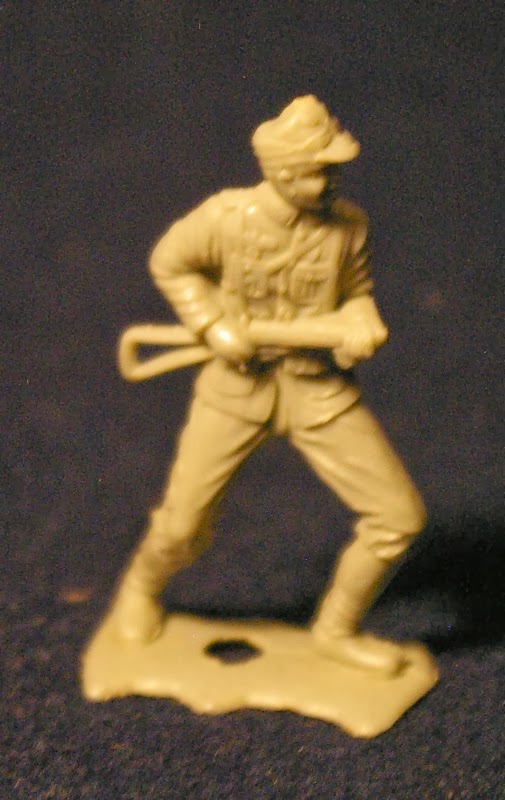 The next two figures I want to talk about are unique figures in my collection. The first one is an odd shade of green and seems to be a paratrooper. He is made out of a much  harder plastic. He feels like he'd shatter rather than bend like most Army Men. I think a kid at school gave him to me in 3rd grade.


The second Solder is made of a very light plastic. As a kid I thought he was a Confederate Soldier from the Civil War. Now that I'm older, I'm pretty sure he's a German Soldier. I've always found his base to be very strange. I'm not sure if it is supposed to have the hole and rough edge on it or if this is a defect.

The last little batch of Army Men are a strange group. These figures have a limited about of detail and a lip on the bottom of their base. I have 4 yellow soldiers and one green figure that seem to have come from the same set. I don't even remember owning these guys. I'm not sure if I had them as kids or if they came in a lot of stuff from a yard sale and I just chucked them in the Big Barrel of Little Plastic Men. I have two solders standing with sub-machine guns, one laying down with a machine gun on bi-pod, and two men with their rifles slung over their shoulders talking on the radio. 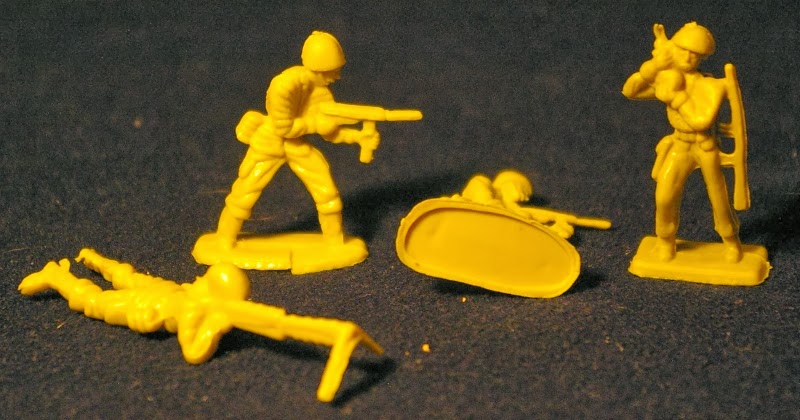