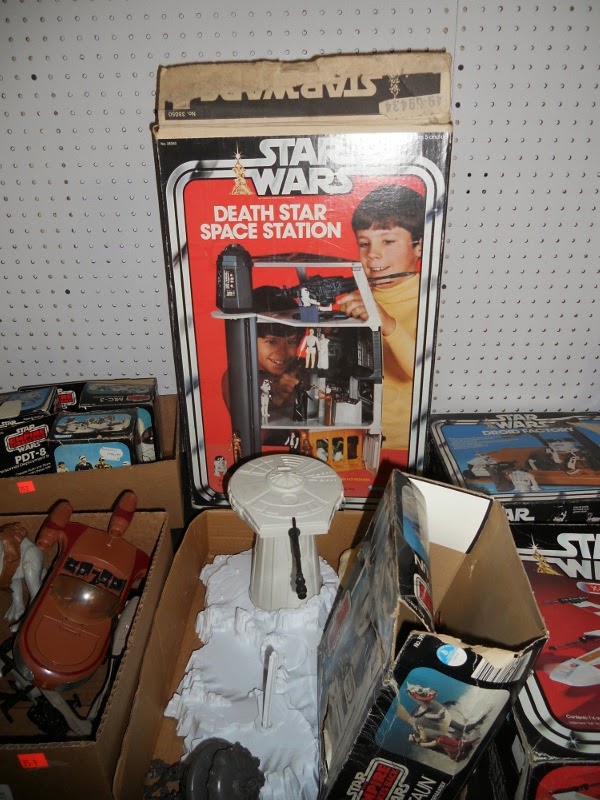 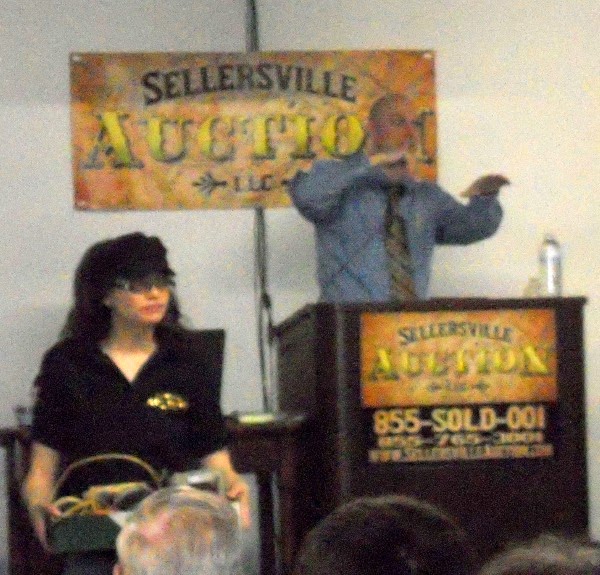 Today I went up to the toy sale at Sellersville Auction. My buddy Paul wanted to hang out so I met him up there. Everybody who buys or sells toys in my area is at Sellersville whenever they are having a toy sale. I saw half the vendors from Retro Con and NJCC buying stuff there today. This place was even featured on Toy Hunter last season. My buddy Greg, who collects Super Powers toys meet up with me also to hang out.

They had 790 some lots to sell today. Everything from trains to Lego to comics to action figures. They had two Silverhawks Maraj ships as well as two Cobra Terror Drome playsets up for sale. I didn't have the winning bid on any of them, but they were the items I was most interested in. They had several carded vintage Star Wars figures as well.

I did end up making one purchase, a lot containing random Teenage Mutant Ninja Turtles merchandise for $20. It's nothing to get to excited about, but it's fun to buy something if you hang out all day at an auction. 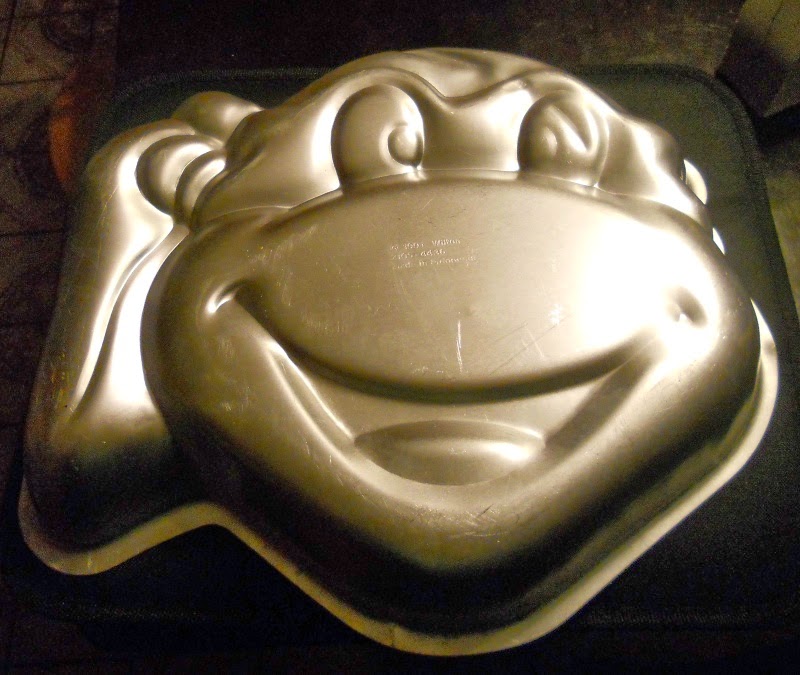 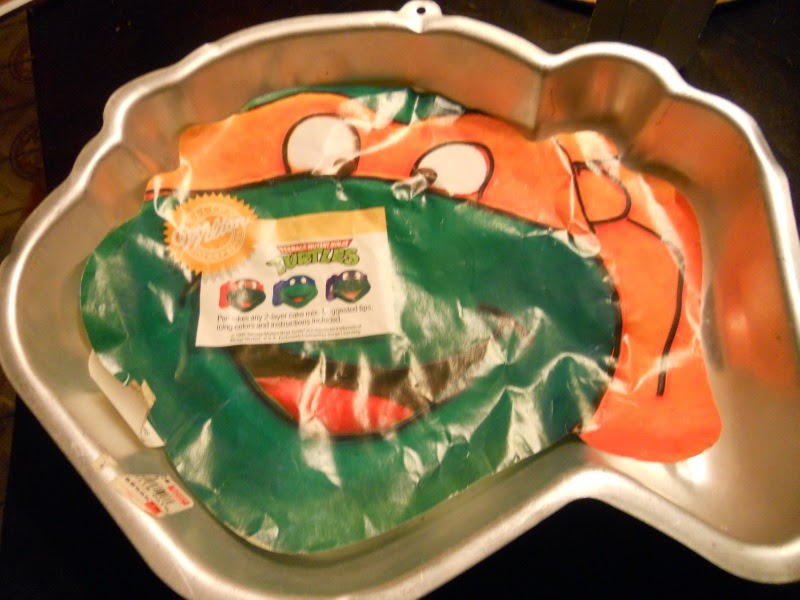 The item that most excited me in the lot was a Winton Cake Pan. I have a few other licensed cake pans in my collection. They hang on the one wall in my kitchen. The paper insert is in kind of rough shape, but that's not that important to me. There is a little bit of a ding in the pan, but I've already pushed it back out part way, and I think I can finish fixing it up pretty well. 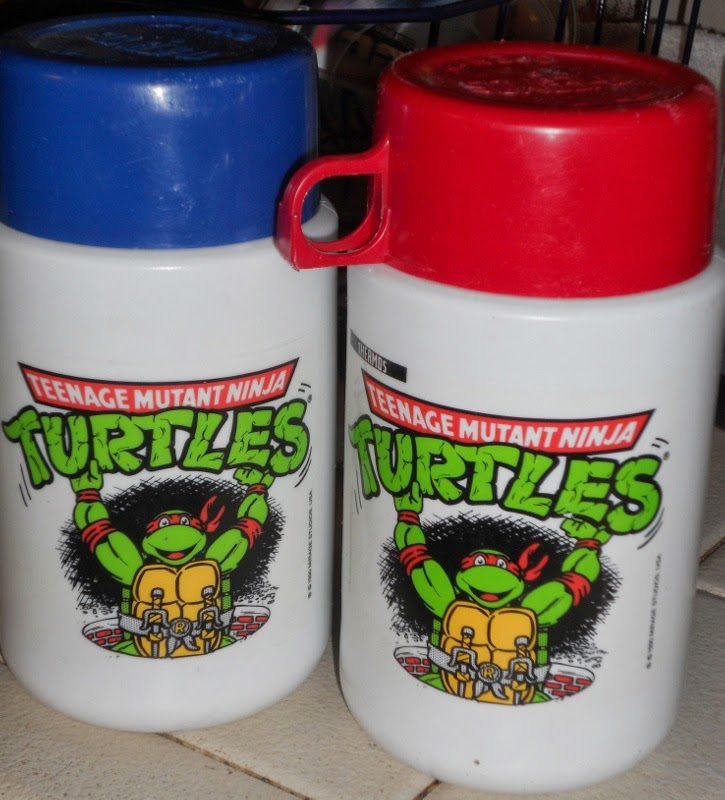 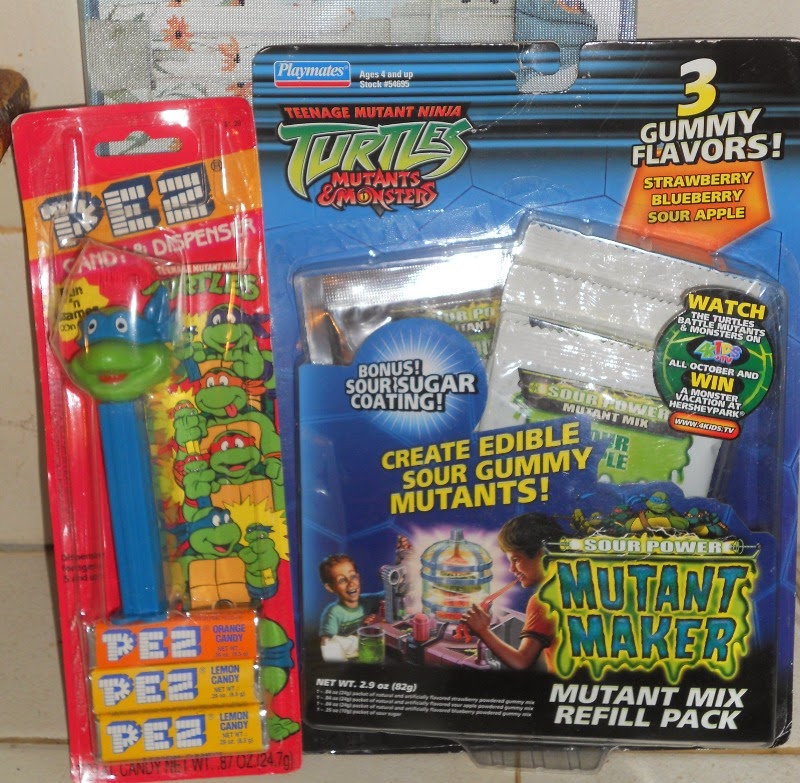 The lot contained two TMNT Thermoses. The art featuring Raphael on them is identical, but they have different colored lids. I'm going to have to do some research to find out which one is correct, or if it came in both colors. There was Leonardo Pez dispenser which is carded, but the bubble is lifting. There is also a pack of TMNT gummy snacks for use with a creepy crawlers oven. This is from the 2000's relaunch turtles line. 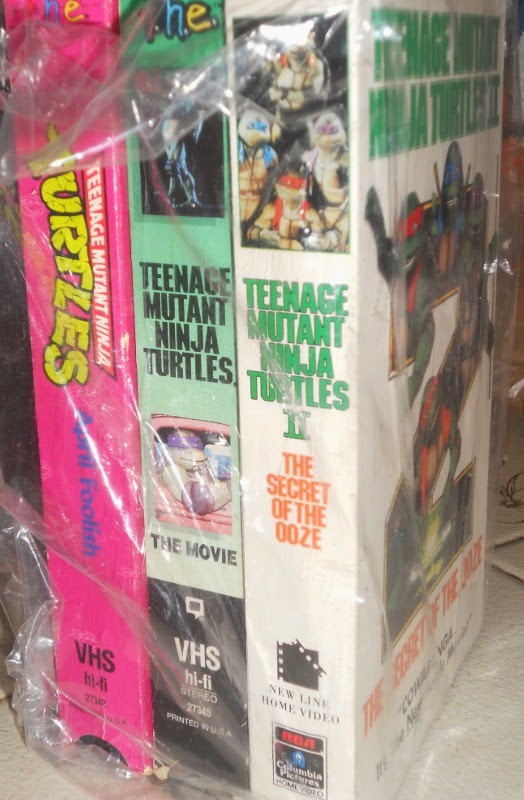 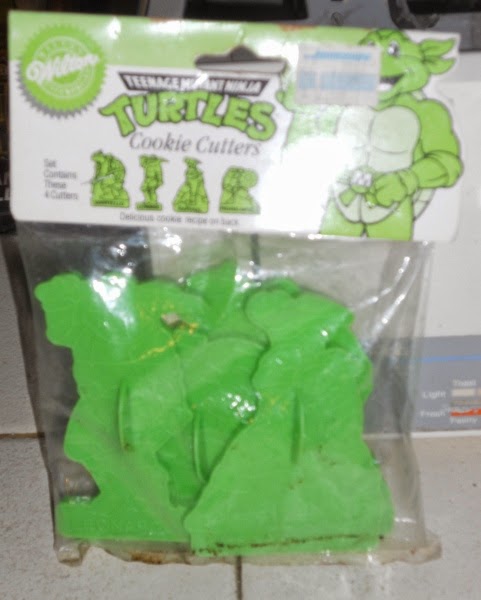 I got VHS tapes of the first two live action Turtles films as well as a tape of one of the cartoon episodes. I also got a sealed set of plastic Ninja Turtles cookie cutters. I know we would have used them with Play-Dough when I was a kid. There is one cookie cutter of each turtle in the set. 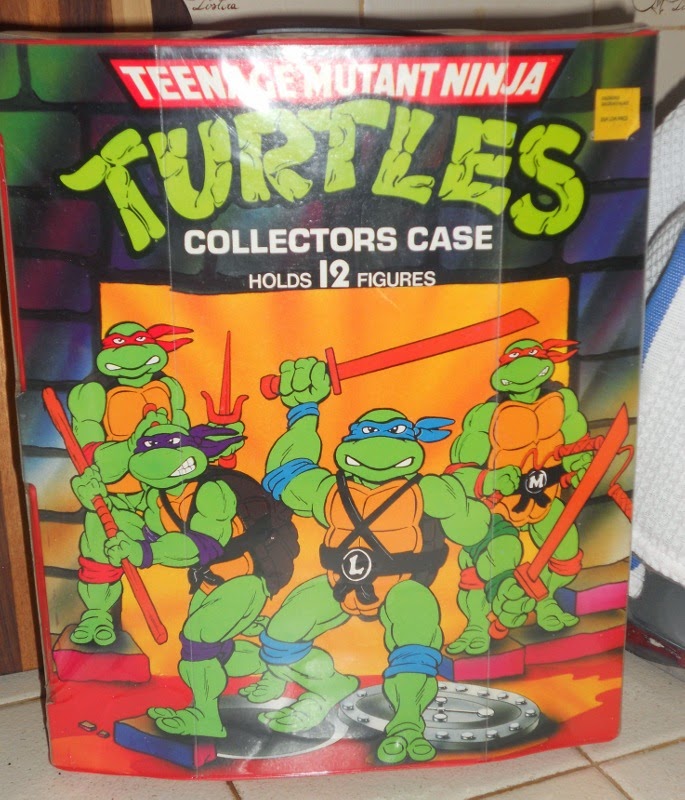 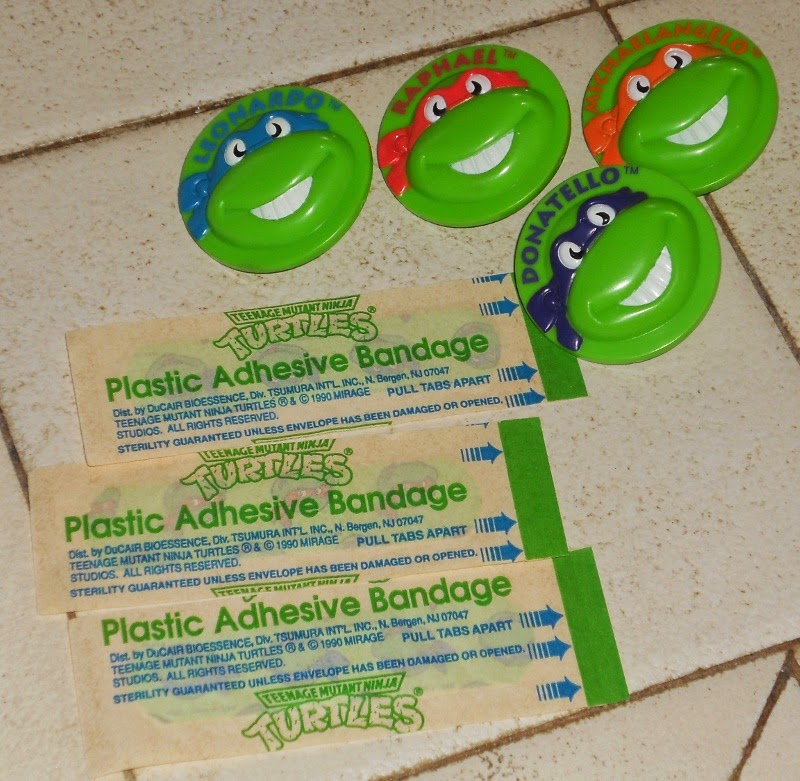 I got another Teenage Mutant Ninja Turtles Collectors Case. The case is in really awesome shape and includes the tray inside to hold the toys. I get a set of four Turtle medallions. They have little clips on the back, I think they clip onto shoe laces somehow after you tie your shoes. I remember seeing other things like them in the 80's. I also got three vintage plastic adhesive bandages featuring the turtles. I'm tempted to open one up and see if they are still sticky. 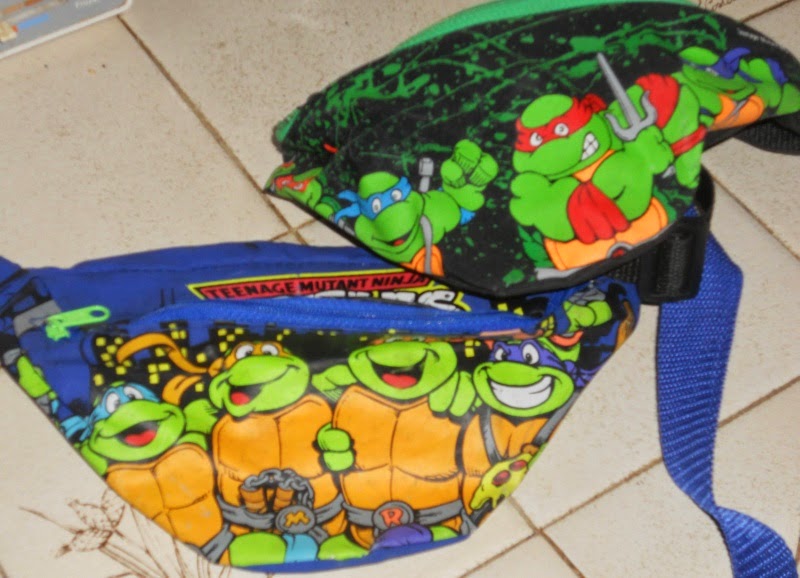 The lot also included two kids sized fanny packs. I used to always wear my fanny pack to go to yard sales and flea markets when I was a kid. Of course they were in style back then. I even had a Turtles one as a kid, but it was different from both of these. I think I sold it for $5 on ebay in 2002. I wonder if my niece would use one of these? She's only two. The one in the lower left has some pretty unorthodox turtle art on it. The one item in the lot that really took me by surprise was the handkerchief below. It was folded up and in a plastic bag that was taped up in the lot, so I didn't see the full thing until after I won the auction. It features the four Turtles, Shredder, Wingding, and Ray Fillet. It uses the same art work as a Colorform set I had as a kid. There is also a baby turtle at each corners. 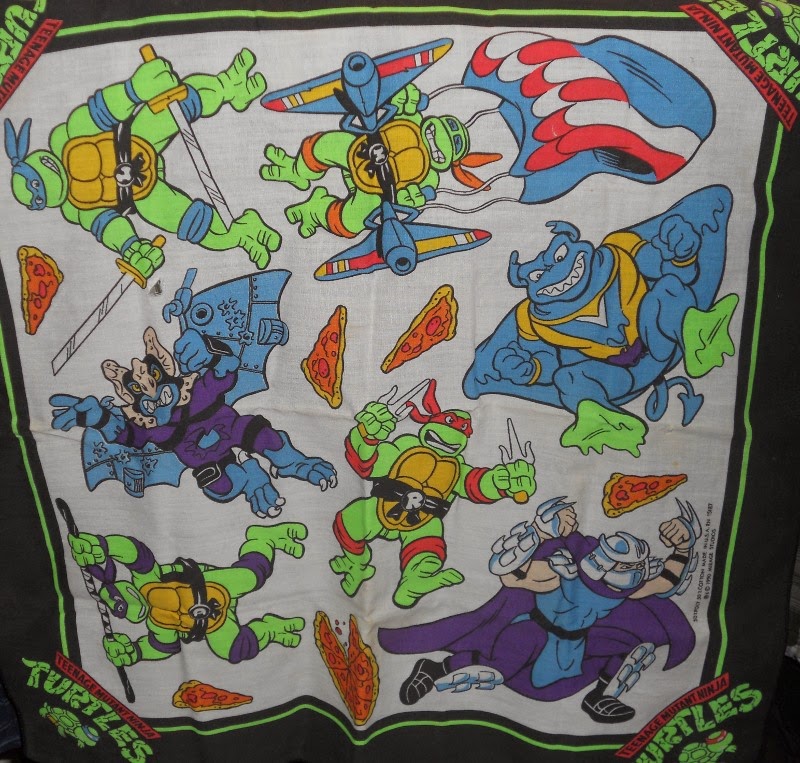 There was another similar lot that had licensed merchandise from several 80's brands that I wanted to bid on, but my buddy Paul stated bidding on it. I didn't want to fight him for it. I ended up buying these He-Man party favor ball games off of him. We gave these out as favors at my Birthday party when I was pretty young. He got a couple of other cool things including a He-Man kid's sized art smock, Ewoks Kite, Rainbow Brite Puzzle, and Voltron Underoos (sealed). 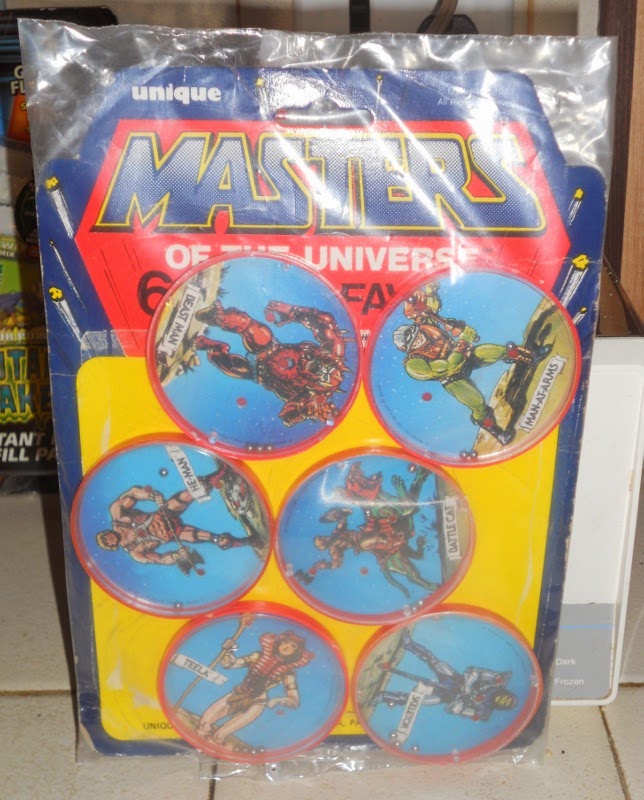