A few years back Hasbro included little plastic mini-figures with their carded 3 3/4" figures. At first they came molded in a translucent blue. Later the figures were released in red translucent plastic. This is not a complete set, but a collection of duplicates figures that I keep in my barrel of plastic men.

Here we have Darth Maul, Darth Tyranus (Count Dooku) , Darth Vader,
and Darth Sidious (the Emperor) all armed with their lightsabers.

I had a few of these on a shelf at school. One of my favorite students was building a model Acropolis for a Social Studies class. We glued an Emperor figure to a dowel rod for the statue inside the structure and painted it gray like the rest of the building. 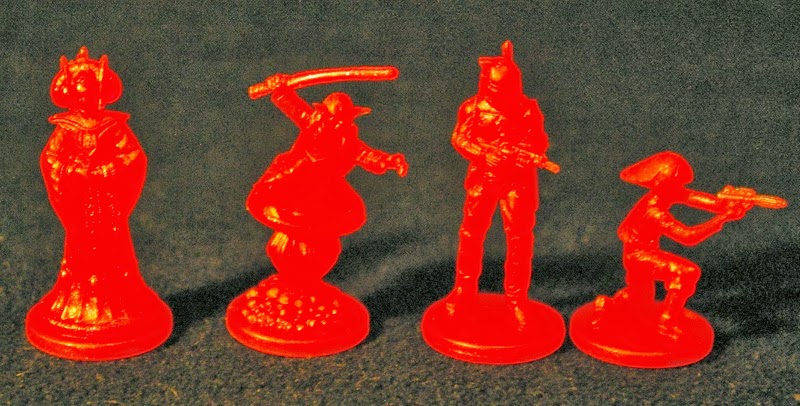 The second photo shows of an Episode One era Princess Amidala, Yoda, Boba Fett, and a Rebel Fleet Trooper. These were a pretty cool pack in item. I preferred the blue figures because they looked like the little hologram projections seen in the Star Wars films.
Posted by Buzz Chuck at 7:27 AM