Most of the Marvel Universe figures I own are X-Men characters. Spider-Man is my favorite individual Marvel hero, so when I saw this villain I had to have him.  The Rhino is a massive beast of a man. The figure features great sculpted details and a nice dry brushed paint scheme. He also has awesome rhino hooved feet. 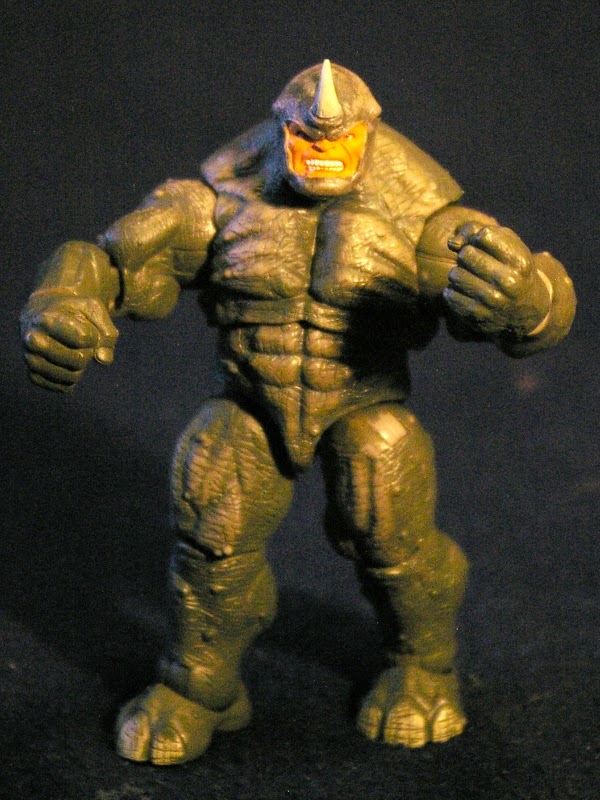 I don't know if it was a common problem with this figure or not, but the right fist pulls out of its ball and socket very easily. If I were a kid I would be extremely frustrated that this toy falls apart while playing with him. Rhino is the first Marvel Universe figure I've had this problem with, but I do have a Street Fighter figure  from Jazwares that has the same issue. 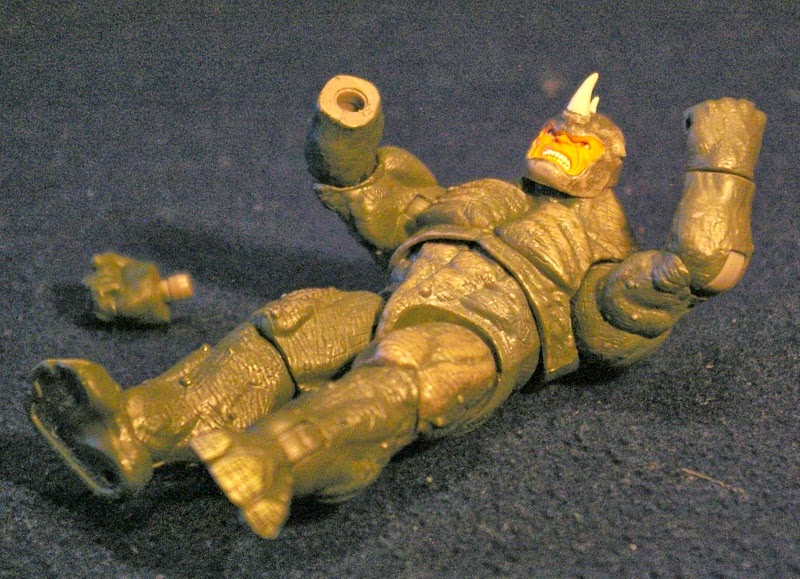 The Rhino figure really is a fearsome foe. He's a great figure and a perfect 3D translation of the comic book character. I'd like to find a few more Spider-Villains. In fact, I need to find some X-Villains. I almost exclusively own heroes from the Marvel Universe line. 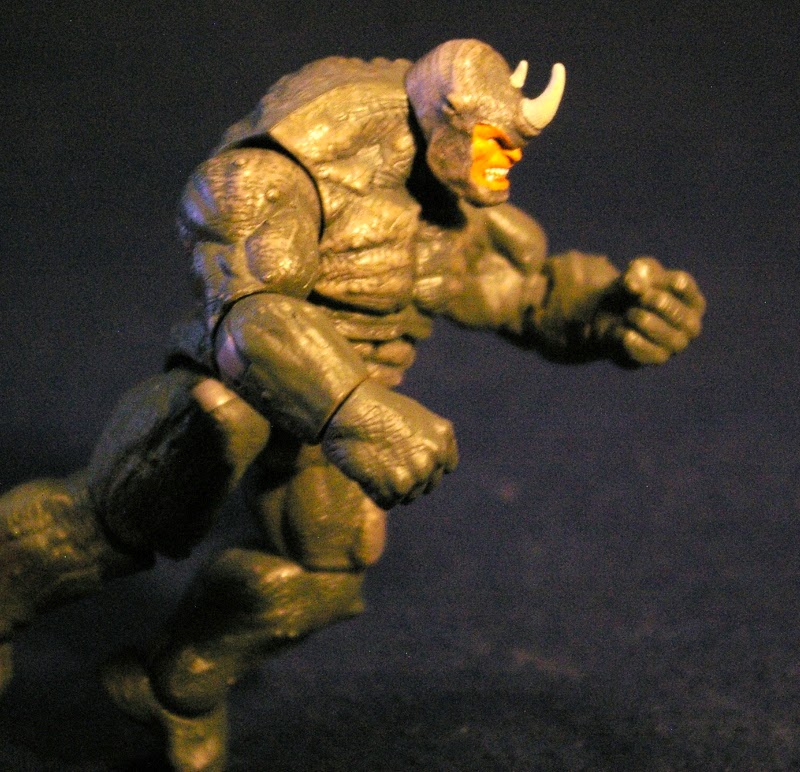