Zodak is the modernized version of the classic Cosmic Enforcer. Mattel (with the help of Mike Young Productions, I assume) changed Zodac from a burly white guy, to Zodak a tatted up black dude. I actually thought Zodak was very cool in the 200x cartoon. He kicked some serious butt. The MOTU Classics figure is basically a repaint figure with a new weapon. It was nice that Mattel was able to work this figure in the line. He sort of tested the water for other repaint characters. 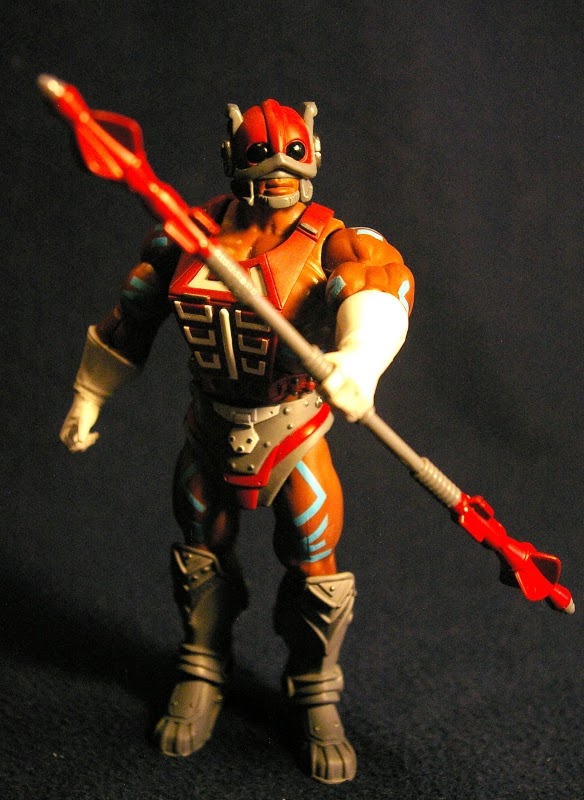 Zodak has bright blue tattoos painted on his skin. In the cartoon they would glow giving him a powered up apearance. Zodak also frequenly removed his helmet in the cartoon, but it took several years of  the line before they were able to release an alternate head, packed in with Strobos. 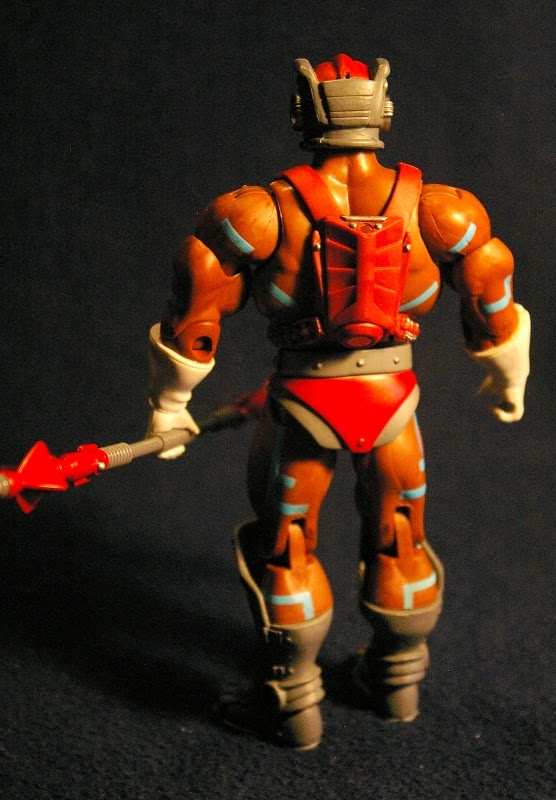 Zodak's one accessory is a staff that shares a lot of the same details as Zodac's gun. I like this 200x styled boots and loin cloth. They make his stand out from many of the furry underpants wearing heroes.
Posted by Buzz Chuck at 6:26 AM