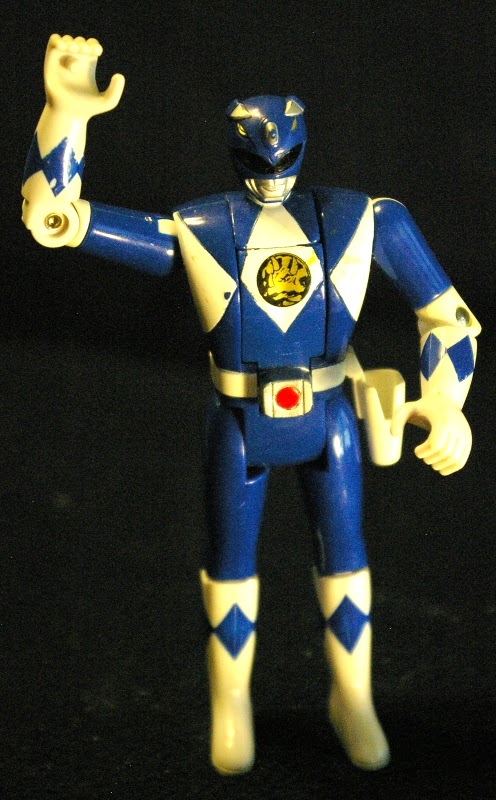 The Auto Morphin Power Ranger figures had special spring loaded chests that could :morph" from teenager with attitude to Power Ranger with the push of a button disguised as the  morpher on his belt.

I only had the Green Ranger as a kid, because he was my favorite... and I was kind of old for toys by the time the original Power Rangers was on TV.

At some point in college, a friend and I came up with an idea for a Power Rangers spoof that was to be another stop motion animated project. I bought a set of Auto Morphin Rangers off ebay, but we never made the video. Years later, my interest in Power Rangers has returned, and now I'm happy to have these in my collection.

I don't think Billy was anybody's favorite Power Ranger, but he played a very important role in the show and the brains and inventor of the team. 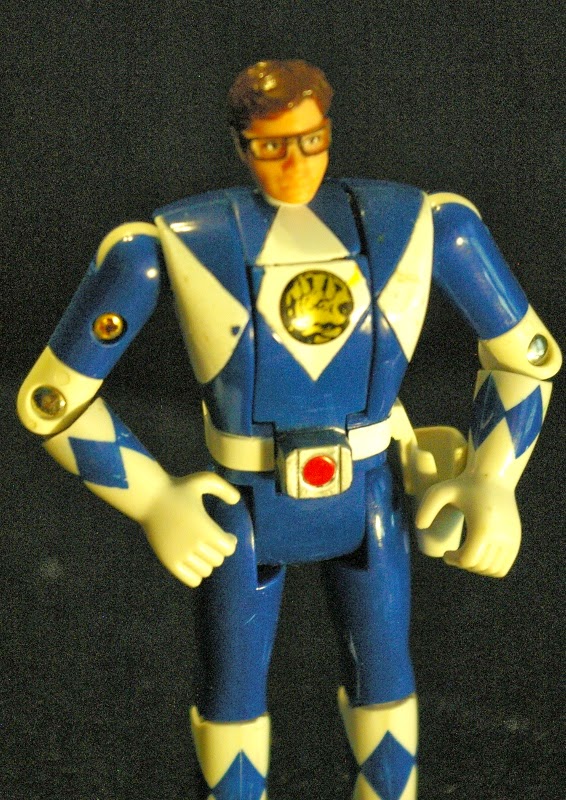 Like all the Auto Morphin Rangers, Billy's Blue Ranger helmet is a little small. His teenager head is a decent likeness to actor David Yost, but none of them were really great. I assume they didn't have actor likeness rights.

Like all the early 90's MMPR toys, the Blue Ranger has a large Triceratops coin paint application on his chest. Not show accurate at all.

Along with his power morpher button on his belt, Billy also has a working holster that can hold his blade blaster weapon. All the Auto Morphin Rangers came with an all white plastic blade blaster weapon in blaster mode. They also came with a silver version of their main power weapon. The Blue Ranger's being the Power Lance. The lance is a bit short, but does break into two pieces. My favorite thing about the silver weapons is that they could connect to form the large weapon that rangers used on occasion to defeat enemies, right before the monsters would grow. I found the lance in a lot of weapons I bought at a flea market. 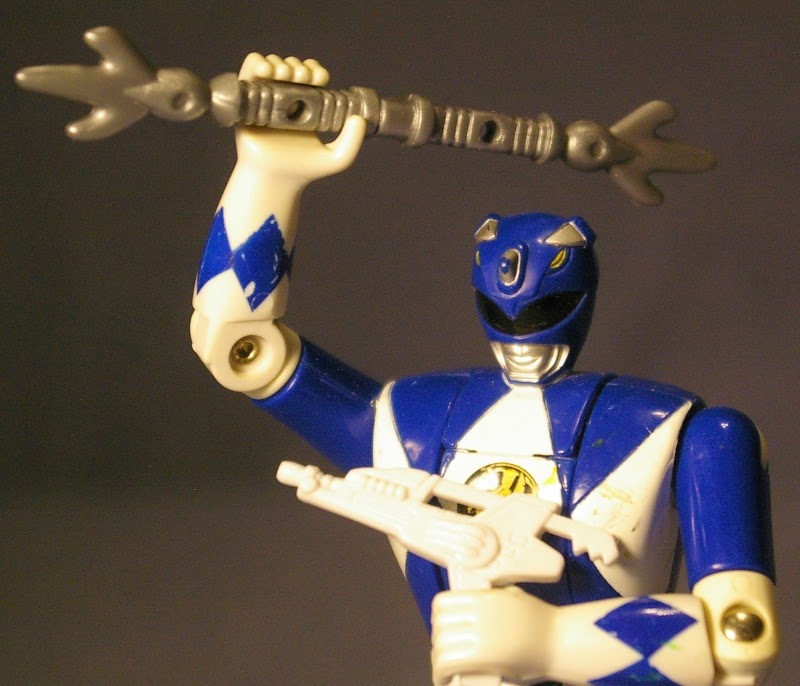